Slogan on cover of the press book: “Ideas separate us, dreams bring us together.” 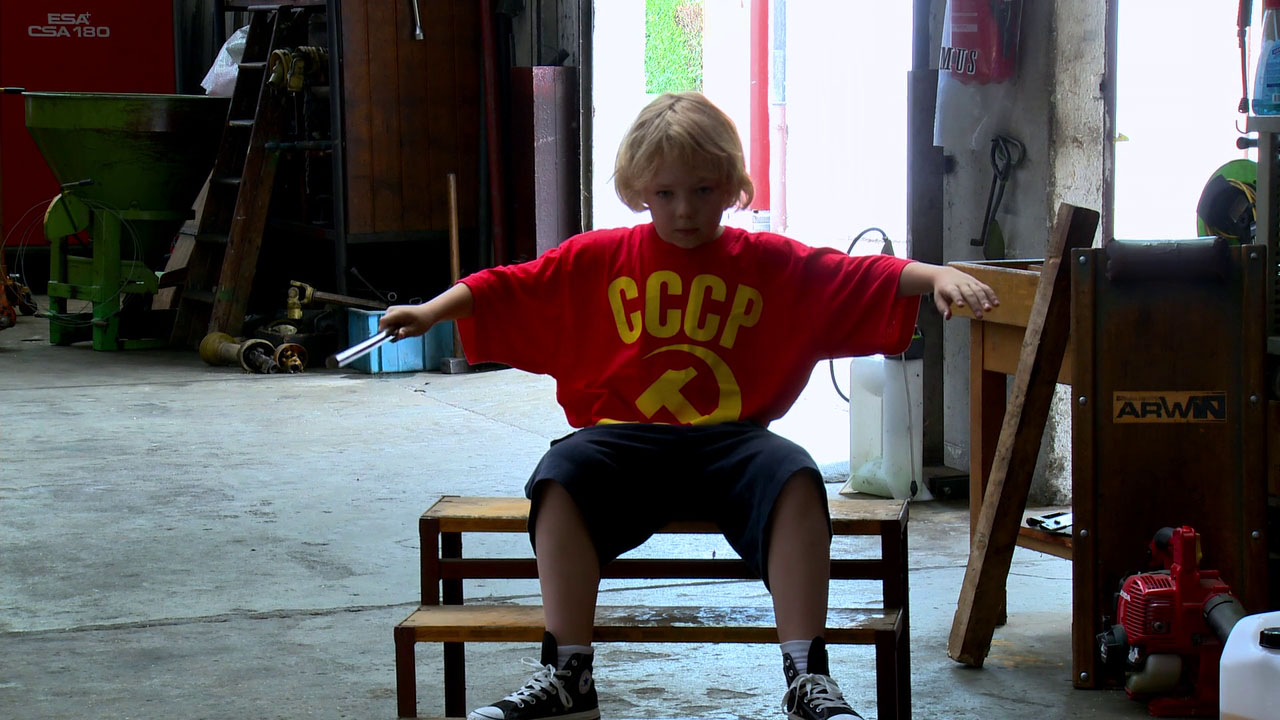 An essay film without the essay? At least he’s removed the parts of his argument that would allow a simpleton like me to follow along. So far my experiences with Late Godard: I loved Nouvelle Vague even if I rarely understood it. Repetition, layering, stolen quotes as dialogue, showy editing of picture and stereo sound. Also, traditionally gorgeous cinematography and a somewhat decipherable story – both of which disappeared for Histoire(s) du Cinema and Éloge de l’amour, where the layering is increased and I’m less able to follow what he’s on about. Couldn’t make head nor tail of Notre Musique, which I saw in theaters with no preparation. 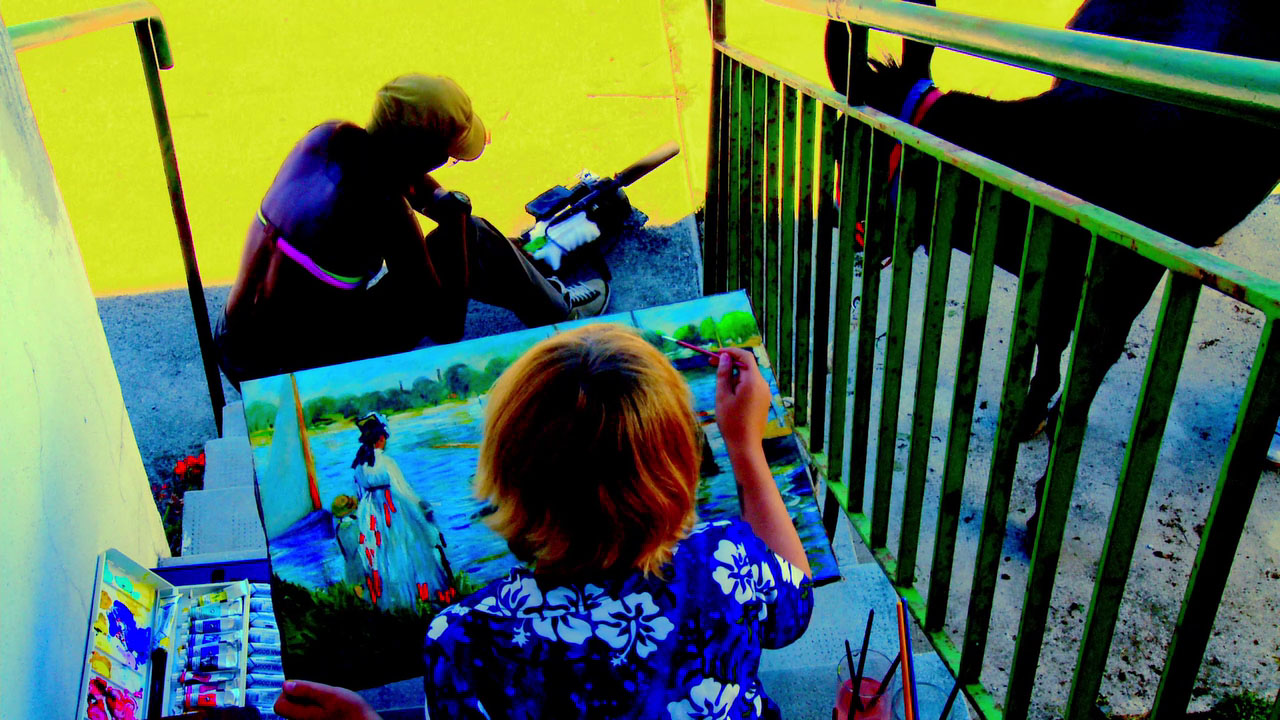 So now Film Socialism(e) seems like an Éloge de Histoire(s), the onscreen text and stuttery editing and quoting, rambling scenes and an (apparent) essay film with an (apparent) narrative short dropped in between them, all to mysterious purposes. A mix of cameras: wind noise and low-res picture, then sleek HD with the colors enhanced. Apparently full of wordplay that makes no sense in translation, hence the poetically incomplete English subs in the premiere (not the version I watched). Hard stereo panning, as I discovered re-listening to the movie in headphones while searching for articles online. 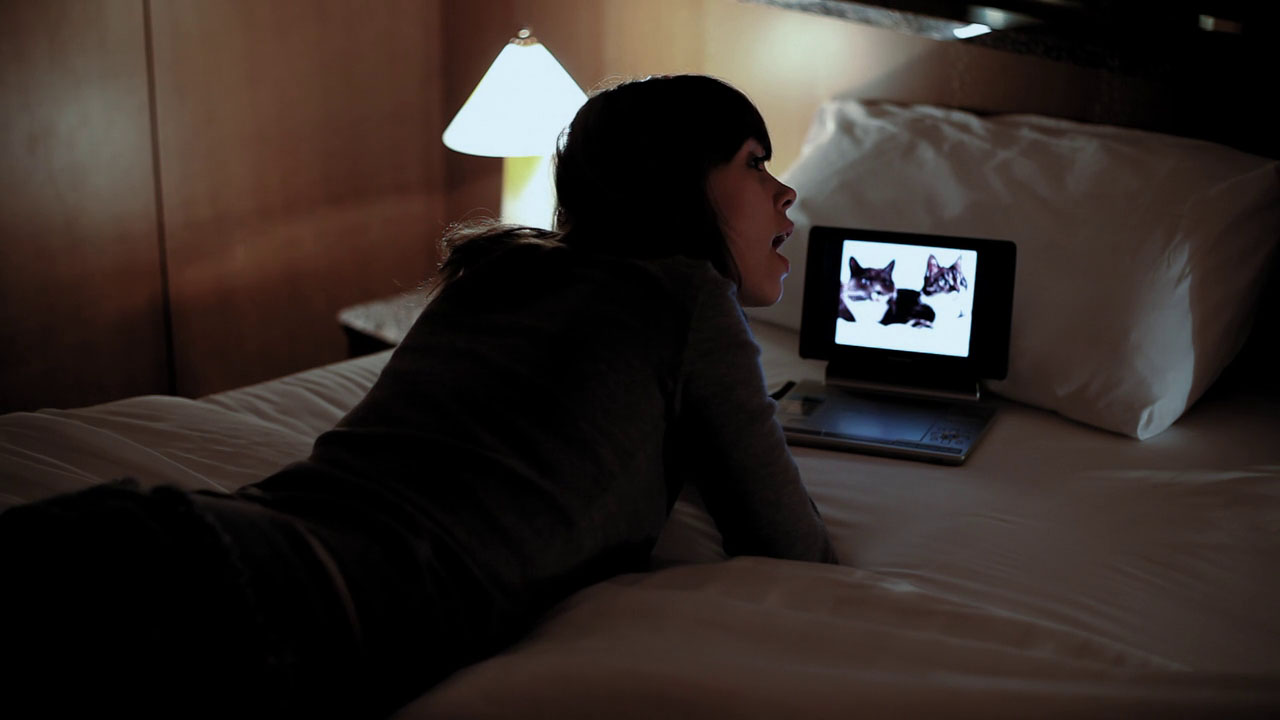 “It’s impossible to propose an off-the-cuff interpretation of an object we wouldn’t know how to describe” – the Film Socialisme Annotated article found on Moving Image Source.

Film Socialisme in the news: an economist in the first section was killed in the Charlie Hebdo attack and the boat on which it was filmed sank. 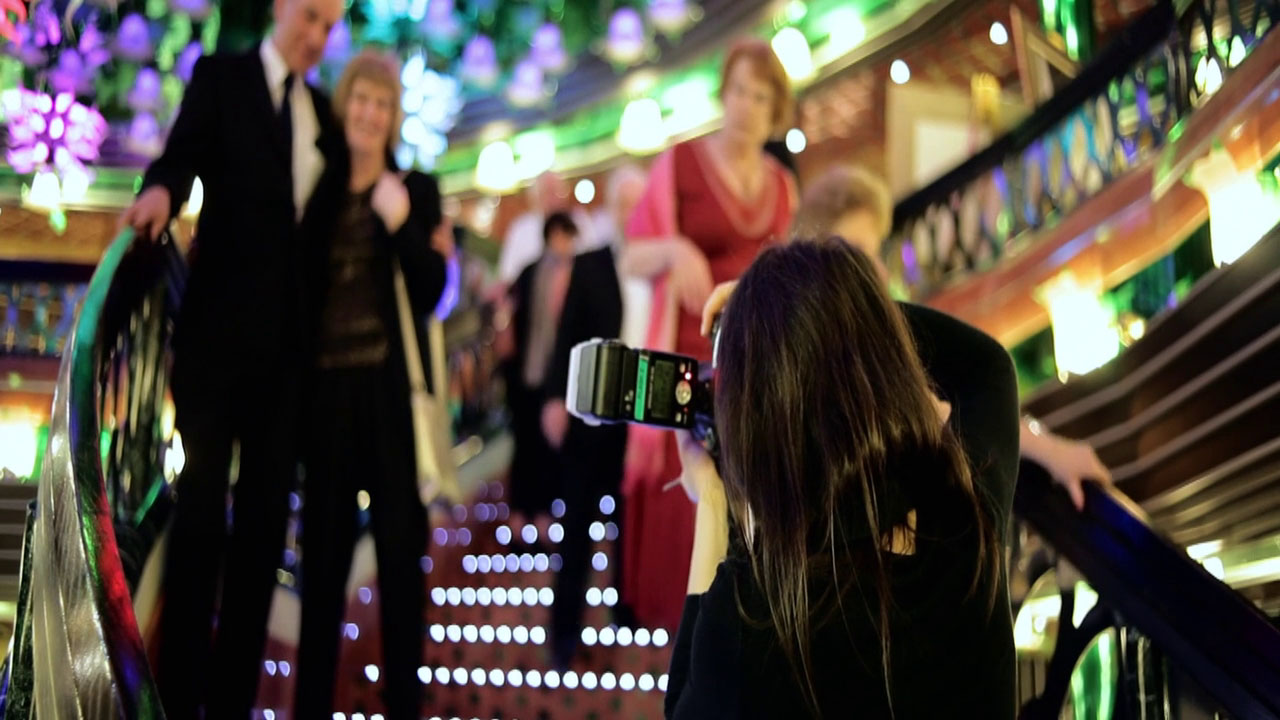 Focus of the third section: 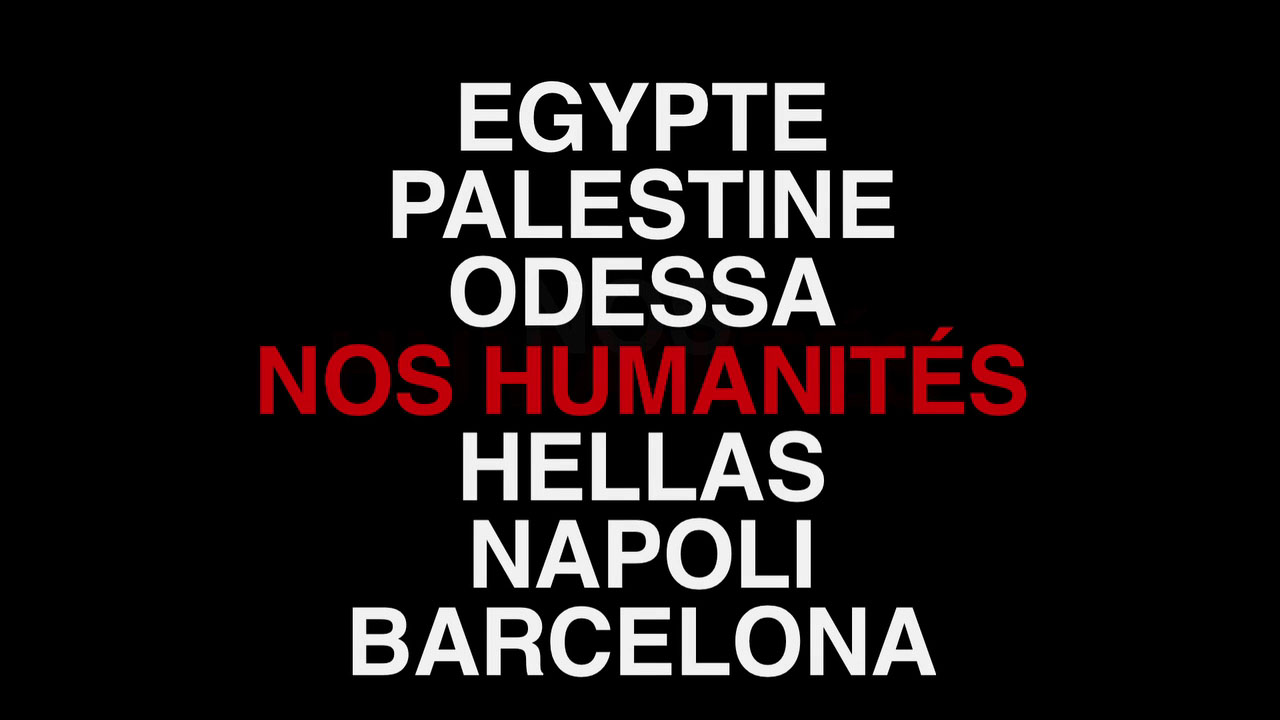 “The day will come when language will turn itself against those who speak it,” presumably related to his next feature Adieu au langage, but I prefer to think of Pontypool.

Played in Cannes alongside I Wish I Knew, Aurora and The Strange Case of Angelica. 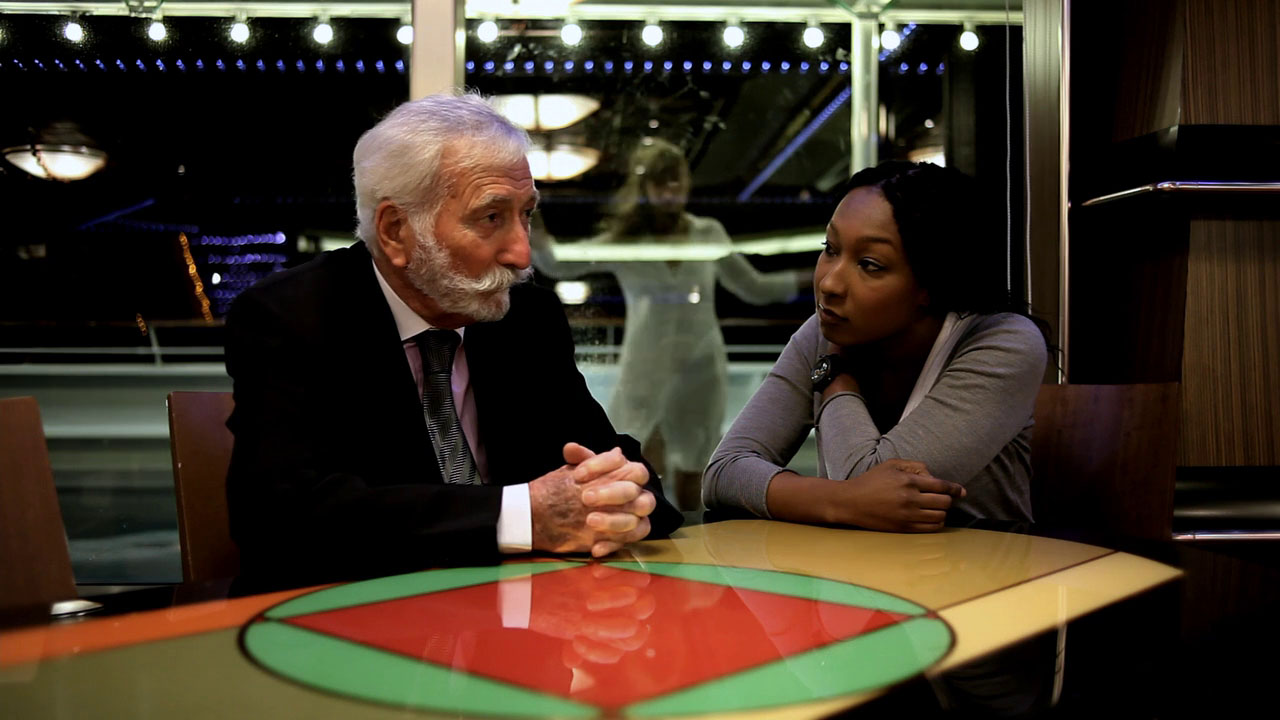 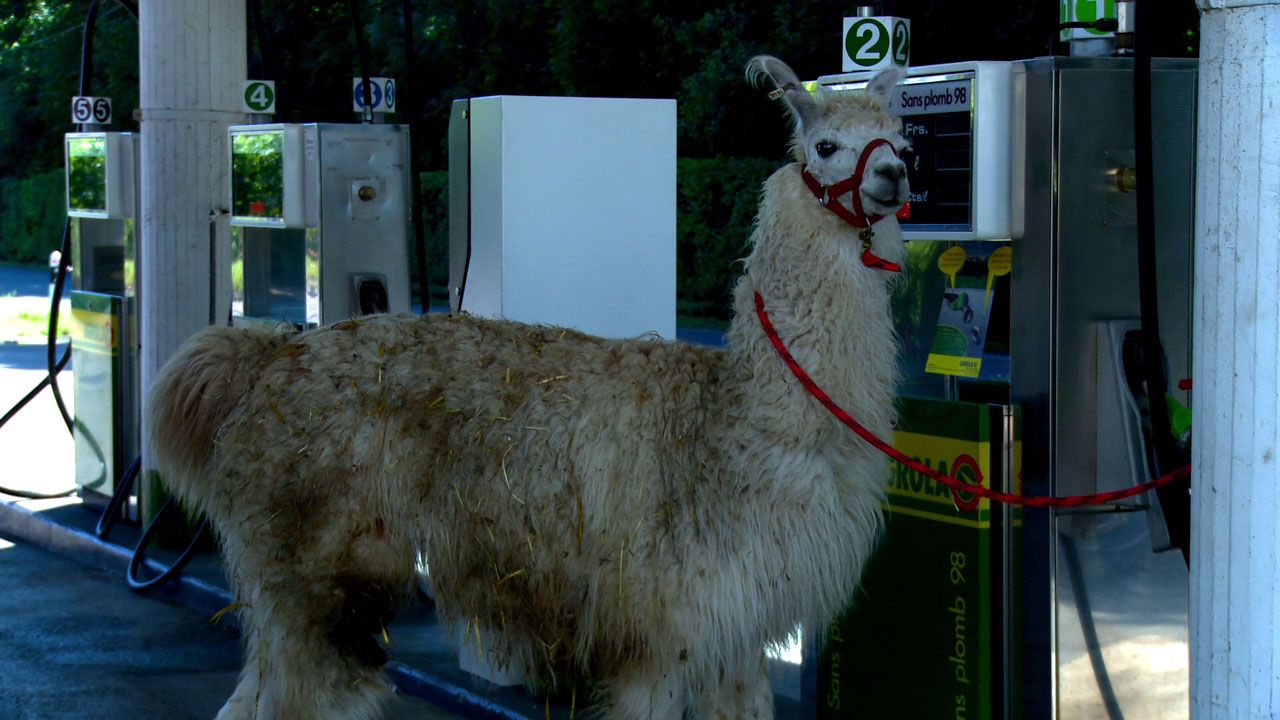 Excerpts from A. Picard’s article for Cinema Scope:

The first section of Film Socialisme, or “movement” (as this film, also, is about notre musique, our harmonies and disharmonies), takes place on a cruise ship touring the Mediterranean; the second follows the French family Martin who run a garage and are hounded by a camera crew after one of its members announces a candidacy for the local elections; and the third is a coda collage … Editing images so that they emerge as the visual equivalent to his infamous aphorisms, Godard has increasingly become “interested not only in thought, but in the traces of thought.” … French philosopher Alain Badiou delivers a speech on Husserl to a large, empty room filmed in a long shot emphasizing the space and weight of absence. Godard says an announcement was made over the loudspeaker inviting all passengers to attend and not a single soul showed up. 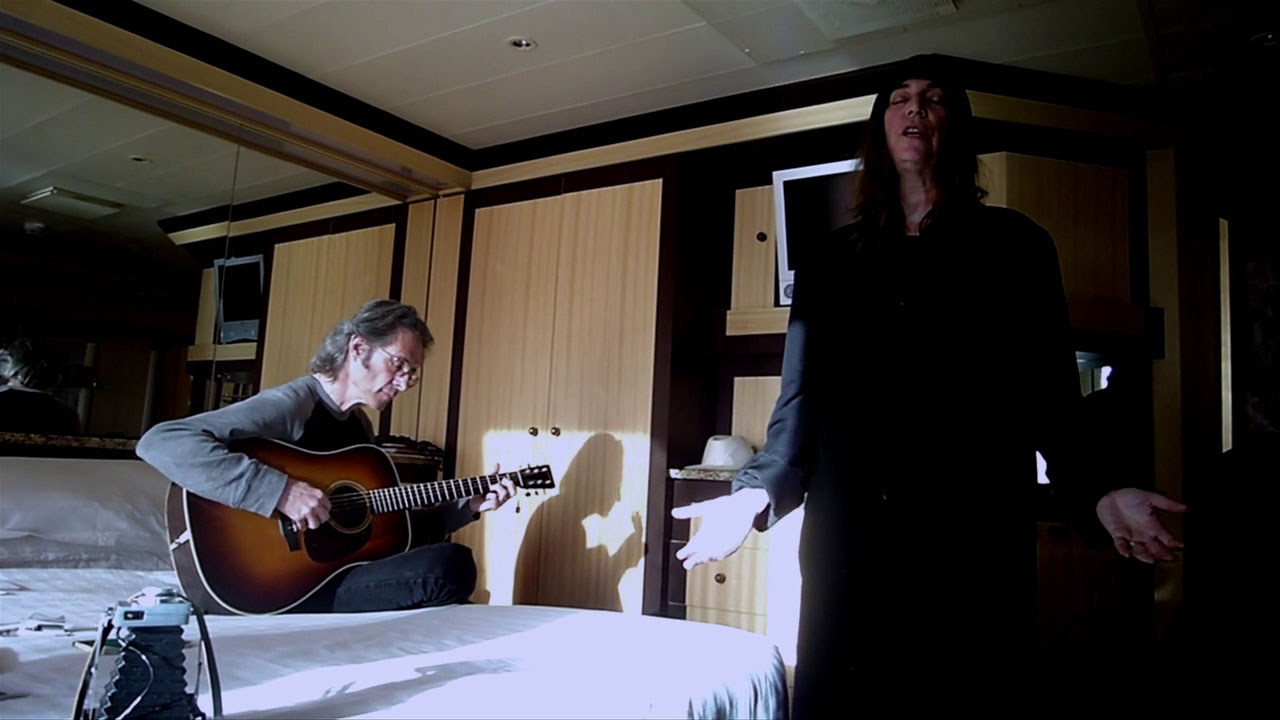 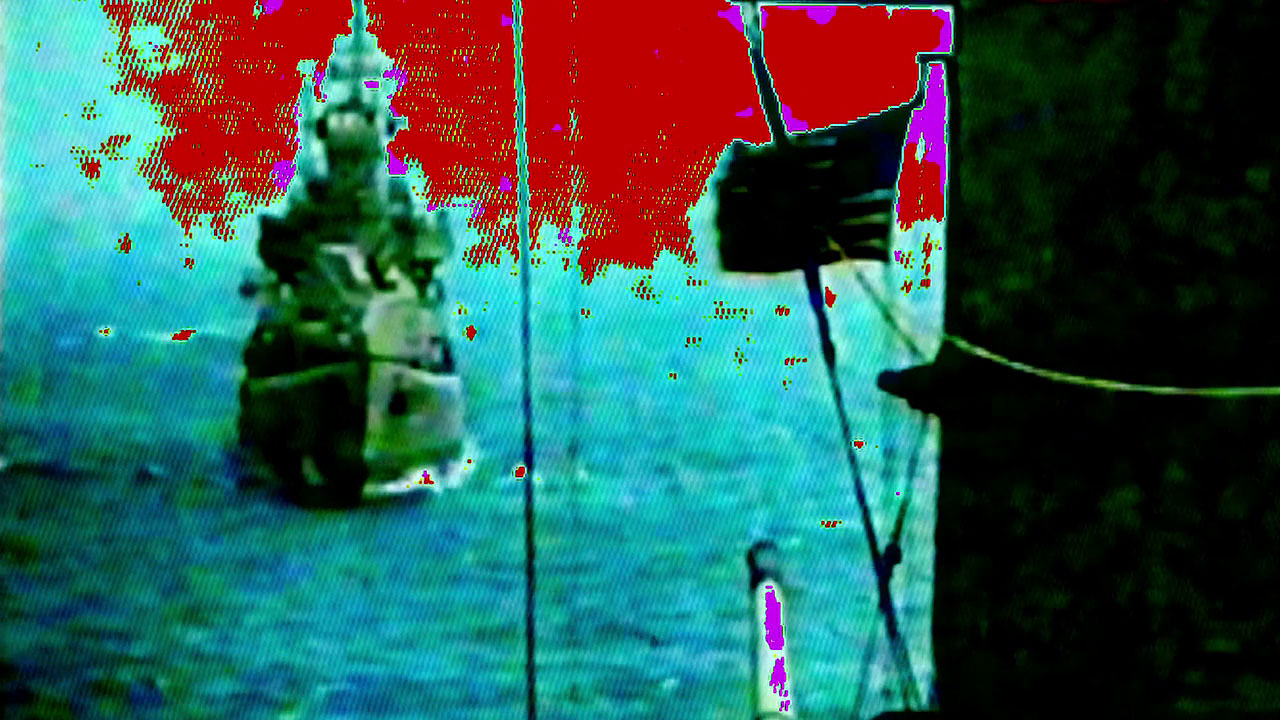 from Godard’s interview in Telerama:

“Palestine is like the cinema: it’s searching for independence.” 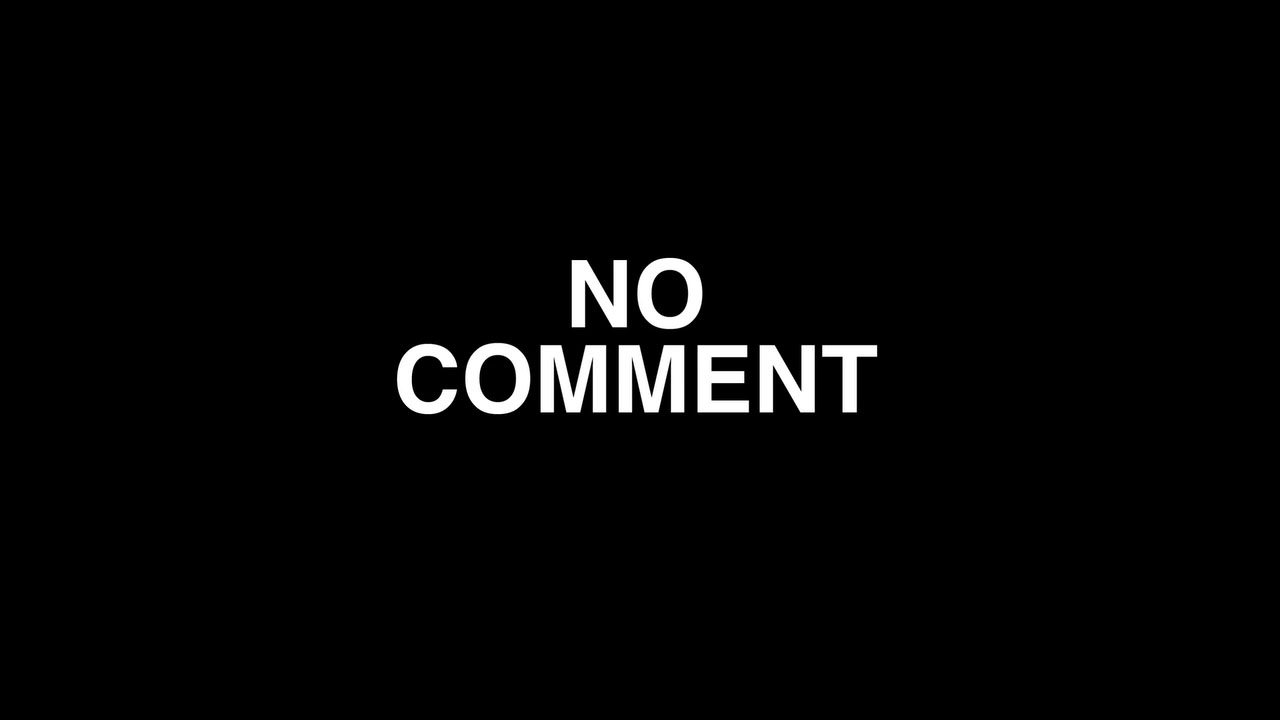