I’m finally getting to this, Demy’s feature follow-up to Lola, still in his talky black-and-white period before exploding into song and color the following year. The story of an easily led young man (Claude Mann of Army of Shadows and India Song) who gets hooked on gambling by his friend (Paul Guers) then spends a week in Monaco with excitingly self-destructive career gambler Jeanne Moreau. 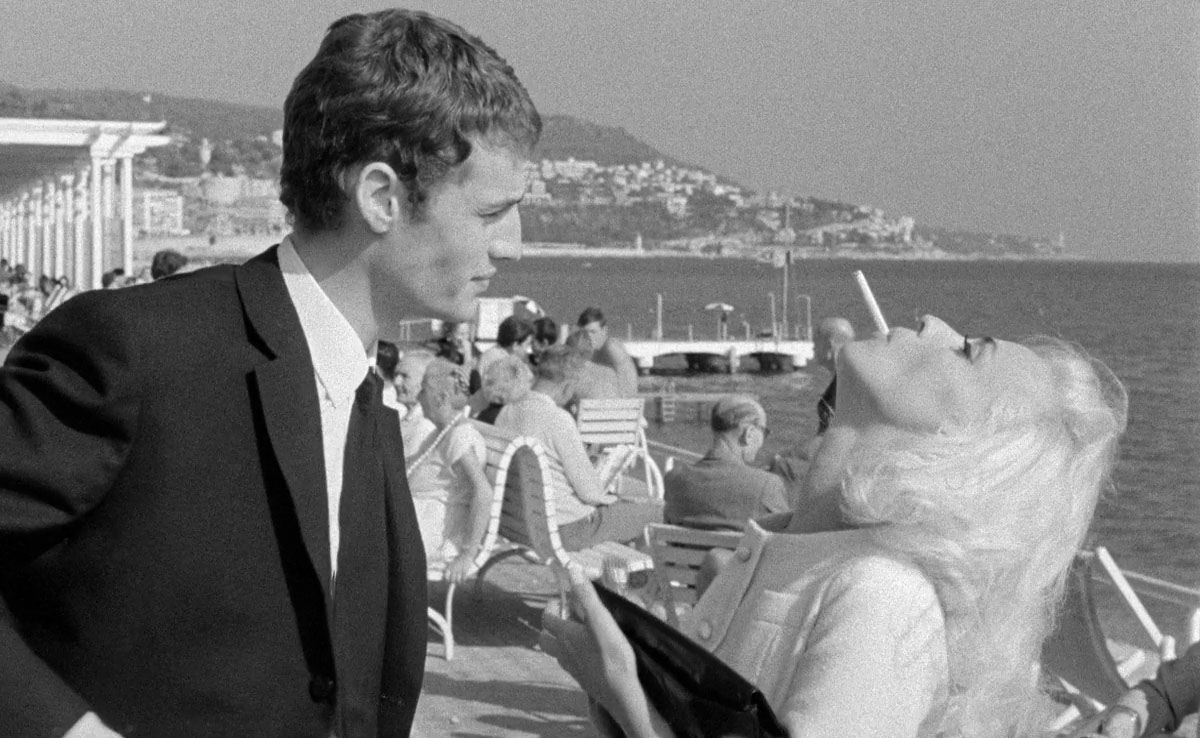 “If I loved money I wouldn’t squander it. What I love about gambling is this idiotic life of luxury and poverty. And also the mystery – the mystery of numbers and chance.”

Moreau is a sympathetic outcast – not just a single mom, but one who has abandoned her family for her own freedom, something unimaginable at the time. Claude isn’t so sure about the lifestyle, is inclined to hoard his winnings and wants to get back to normal life eventually, but he immediately falls for Moreau enough to forgive her recklessness and infidelity. She disappears more than once – they do end up together in the final shot, but who knows after that. 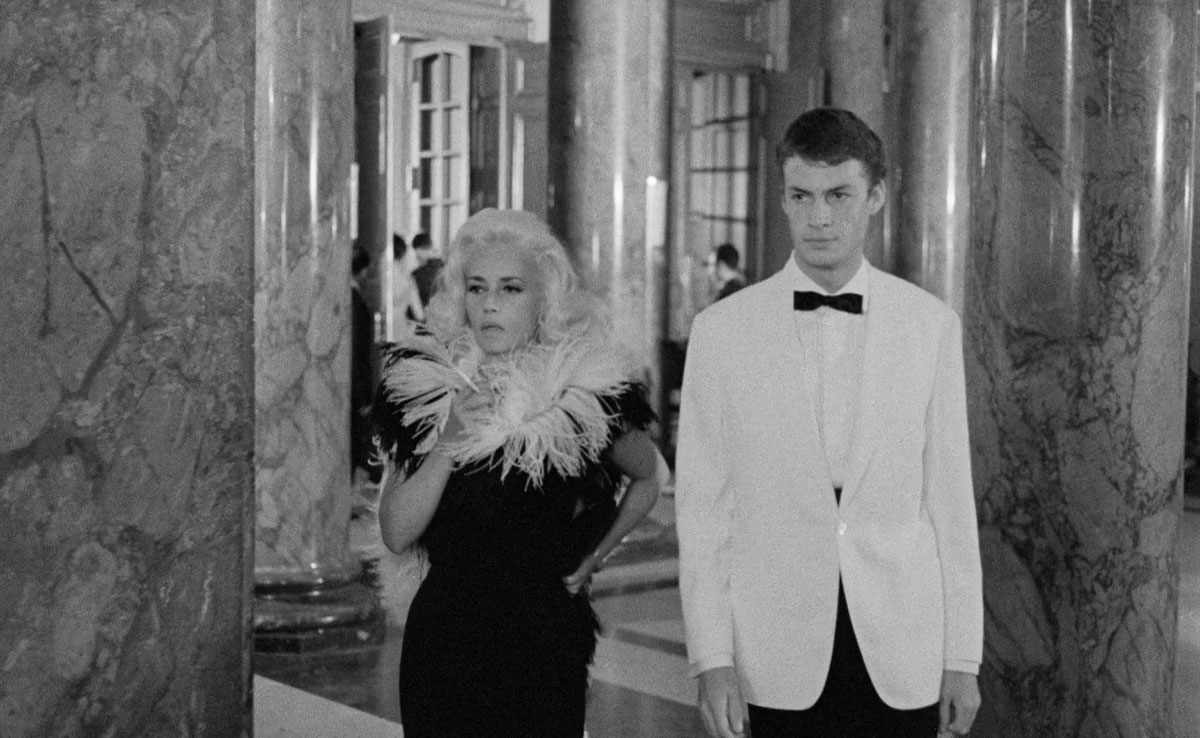 Bay of Angels takes place, as Demy’s movies always do, in a kind of Wonderland, where the rules of ordinary life seem to have been suspended for a while. (And like Lola, The Umbrellas of Cherbourg, and 1967’s The Young Girls of Rochefort, the setting is near water, in port towns, where everything feels provisional, a stop on the way to somewhere else) … The gambling scenes are montages cut to a quick tempo, using mostly dissolves, and pass by in a dreamlike blur, the wheel turning, the players betting and watching, the croupiers brisk and impassive. In every other scene, the takes are long and fluid, without many cuts — they have a wandering, leisurely rhythm. The alternation of styles gives the movie a tension that has nothing to do with conventional suspense. In Bay of Angels, as in no other movie about gambling, whether the players win or lose feels fundamentally irrelevant. The experience is all that matters.