Single-take camera move (always on the move) through a crowded park in Chengdu, China – further into the center of the country than Katy will travel this month (while I watched this, she was some 900 miles east, in Shanghai). There’s dancing and games and crafts and napping and work and food and commercial demonstrations and so much music – I don’t think there’s a moment where you can’t hear live or recorded music playing. 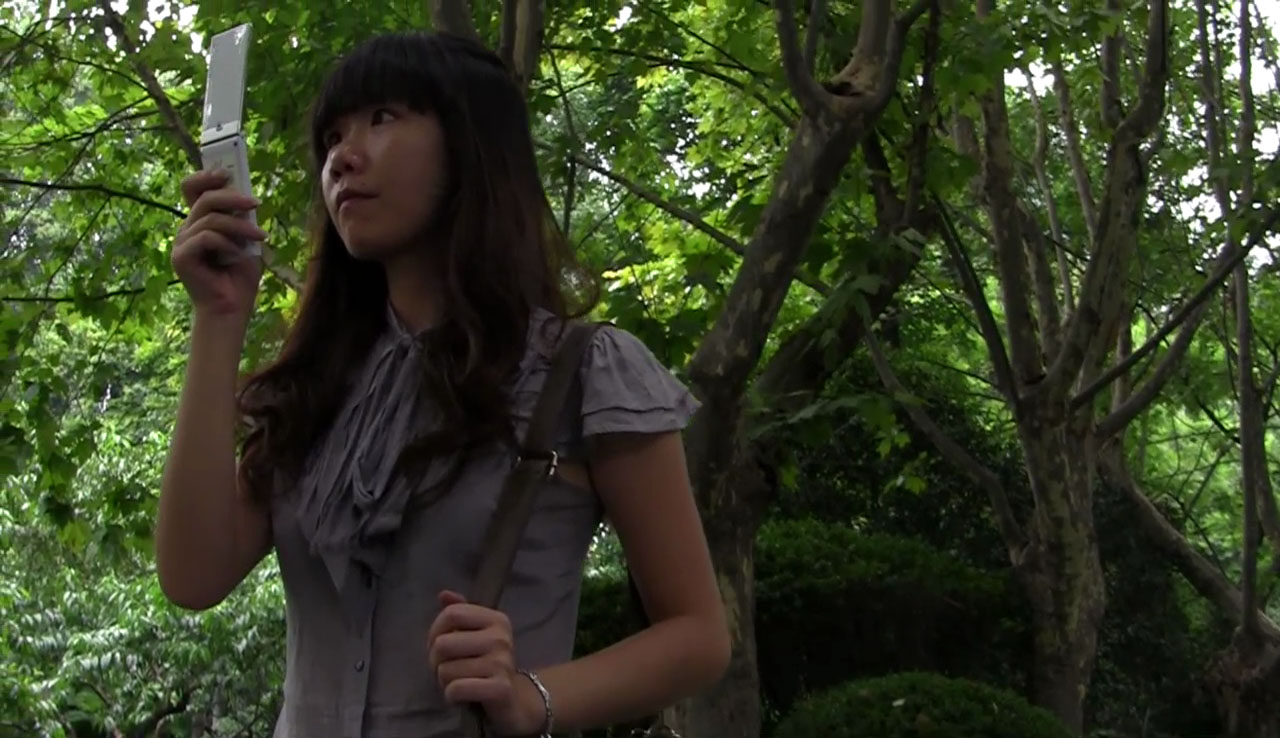 The camera seems to be waist-high (I later learned that Cohen held the camera while Sniadecki pusher her in a wheelchair), and it’s not hidden – people stare back all the time, and most of my interest in the movie (since the park itself isn’t historically/architecturally fascinating) comes from watching the people, and seeing their reactions as they watch back. I wouldn’t say there’s enough people-watching interest to justify its full 75-minute length though, and roaming a park from my couch kept making me wanna get up and go outside. Funny how far removed this felt from last week’s people-watching doc Austerlitz. The ending is good, the camera circling around a crowd watching a dance routine then breaking through into the center, ending on a great image. 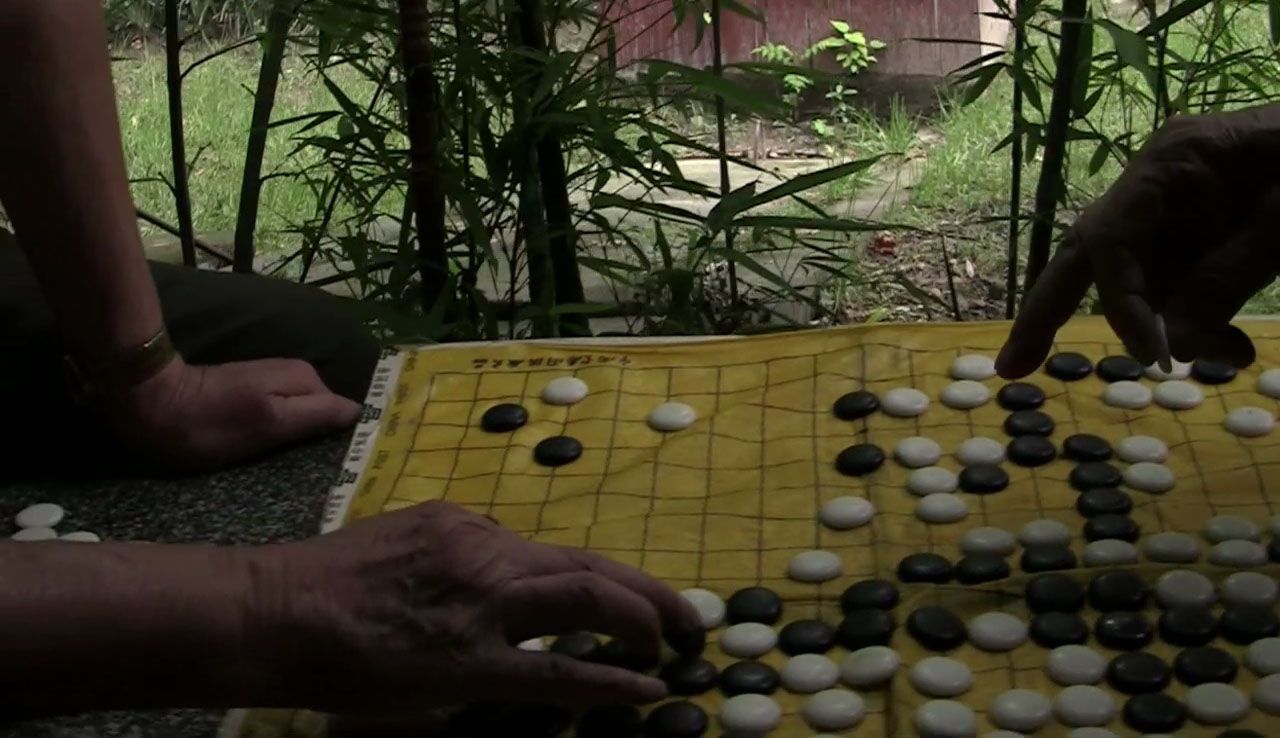 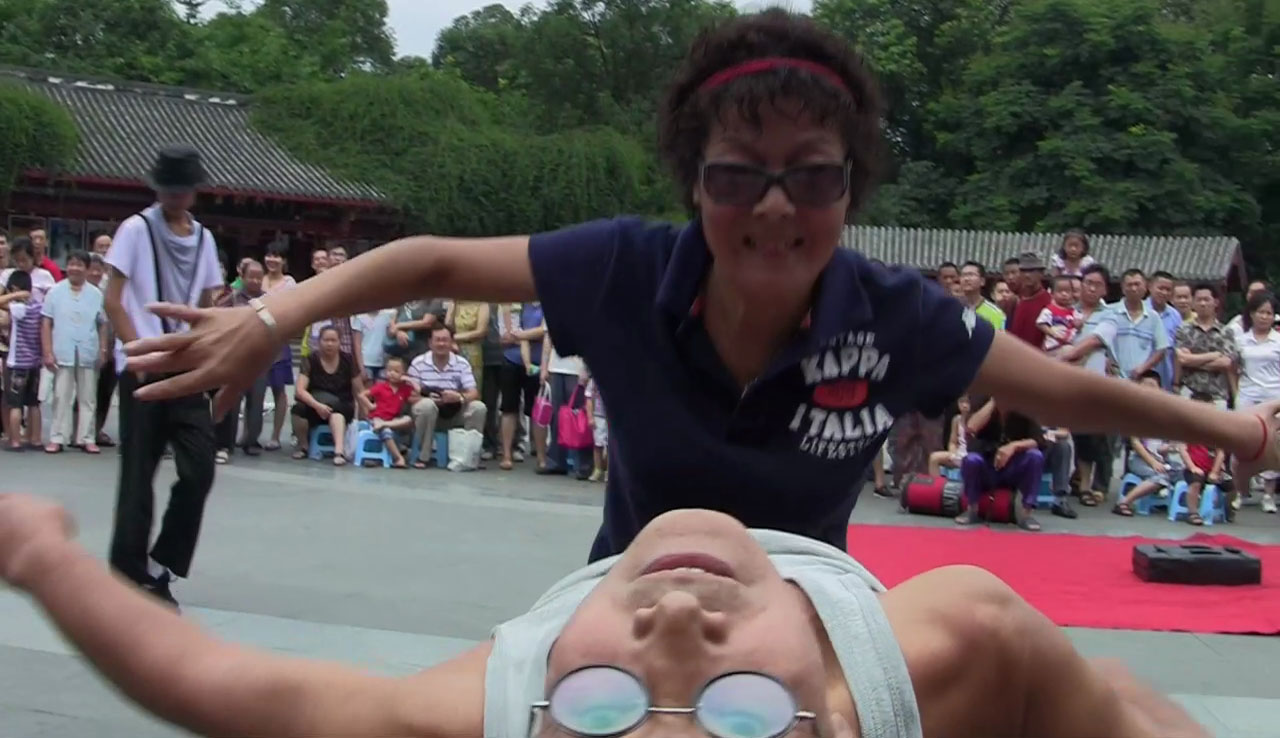 Dennis Lim got the press kit:

Over three weeks they shot 23 takes ranging from 45 to 100 minutes, with many more aborted because of mishaps like miscommunication with each other or children running into their path. The final film… uses a 75-minute segment from the 19th try.

In a film with such an evident voyeuristic aspect as this, one usually expects to see the shot at eyes height; but, instead, the vantage point in People’s Park is lower, an unexpected perspective which sometimes breaks with the more repetitive patterns of some of its moments and procedures … There is undoubtedly an element of intrusion in these images: people often look straight at the camera suggesting curiosity and, other times, irritation (the film never allows us to forget that the filmmakers are not an element that belong to that landscape; this is literally a foreign look). 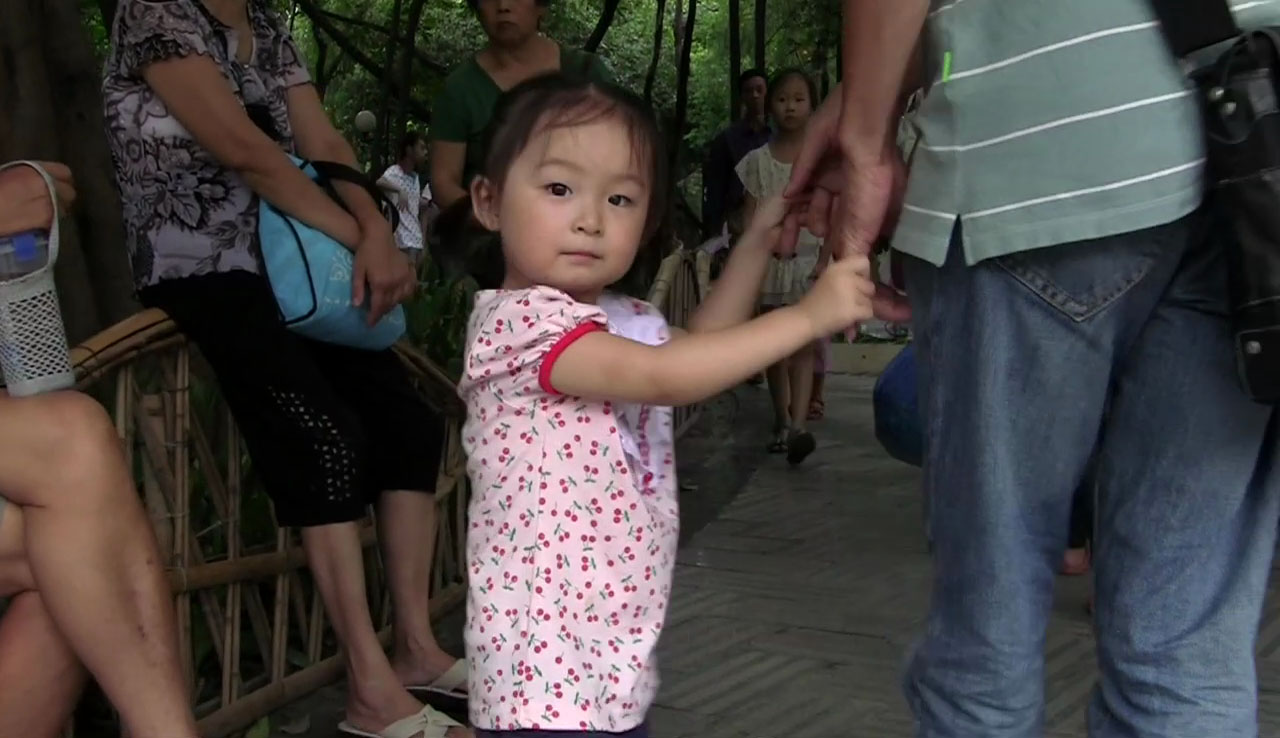 Glimpsed through the crowd – man with rooster on a stick:

Bursts into musical numbers via karaoke fiends co-existing with refreshing indifference to each other, mass dances and sing-alongs to Cultural Revolution standards, the state otherwise conspicuous by its absence … Few people stand out in memory, the point being the democratic proliferation of things to watch.

Produced by the Harvard Sensory Ethnography Lab (Sweetgrass, Leviathan). Codirector Sniadecki made earlier HSEL movie Foreign Parts, and later The Iron Ministry, and both were thanked in the Manakamana credits.