Never seen this, and I’d steeled myself for a first half of boring scientist buildup, but nope, he arrives at an inn, already invisible and in a terrible mood. This was a good pick, excellent and humorous, as I should’ve expected, coming between The Old Dark House and Bride of Frankenstein. 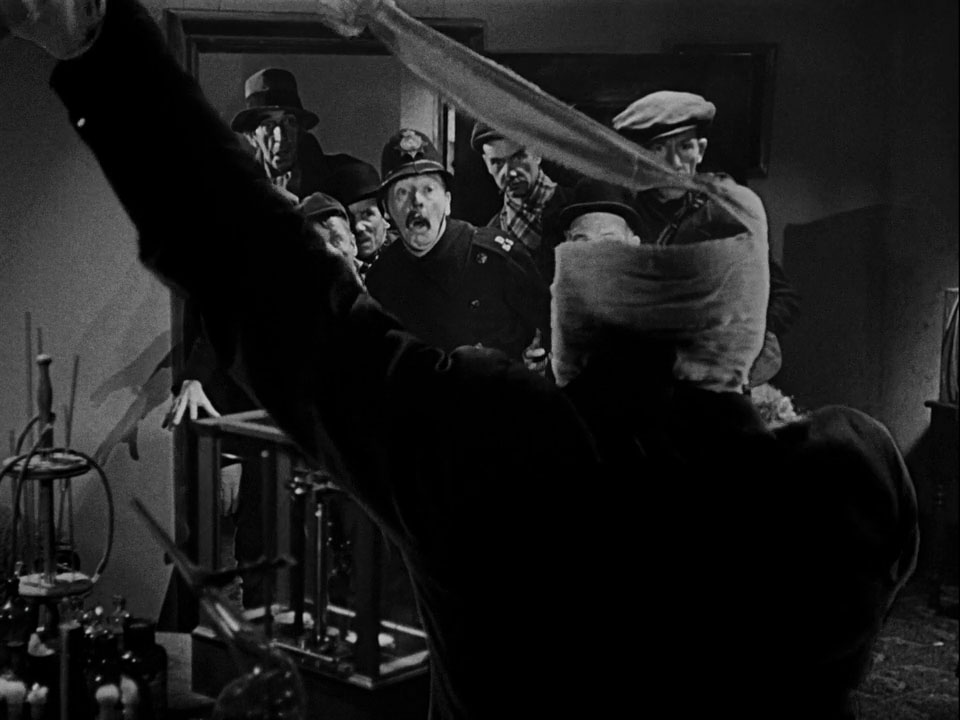 While the voice of Claude Rains is off being invisible and trying to complete his studies if only the other residents would leave him alone, his mustachey coworker Kemp (William Harrigan of Flying Leathernecks) takes the opportunity to mack on Claude’s girl Gloria Stuart.

The innkeepers curse their luck: 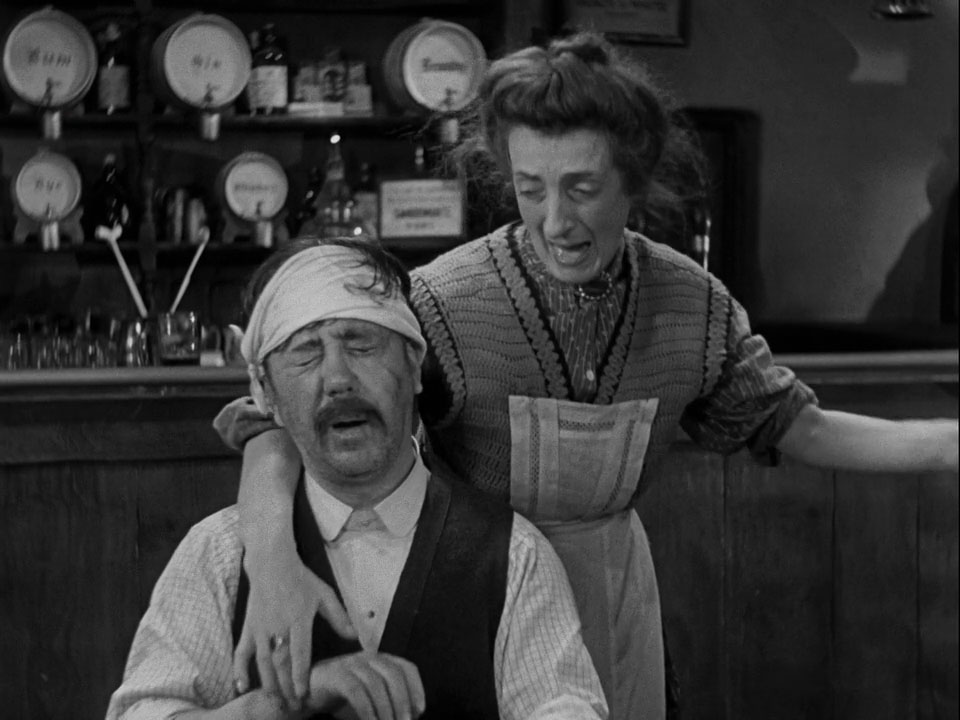 At the inn, the highlight is Una O’Connor, who has a terrific scream. Claude’s only special powers are to beat people up while invisible, and fuck with their heads – the news reports the so-called invisible man as a group delusion, a bumpkin madness, but things escalate when he kills a cop halfway through the movie. 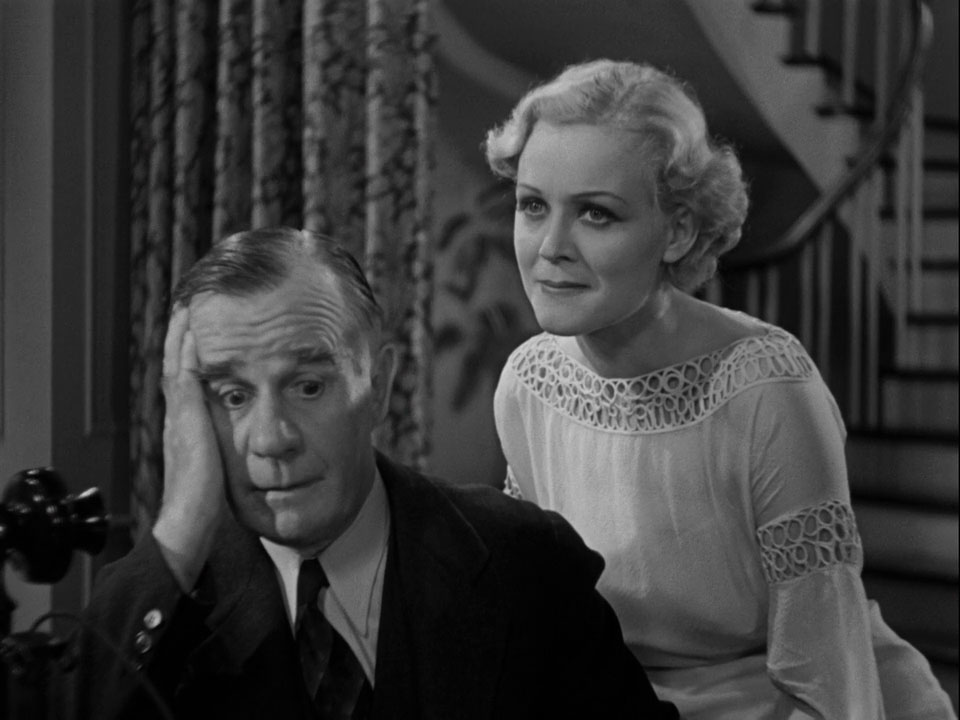 Kemp and Gloria arrive along with her scientist dad Clarence, who says the chemicals in Claude’s invisibility formula can cause madness. Proving his point, Claude kills 100+ innocents by wrecking a train and tearing through his own search party, then murders Kemp, sending his car off a cliff. Since neither science nor the love of Gloria Stuart can tame him, the townsfolk hunt the guy down. 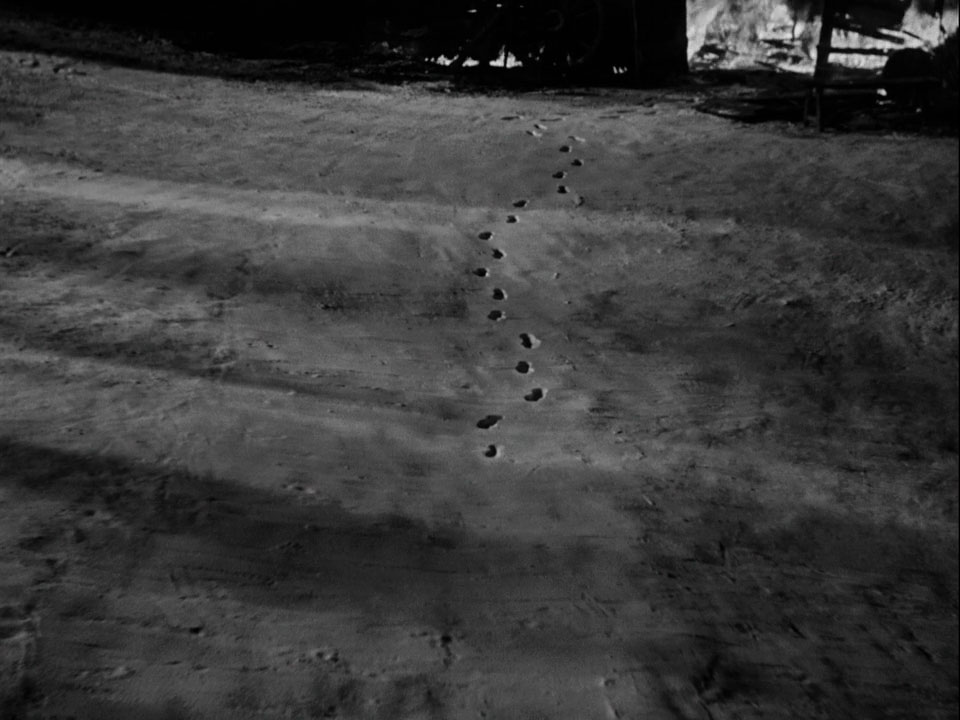 Played at the second Venice Film Festival, with Little Women, Twentieth Century, It Happened One Night, and Mussolini Cup winner Man of Aran. One of the five classic Universal monster movies, all of which got multiple sequels. Joe May would direct Invisible Vincent Price in 1940, and the same year Virginia Bruce would play The Invisible Woman, though of course she doesn’t get to be a scientist, she just answered a newspaper ad placed by Dr. John Barrymore. Jon Hall fought nazis as The Invisible Agent, returned for his Revenge two years later, then Arthur Franz got invisible with Abbott and Costello. There have been plenty more invisible (and Hollow) men and women, and it looks like the guy who made Upgrade is rebooting the original next year with Elisabeth Moss.