Sho Aikawa starred in Kiyoshi Kurosawa’s Eyes of the Spider and Serpent’s Path, which felt like revenge-drama genre-killers, then he starred in Miike’s Dead or Alive series, which felt like an action genre-killer, now here he is starring in a by-the-books actioney revenge-drama for Miike. How quickly we forget. Or how quickly undistinguished screenwriter Toshimichi Ohkawa forgets, anyway. I get the feeling that Miike’s heart was in Big Bang Love this year, and Scars of the Sun was a standard studio flick a la One Missed Call. 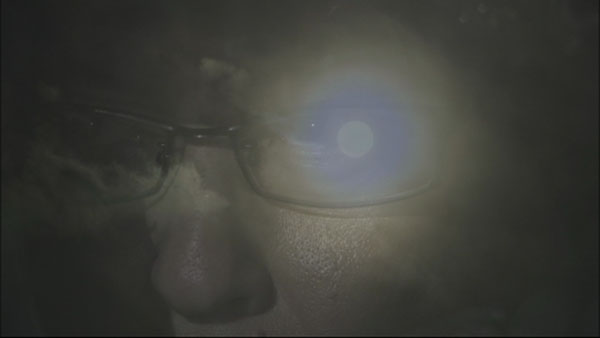 Not that it’s bad – just standard, well-made but with no particular flair or invention. Sho Aikawa’s hardworking architect hero is perhaps too blank of a character, though his acting is thoroughly excellent. Sho stumbles across some kids beating a homeless man senseless, moves to intervene and gets attacked himself, so he beats hell out of the youngsters then is surprised when the cops let them all go and tell him he’s in trouble for pummeling underage kids. The screenwriter wants us to know that youth crime is a problem in the city and that the laws aren’t equipped to deal with it. This is best expressed by having an unrepentant 15-year-old, shamed from having been beaten by Sho, kidnap and murder his young daughter. Better still would be if the ensuing media circus finds out about the earlier incident and portrays Sho as a bully who drove the kid to crime. And best of all, since we don’t want to accidentally end up with long scenes exploring the relationship of parents dealing with loss a la In The Bedroom, have the wife (Miho Ninagawa of Dream Cruise) kill herself straight away (we see her on a rooftop, then we see Sho walking past a car. Camera stops moving and I know the body will hit that car two seconds before it does).

Three years later the murderous kid (Kamiki) is out of prison. Sho tracks down Kamiki’s parole officer Mayumi (above left), his slimeball lawyer, and his ex partner-in-crime, trying to find Kamiki and meet him face-to-face. The movie hammers its theme of criminal youth being coddled by the justice system as Kamiki is left free to create a new gun-toting youth-crime syndicate while Sho is treated as a dangerous criminal and watched closely. Finally Sho goes on the run, takes out the kids with guns, is jumped by Kamiki, shoots the parole officer by accident, then kills the hell out of Kamiki. Sho is either dying or going to jail, but the movie doesn’t tell us which, as he calls his sister’s cop boyfriend and tells him to take care of her, then roll credits.

I thought Kamiki was a girl for a while:

The one cool stylish part: since Sho seems incapable of expressing emotion facially (not in general, just in this movie), Miike connotes his inner trauma cinematically, fading to black and white as he watches his wife die, and suddenly snapping back to color three years later after he’s returned to his old neighborhood to find Kamiki, a dripping faucet bringing back the memory of his wife’s bloody death.