Dreamer Johnny (Cary Grant, a year after The Awful Truth) is supposed to marry Julia (Doris Nolan, who wasn’t in the movies for long) but finds that he has more in common with her sister Linda (Katharine Hepburn, a few months after Bringing Up Baby and somewhat less manic). After his upcoming vacation with fiancee and friends E. Everett Horton (Astaire’s straight man in The Gay Divorcee) and Jean Dixon (the heroine’s sister in My Man Godfrey) Johnny plans to quit his job and spend a year rethinking what to do with his life. Turns out this is quite unacceptable to Julia, who has big plans for Johnny’s career in her father’s footsteps. Out of love for the girl, Johnny nearly accepts this boring and restricted new life for himself, but wait, free-spirit Hepburn, similarly imprisoned by class/career expectations, is also in love with him, so he and she go off on holiday together. 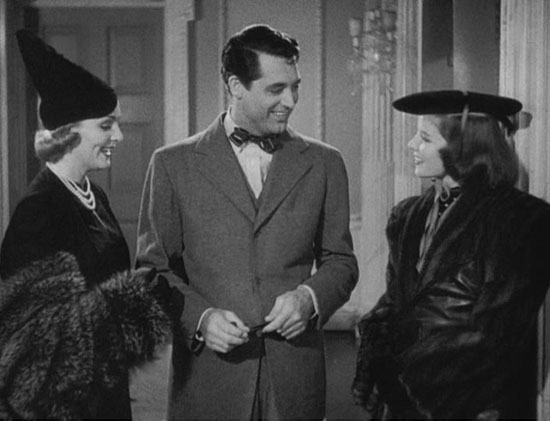 Lew Ayres (Dr. Kildare himself) plays the girls’ tragicomic drunk brother. I thought he was E. Everett Horton the whole time because it turns out I don’t know who E.E.H. is. This was a remake of a 1930 version in which E.E.H. plays the same character he does here. Katy and I liked it a whole bunch, but I was looking forward to seeing a holiday, and the movie takes place between two holidays. I thought I’d seen this before, but may have been confusing it with Charade – a color movie starring Grant and a different Hepburn filmed 25 years later, oops.

EEH and Jean Dixon vs. the butler: 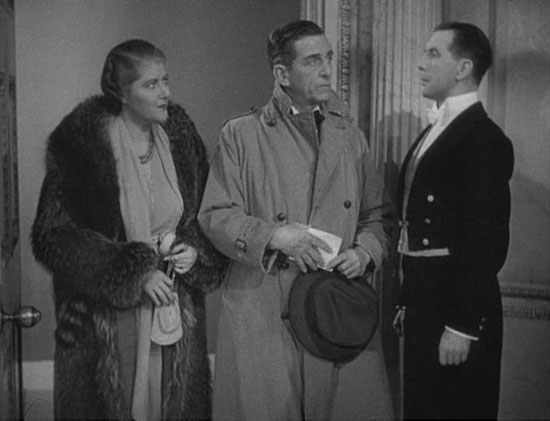