The vibe I’m getting so far from Fear Itself is “lazy.” This was pretty bad, but it doesn’t seem like the kind of bad I should hold against John Landis – he just turned in the same lazy work as everyone else on this doomed TV series. If I’m gonna blame someone for this mess, it’s writer Victor Salva, the controversial convicted pedophile behind Powder and Jeepers Creepers (I didn’t know he wrote it, so this is coincidental timing to the current Polanski brouhaha). The other three episodes (almost forgot I watched Family Man last year) at least had some aspirations to horror, and they made sense, while this one’s more plot-hole than plot. 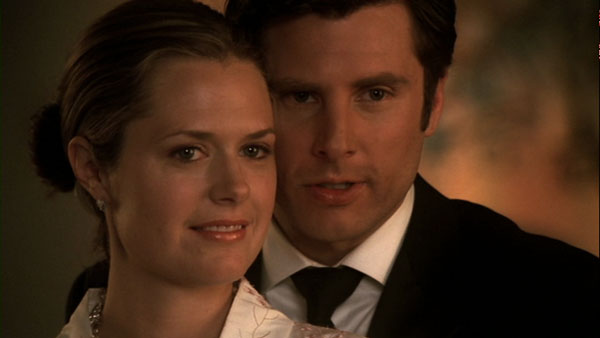 The idea is that it’s the wedding day of Maggie Lawson and James Roday (costars of a show I’ve never heard of called Psych), everyone’s telling her it’s too soon to marry this guy (we never find out how soon), then she gets an anonymous note delivered via the hard-of-hearing priest (played by The Cigarette Smoking Man) that says: 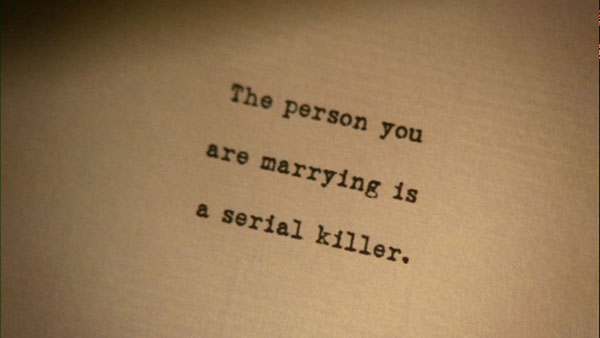 “Person?” Strangely phrased, think I. She runs around acting panicked, has a pointless scene with new hubby’s red-herring uncle Marshall Bell (of Starship Troopers, Nightmare on Elm Street 2), while we tolerate sluggish pacing and tons of church imagery. In the end we learn that SHE is a serial killer and the warning, written by her mysterious brother, was intended for the husband… the kind of twist ending which, rather than making all the puzzle pieces fit together, invalidates the whole rest of the movie, like some stupid anti-Sixth Sense. Well, at least we got to see how the Cigarette Smoking Man has been doing since X-Files ended (he doesn’t smoke anymore; it’s not allowed on network television). 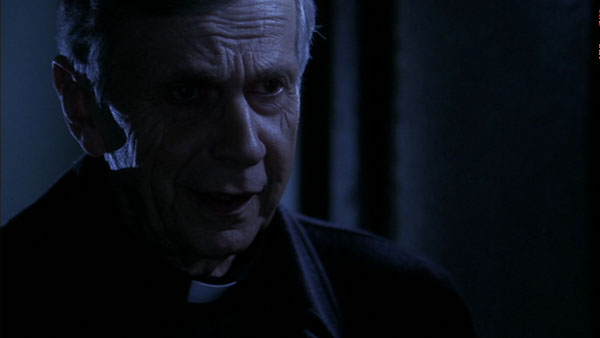