She meets He on a cruise boat, both returning to their wealthy fiancees. They fall in love, promise to meet atop the Empire State Building in six months. Breaking off their engagements and learning to be self-sufficient, he works at his paintings and she takes a job as a teacher – but she’s hit by a car on the way to her date. She doesn’t want to be pitied so stays quiet, while he thinks he’s been stood up. They meet again, he learns the truth, loves her anyway. One of the most romantical stories of all time!

Simply-shot, talky melodrama. We watched an ugly, blurry copy, but it seems ugly, blurry copies are the only ones available. The ol’ public-domain problem, I’m guessing. I’ve seen most of the Cary Grant/Deborah Kerr 50’s remake, which is very similar in plot and dialogue, has good color and production design and Cary Grant, so seems the clear winner (though they’re both excellent). This one’s main advantage (besides being the original story cowritten by McCarey himself) is Irene Dunne, who has an awfully cute smile and blows away her own earlier performance in Roberta. 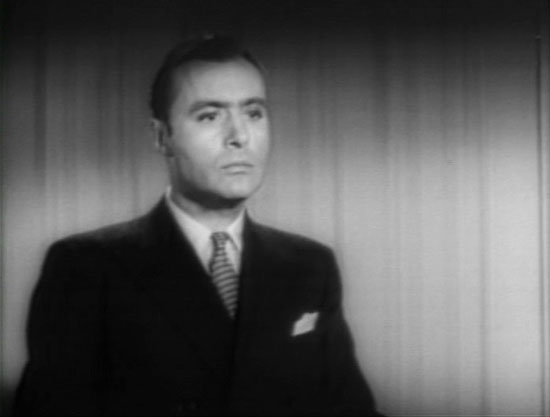 Not much to say about Charles Boyer, besides that I recognize his round face from Liliom. It’s Irene’s movie. In fact, the two of them and Boyer’s grandmother (Maria Ouspenskaya of Dodsworth and The Wolf Man) are practically the only actors in the movie (I’m not counting her choir of overly sweet schoolkids). The remake adds a half hour, fleshes out the parts of their fiancees, gives his art dealer and her school principal more lines.

Screenwriter Delmer Daves would later helm Dark Passage and 3:10 to Yuma. Love Affair was nominated for every oscar (except actor – sorry, Chuck Boyer) but didn’t stand a chance against color epics Gone With The Wind and The Wizard of Oz.