Starts with a Jean Cocteau quote and animated/drawn images on TV. It’s “un film de Chris Marker”, no fooling around with that. Music by Toru Takemitsu (uncredited on IMDB) who scored a bunch of classics like “Double Suicide”, “Kwaidan”, “Pitfall” and “Ran”. Co-produced by “Le chat Pompon” (hmmm). 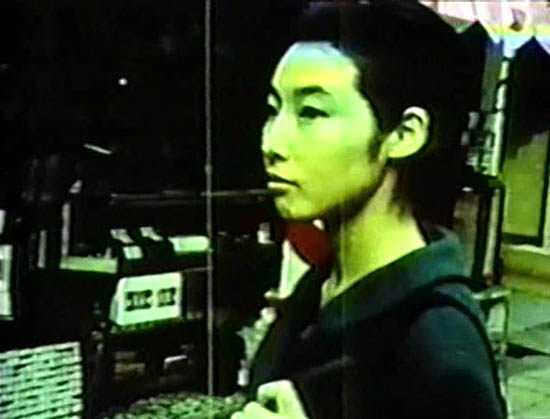 Marker meets “by chance” a young girl at the ’64 Tokyo Olympics, quickly loses interest in the Olympics themselves and instead follows her around the city, pondering shops and trinkets, symbols and national and personal identity as in Sans Soleil. Halfway through the picture, Marker “disappears”, goes back to France, and the narration is taken over by Koumiko, tape-recordings of her answers to his interview questions about current events, beauty, love, animals, and finally WWII. Catherine Lupton’s book notes that “this premise enables Marker to synthesize all the widely disparate methods and idioms explored in his films so far: a light-hearted personal travelogue, the investigative interview and the melancholy and disquieting fiction.” 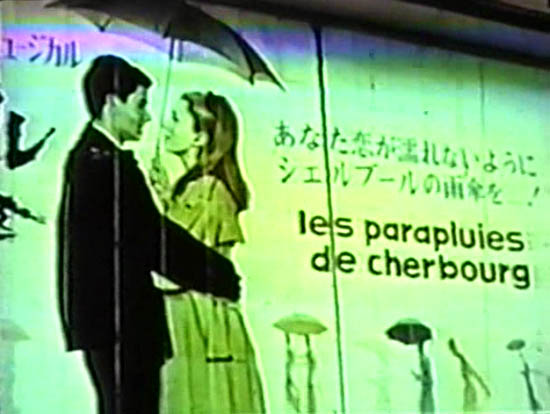 Koumiko stops under a billboard for “The Umbrellas of Cherbourg”, then the camera follows pedestrians with umbrellas while the theme song from that film plays… nice.

Marker’s trademark animal appearances: a googly-eyed owl on an outdoor sign, a whole cat montage, and Koumiko imitating both animals. 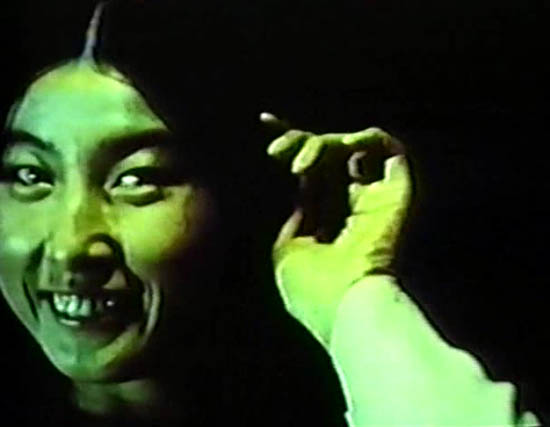 Beautiful movie, just as essential as the other Marker films I’ve managed to see. I ended up liking it a lot more than I thought I would, despite the horrid video quality.

“Marker’s fond and playful homage to the French New Wave… The fluid roles that Koumiko plays for the camera mesh with the presentation of Japan as a ‘world of appearances,’ as Marker would later call it in Sans Soleil”.