The original plan (now abandoned, along with all other plans) was to specifically catch up on acclaimed horror movies from the last decade, nothing earlier, which I’d missed so far – and A Tale of Two Sisters topped the list. I watched the well-regarded original by Ji-woon Kim (The Good, the Bad & the Weird), not the Canadian remake (retitled The Uninvited) nor the 80’s movie based on the poetry of Charlie Sheen (I am not making this up).

Firstly, who decides how Korean names are written in English? Su-yeon sounds like “Cheh-neh” to me. Secondly, I saw the ending coming from the very first scene (girl alone in an asylum tells story about herself and her sister = she never had a sister) but I still liked it plenty. 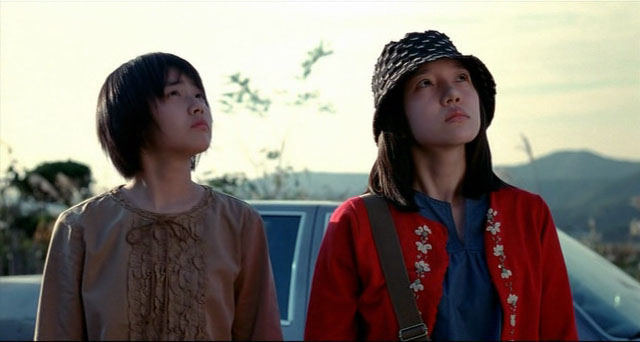 Of the two sisters, Su-mi (Su-jeong Lim, above with the cute hat – star of I’m a Cyborg But That’s OK, another movie where she is deluded in an asylum) is the more outgoing, and Su-yeon is withdrawn and afraid and has a bad haircut. They’re off at the summer vacation house with loving father and evil stepmom (Jung-ah Yum, star of the thriller H). Actually stepmom seems very nice. It’s hard to tell who is evil, and what exactly is happening, since the movie is full of things that happen which did not actually happen. Su-yeon sees ghostly things and has bad dreams, and everyone worries about a certain bedroom closet, and a guest who comes for dinner has a fit and sees a ghost, and there are birdies in the movie so of course they get killed (why else put birdies in a horror film?).

Eventually it’s clear that Su-yeon died when the bedroom closet fell on her after she found her mom dead inside, and Su-mi is having fantasies that her sister is still around. I can’t tell if Su-mi actually has a bloody all-out fight with her stepmom throughout the entire house or if that was part of the fantasy too. Anyway, stylish flick, excellently made, and totally enjoyable even if I apparently would have to watch again to make sense out of it all. 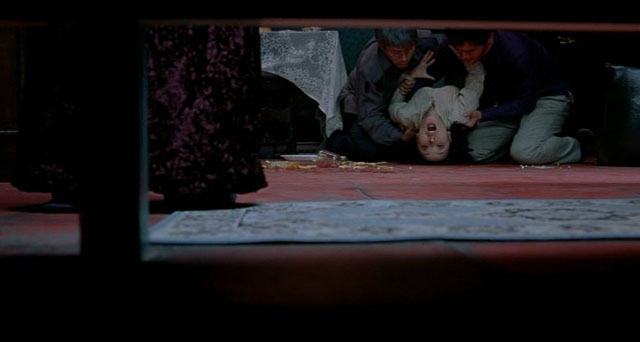