It’s Auteur Completism Month! I try to watch all the movies by my longtime favorite filmmakers – Fuller, Lang, Jarmusch, Cocteau, Maddin and so on – but sometimes a couple titles fall through the cracks. Either I can’t find them or they’re just not a priority. Auteur Completism Month is meant to take care of that.

Sam Fuller is the one whose movies I’ve tried the hardest to see, buying a bunch from bootleg tape traders in the dark days before they all came out on DVD. This was the last lingering title on my original list, and it snuck out on disc a few months ago. IMDB has since added a bunch more titles Sam supposedly directed – six episodes of The Iron Horse and something called The Dick Powell Theatre – but I’d rather check out the movies he wrote, like The Klansman, The Deadly Trackers, The Command, The Tanks Are Coming and Confirm or Deny.

A hammy Tony Perkins introduces the series, an inadequate replacement for his onetime director Hitchcock. As far as I’m concerned Patricia Highsmith, on whose stories this series are based, is inadequate as well, but I shouldn’t judge based on a single short story. In fact, Hitch himself adapted her story for Strangers on a Train. 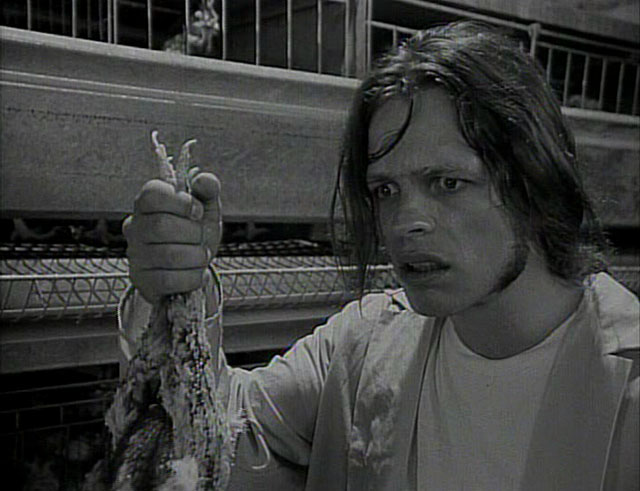 This story is ridiculous, but the actors are game and Fuller is freaking out in full, free Dead Pigeon on Beethoven Street mode. He must figure they wouldn’t have called him if they’d wanted a cheap but professional straightforward television production – in this post Shock Corridor (in fact, post White Dog) era, they wanted Rebel Fuller. So he threw all he had at this story of a doomed modern chicken farm, including an awesomely-edited black and white musical dream sequence, nutty angles, nuttier acting, zooms and camera shots from a chicken’s point of view – literally inside a chicken eyeball. 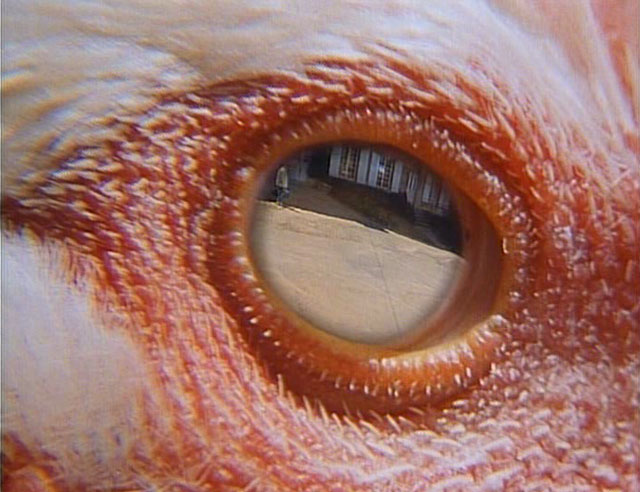 Gross drifter-looking John (Cris Campion of Altman’s Aria episode and Polanski’s Pirates) shows up at his aunt and uncle’s farm, discovers they’re into automated chicken farming these days. Caught him sharing inappropriately suggestive looks with aunt Helene (spanish Assumpta Serna of Wild Orchid, Piano Tuner of Earthquakes) when not being ranted at about the wonders of chicken farming by crazed, desperate, possibly loaded uncle Philippe Léotard (older brother to France’s former minister of defense, had recently been in an Agnes Varda movie, less recently in Truffaut’s Two English Girls). 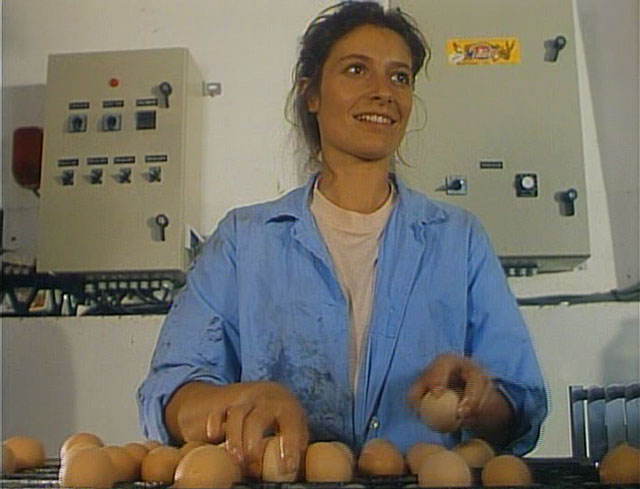 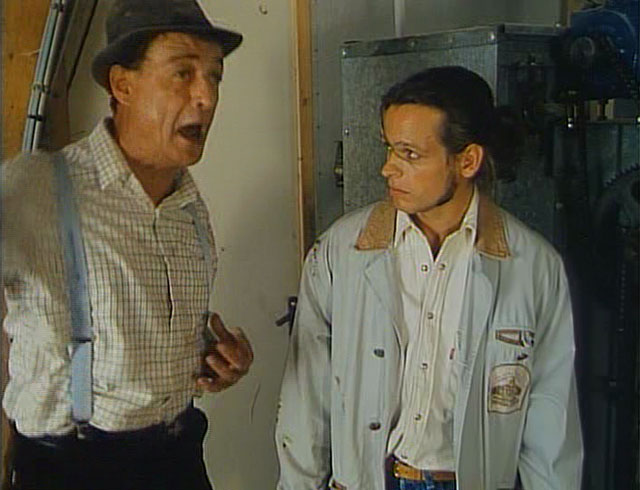 The couple’s daughter Samantha Fuller’s little cat dies as soon as John arrives – a bad sign. There’s some time-killing business. Neighbors Manuel Pereiro (Pod People) and Christa Lang come to visit. Then Samantha herself dies by suffocating in the grain (possible references: A Corner in Wheat, Vampyr) and her parents lose it. Helene frees the chickens who kill uncle Ernie then gather outside under the watchful eye of the single rooster. And Helene starts making out with her nephew (who often looks like a scarecrow). Shot by Alain Levent (Cleo from 5 to 7, The Nun). Some corny dialogue and ominous keyboard music and abuse of the song “Old Macdonald,” but a cute movie. Anyway, a good November 1 transition movie from SHOCKtober to Auteur month. 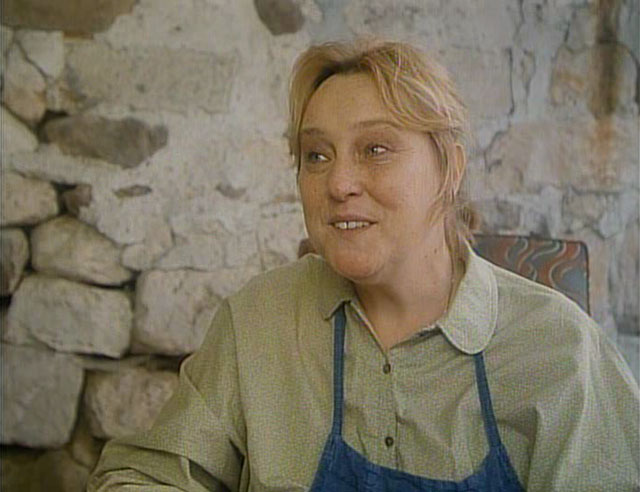 Some chickens were almost definitely harmed in the making of this picture.