“This film deals with the world of fantasy. It is a fairy-tale for grown-ups. It explores the realm behind the magic mirror wich served Lewis Carroll 100 years ago to stimulate your imagination. … This film has been produced by artists. We have made use of the traditional freedom of the artist to follow our inspiration.”

The producers felt compelled to append that little preface, probably to distinguish their movie from contemporary films like Desk Set, Bridge on the River Kwai and I Was a Teenage Werewolf. But this was also the year of artistic masterworks The Cranes Are Flying, Letter From Siberia and The Seventh Seal, none of which felt the need to open their piece with a pretentious prelude pointing out its poetry. 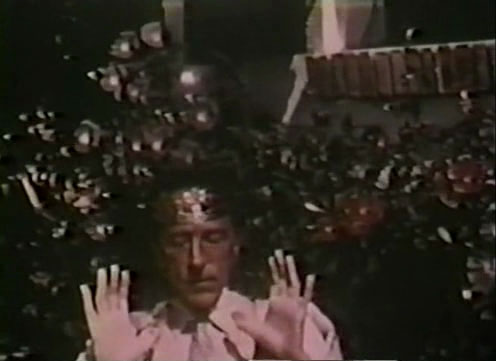 With the participation of Louis and Bebe Barron (Forbidden Planet), Max Ernst, Alexander Calder, dada artist Marcel Duchamp and Man Ray, some of whom had previously worked on more justifiably renowned films like Entre’act, L’Age d’Or and Richter’s own Dreams That Money Can Buy.

Short, playful episodes, all somehow chess-related. For instance, in one scene a man is paralyzed and confounded by a chess board, mocked by a coat rack in the room shaped just like the king piece, while white mice run around his black shoes. A naked woman arrives and suddenly he is able to take his turn, while a horrible horn plays and the mice, captured by a folding chess board, transform into pigeons. This all sounds like it should make for a fine bit of visual poetry, except that the pacing makes it tedious, and most of the movie features intolerable flute, trumpet, accordion and violin music. 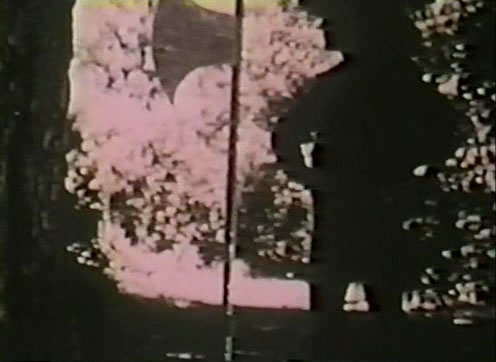 Richter was around 70 when he made this. Seems more like something he did with/for his buddies rather than general audiences. Titles and occasionally narration in English. I liked some stop-motion, a Svankmajeresque dance of rattles, mobiles and masks made from repurposed found objects. Liked the 1950’s fashions. Otherwise it’s a pleasant waste of time, maybe not the Great Lost Cocteau Film I was hoping for. I wouldn’t mind watching again if it ever surfaces with less appalling picture quality than my copy.

The idea is to present chess conundrums cinematically the way Lewis Carroll did in literature, particularly in Through the Looking Glass. Filmmaker Hans Richter, who’d previously collaborated on Cocteau’s Blood of a Poet, designed his films like paintings; as a result 8 X 8 is visually dazzling, especially segment #2 (“A New Twist”) — even when the viewer is at a loss to understand what is going on. 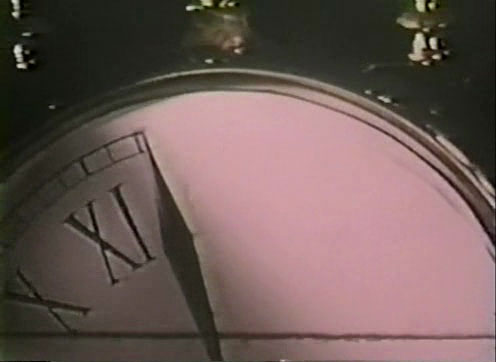 The first episode is a period piece depicting royal intrigue in the woods. It includes a lady’s tripped-up, trapped bare foot: one of numerous erotic images. In another, Calder constructs a mobile and uses his breath to blow it into life. Here, also, is randomness—of the found objects, various movements resulting from disparate shapes and weights, etc. A woman’s kiss elsewhere turns a royal doll into a human beloved, but, unwilling to cede any power, the woman submits the man’s head and neck to a succession of hats (including a large one with a chessboard design) and ties, preferring to wear the crown herself, and converts the man into a puppet on a string. In perhaps the most wonderful episode, an adventure in “the fortunes of love,” Max Ernst pursues another chess piece, wife Dorothea Tanning, throughout Lower Manhattan—initially, in unexpected black and white. … A clock turns counterclockwise, erasing its numerical indicators. The film’s irresolution suggests that life is a chess game in endless play.