Kiarostami’s The Traveler (1974) and the shorts I’ve seen from the 70’s all focus on children, life journeys and lessons learned. From Close Up in 1990, running through the Friend’s Home / Life and Nothing More / Olive Trees trilogy and the end of Taste of Cherry (1997), Kiarostami seemed to be making great movies while reminding us that they’re movies, showing aspects of their production, and combining fact with fiction. With Olive Trees and Taste of Cherry (and possibly again a decade later with Five and Shirin), he seemed to be valuing poetry over story, philosophy and nature over characters, making more artistically beautiful films before the DV reality of ABC Africa and Ten. Beginning with those two movies in 2001, he seemed to be making documentaries, or at least highly manipulated films that looked like documentaries, until returning to more traditional fiction features with the latest, Certified Copy, which actually contains multiple layers of fiction. I’m laying all this out in order to try and figure where The Wind Will Carry Us belongs. It’s clearly the culmination of his increasingly poetic, but still somewhat traditional storytelling period, and the last film he’d make with a 35mm film crew for a while. It also carries on the long tradition of casting elementary-school-aged boys in lead roles. 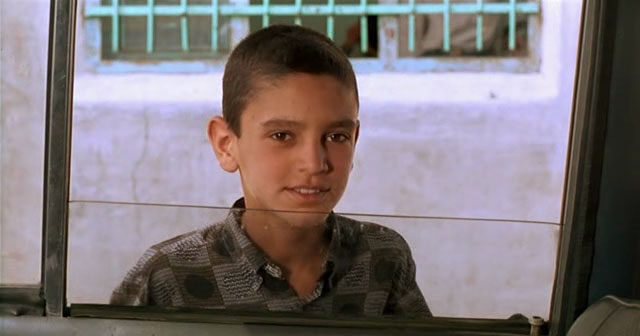 The story is elliptical, and the filmmaking reminds us of this, specifically by hiding a couple of main characters from the camera. There are only about ten speaking roles, and three of them are men who are never seen, always perversely hidden around a corner or down in a hole. Behzad (as IMDB calls him – can’t remember if anyone used his name in the film) arrives at a town in the hills with two companions (never seen), is met by his young guide Farzad. He’s here for a secret reason, asking lots of questions about an old woman confined to her home (also never seen). Everyone in town calls him Engineer, but we get no proof that he is or is not an engineer. He camps out, waiting for the old woman to die, gets a phone call every few days to check on his progress, during which he has to run to his car and drive to the top of the mountain for better cell reception. 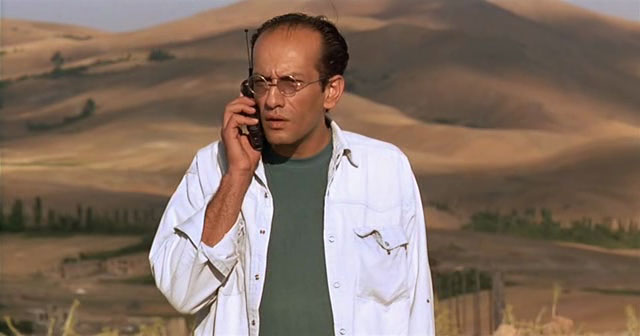 At top of the mountain is a hole, in which is a man (never seen) digging a ditch to specs provided by an engineer. Behzad never reveals his identity to this man, but refers to being his boss to somebody else later, playing the role of engineer. The visitors spend weeks in town, Behzad is frustrated, gets angry with Farzad then visits him at school to apologize. Part of the frustration is that he can’t seem to score milk, asks around but never gets any until the ditch-digger’s girlfriend takes him to her underground milking cavern (!), retrieving a bucket of milk while listening to the engineer recite poetry. It’s then that I realized how weird this movie is, how the strangeness has creeped up until this scene almost doesn’t register as unusual. 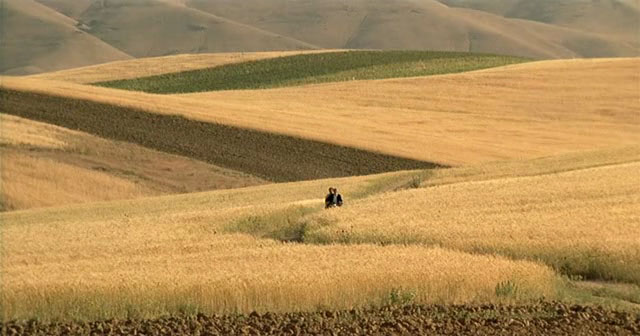 The old woman dies, and Behzad photographs the funeral procession of women from his car. Is this what he has come to do? Is he a reporter? Was this worth a month of the three men’s time? The movie alternates between repeating routines (driving up the hill when the phone rings) and surprising moments (a woman across the way doesn’t let giving birth interupt her daily routine, the man atop the hill’s ditch collapses on him), and the dialogue is peppered with poetry and philosophy. Photographically, it’s got the winding roads from Taste of Cherry, a man shaving into the camera-mirror as seen in Certified Copy, and probably plenty more I didn’t recognize. The title is a line from a poem by Forough Farroukhzaad (The House Is Black). Movie won second place at Venice to Zhang Yimou’s provincial Not One Less – I’ll bet some people besides me have wondered at that decision. 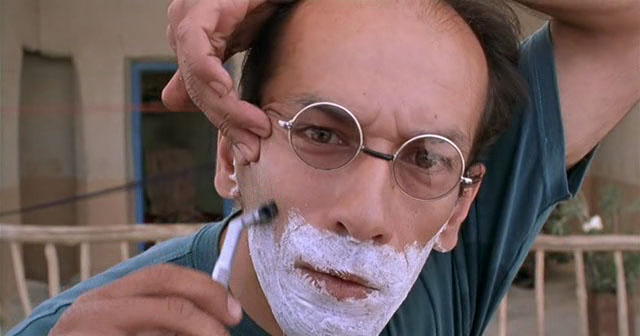 An “engineer” (who turns out to be a kind of filmmaker) travels to a remote Kurdish village with the intent of photographing the funeral rites of a dying 100-year-old woman, and the witty, haunting, poetic film that follows is about his — and Kiarostami’s own — struggle to complete that mission, to capture something of real life on film without violating its essence. Kiarostami himself has not worked on film since, preferring the more portable and less invasive technology of video. Call it the first true movie of the digital revolution.

It’s easy enough to expound on the spiritual and moral importance of opening oneself to experience – “prefer the present,” the doctor says, offering a Farsi version of an injunction familiar to readers of Western New Age self-help literature – but it is a rare artist who can prove it. You don’t watch The Wind Will Carry Us so much as dwell in it.

Sorry to overquote J. Rosenbaum, but he has by far the most interesting things to say:

This film — one of Kiarostami’s greatest and in many ways his richest to date — has reportedly not yet passed the Iranian censors … I’ve heard a rumor that the title sequence is the main source of contention. … My guess is that the cellar scene is provocative mostly because it taps into the sort of emotions and sensations that are stirred by poetry. According to Elaine Sciolino’s recent book Persian Mirrors: The Elusive Face of Iran, “Simply put, poetry for Iranians is religion, a religion as powerful as Islam.” It’s hardly exceptional that Kiarostami, who published a collection of his beautiful landscape photographs in Europe last year, shortly afterward published a collection of his poems in Iran — many of them haikulike images, like sketches for moments in his films.
…
The particular ethics of The Wind Will Carry Us consist largely of Kiarostami reflecting on his own practice as a “media person” exploiting poor people: Behzad may be the closest thing in Kiarostami’s work to a critical self-portrait, at least since the hero in his highly uncharacteristic 1977 feature Report. The most obvious marker of this autocritique is Behzad’s cruelty when, during a moment of angry frustration, he kicks a turtle onto its back and leaves it stranded, though the turtle manages to right itself as Behzad drives back down the hill.
…
By concentrating on the death of a century-old woman in the year 1999, Kiarostami also seems to be making some sort of millennial statement — something that possibly means less inside Iran, which has a different calendar. By comically divvying up his world into media “experts” and peasants — moguls with cellular phones and ordinary working people — he’s raising the issue of who owns this world and who deserves to. 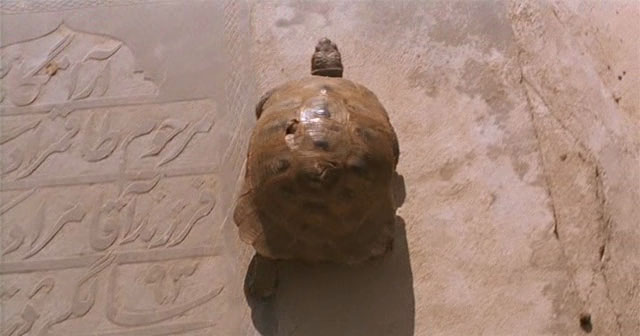