Excited by Essential Killing, I thought I’d check out Skolimowski’s only horror film for SHOCKtober. But calling it horror is like calling Essential Killing a political drama, inadequately simple labels for such weird and complex movies. The bulk of this one is a flashback/story told by Alan Bates to Tim Curry while scorekeeping a cricket game at some kind of asylum. Bates admits that he’s changing parts of the story to keep it interesting for himself – and we’re never sure if he’s a patient or what, so the narrator is unreliable to say the least. And as the commentary notes, “casting Tim Curry as your sanity figure suggests that the world is fairly skewed.” 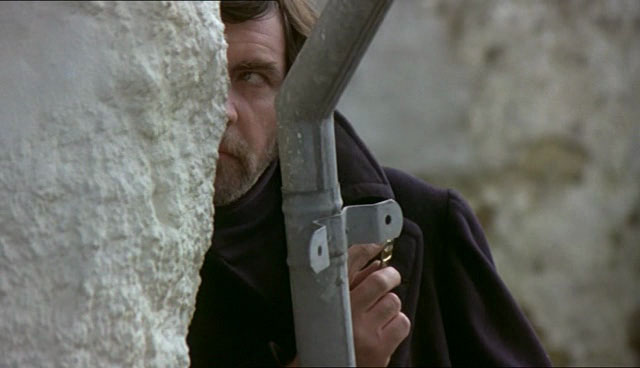 A cowed-looking John Hurt (the year before Alien, so the earliest film I’ve seen of his – though I must find Little Malcolm and His Struggle Against the Eunuchs from ’74), a church organist by day and electronic composer in his spare time, is happily married to Susannah York (star of Altman’s Images). But one day Alan Bates (Chabrol’s Dr. M, Julie Christie’s illicit lover in The Go-Between) appears, tampers with Hurt’s bicycle tire, then invites himself over. He stalks the couple causing minor mischief then starts not-so-subtly taking over the family.

John Hurt rocks out in his home studio: 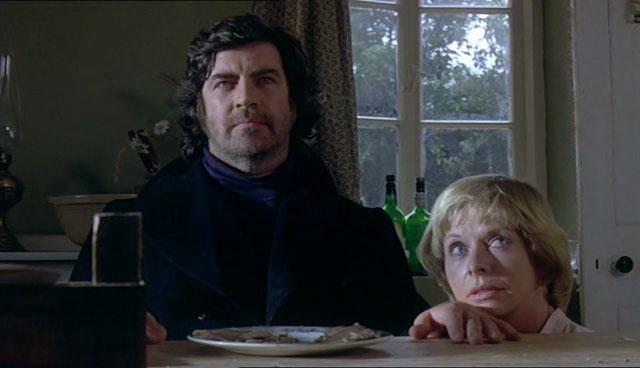 To prove his power to Hurt, they go off to the dunes and Bates demonstrates “the terror shout,” taught to him by an aboriginal magician. Somehow Hurt isn’t killed by this, but has a weird experience where he’s holding a stone, believing himself to be the town shoemaker. When he returns home, his wife is under Bates’s spell, and Hurt is the interloper. But he recalls the identity stones, goes off and smashes them to regain control of his household. Back at the house, Bates is arrested for the murder of his children (to which he confessed to Hurt and York earlier). Strange that Bates would be anxious to tell a tale which ends in his own defeat.

You can’t understand the extreme greatness of this shot without watching the whole film: 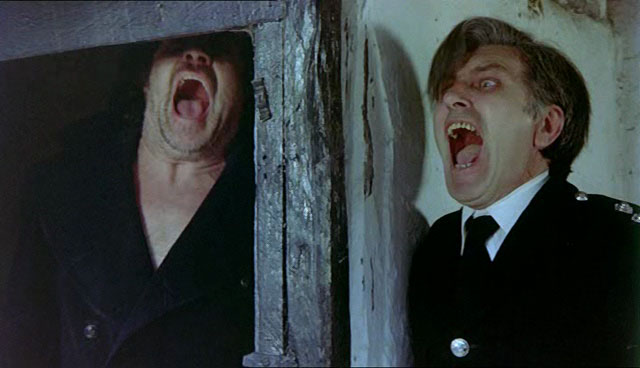 Meanwhile back in the framing story, a thunderstorm wrecks the cricket game. Jim Broadbent, in his first film role as “fielder in cowpat,” runs around half-naked smeared in mud or worse. Lightning strikes the scoring box, Bates is killed, and in another odd scene which also played over the opening credits, York comes tearing into the room where the dead lay, distraught. 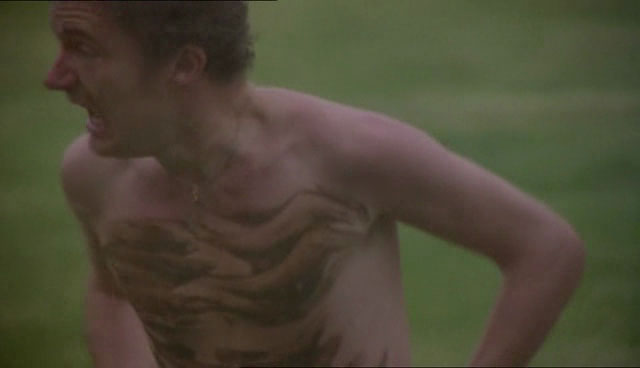 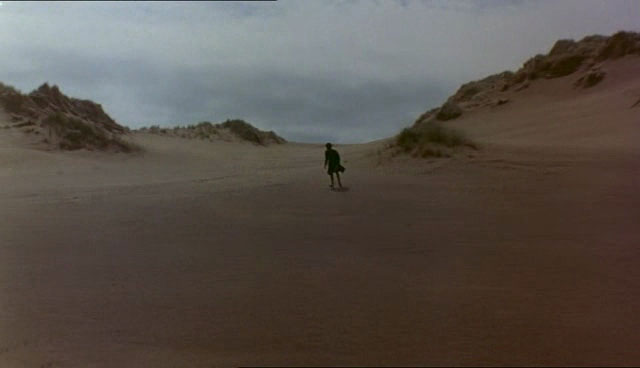 Reminded me of The Last Wave in its aboriginal magic and weirdly apocalyptic feel. Commentary brings up Caligari, which I should’ve thought of. The wife isn’t much of a character, just passed between the two men, but she definitely shows her acting chops in one intense sexual scene. Mostly minimal music by “the two guys from Genesis you probably have forgotten.”