A silent film in the style of 1907 and shot using a hand-crank camera, with lots (oh, lots) of start-stop disappearance effects, not at all like The Artist or the films of Guy Maddin – more of an anarchic keystone homage.

Bald Dr. Plonk has a bearded deaf/dumb assistant Paulus, a “winsome” wife, and a trick-performing dog (appropriately credited with the others in the opening titles). 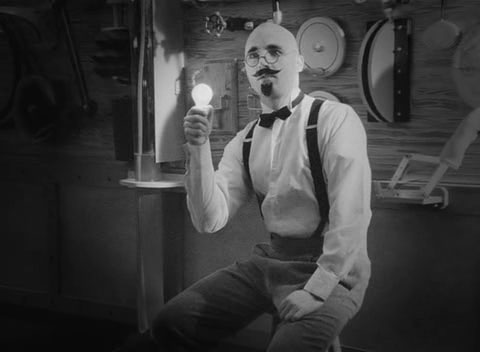 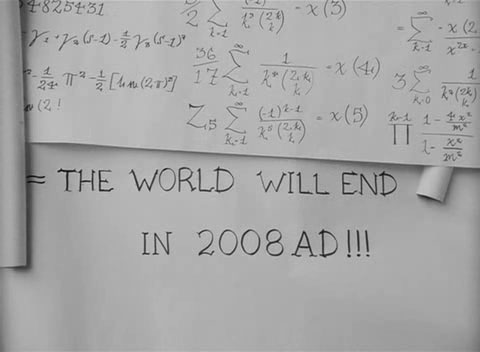 Plonk tells the Prime Minister’s advisors (with hilariously fake facial hair) of his discovery, but they don’t believe him – so he invents a time machine (in about five minutes) to travel into our present and find proof of his theory. Meanwhile, Paulus pads the film by taking the dog for walks as a pretense for hitting on married women in the park. Paulus, deaf and not too smart, is put in charge of time machine operation as Plonk mistakenly travels backwards and is set alight by natives. 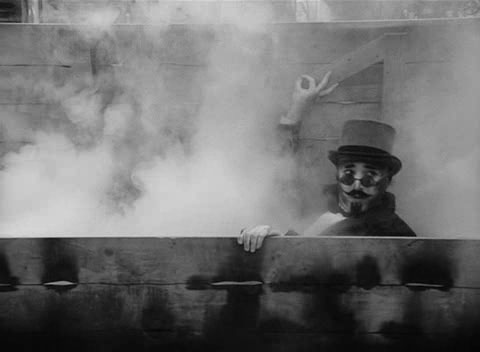 Paulus is then sent as a test subject and lands a hippie chick, then Plonk continues his experiments, photographing present-day industrial sites, “so this is what the end looks like.” Train gags, era-specific misunderstandings, a slight bit of stop-motion, and an anti-television joke that would make Tashlin proud. 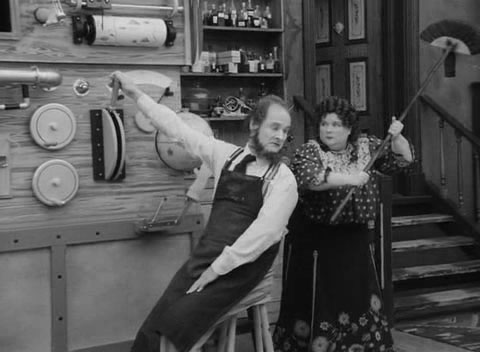 Plonk can’t seem to bring home his evidence that the future is a wasteland, so he brings the game Prime Minister along to 2007, where they find the present-day PM less approachable. It all ends with a madcap chase in a warehouse between plenty of cops and the surprisingly athletic main cast. The former PM gets to sit in a straightjacket entranced by television, while Plonk… 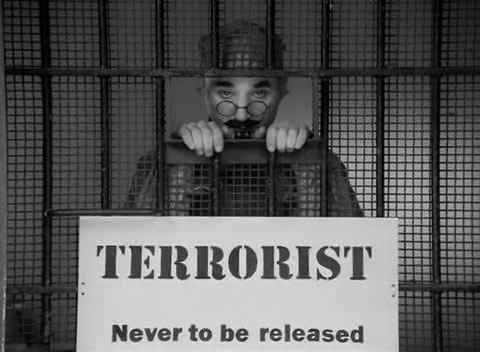 At first glimpse I thought De Heer made this before Ten Canoes, but no, he made it before TWELVE Canoes, the documentary follow-up.