My re-introduction to WC Fields. I must’ve either seen him on TV when I was eight, or maybe I just know him through cartoon caricatures. He kinda seems like someone whose routine is best appreciated by an eight-year-old, so maybe I should’ve let it rest. A lightly enjoyable short feature with some poor moments (a stupid-talkin’ negro joke comes right after a penny-pinching shylock joke).

All comedies wrongly think they need a handsome young romantic couple in the cast, so comically alcoholic Fields (named Sousé, heh) has a daughter (Una Merkel of The Bat Whispers) in love with some dude named Og. He also has a shrew wife and hateful mother-in-law, but more important is his bartender (Shemp Howard). 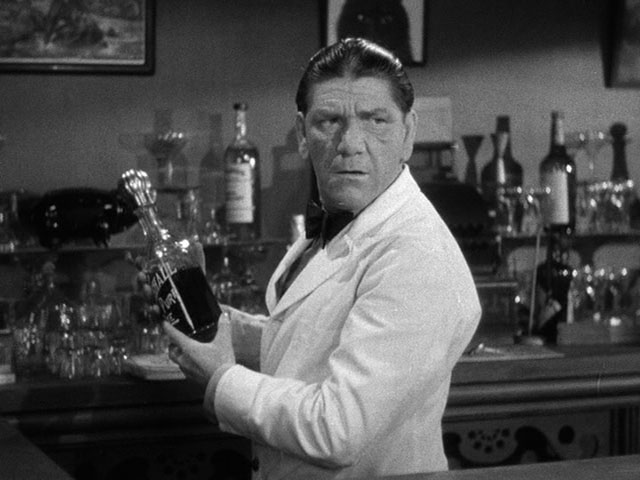 Fields gives some bad car-repair advice, stumbles into a job directing a film, then pretends to have foiled a bank robbery, earning himself a job as a security guard. 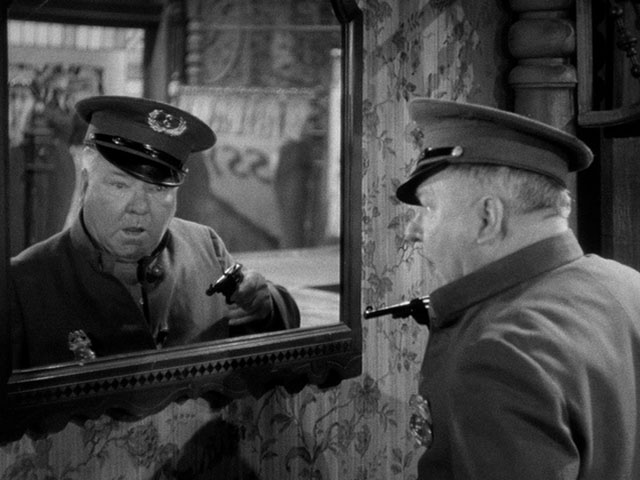 He gets bank clerk Og to steal money to invest in a junk-stock scam, then has to spend the rest of the movie diverting an auditor (rain-thin Sturges regular Franklin Pangborn, the same year he did Christmas In July). One of the bank robbers (named Repulsive Rogan, nice) returns and steals the now-valuable stocks in a second holdup, and Fields actually helps stop him this time, earning the respect of his now-wealthy family.

Pangborn, not feeling so well:

He is a pathetic, bad-tempered figure who curses everyone under his alcohol-scented breath—everyone, that is, save Joe the bartender (played by the positively restrained Shemp Howard, the intellectual’s Stooge) who patiently administers Sousé’s medicine. . . And in typical Fields fashion, his fortune is not made through honest effort but by luck, circumstance, and beautifully timed accidents, later turned into heroic epics by Sousé as he exaggerates his role in each. Here and elsewhere, Fields accurately nails the American tendency to inflate one’s importance, especially if money and fame are at stake.