Good Aaron Sorkin show. Casey (Peter Krause of Six Feet Under) and darker-haired Dan (Josh Charles of Muppets From Space) are anchors of a sports show run by Felicity Huffman (of Transamerica and apparently Magnolia) and Robert Guillaume (Benson, Rafiki in The Lion King). Casey likes Felicity, who is engaged to Ted McGinley, and Dan likes Teri Polo (mom in The Hole), who is married. The only stable relationship is Felicity’s assistant Sabrina Lloyd (Harley’s The Girl From Monday) with new guy Joshua Malina (a Sorkin regular).

Edgar Wright’s first series – and he has four others that I’ve never heard of between this and Spaced. Cowritten with the cast, overall uneven with a slim overarching story and characters that get tiresome if you watch the episodes too close together.

Simon Pegg is a pizza boy called to an asylum then imprisoned there. Jessica Stevenson plays the sadistic head nurse and a daytime-TV-addict inmate. Mighty Boosh star Julian Barratt is a talkative, pretentious artist (and the highlight of the show). Standup comic Adam Bloom is a Lenny Bruce obsessive, Paul Morocco a mute juggler, Norman Lovett (of Red Dwarf) the head doctor and Mick O’Connor (whose only other credit is The Falls) the receptionist. Each episode ends with a music video, which I kinda loved.

Weird to hear a Tortoise song scoring a fake TV ad in episode 3, and to see a parody of the intro to A Matter of Life and Death. Lots of animated (barely) footage of the staring-contest world finals.

So very good. I love how it ends with none of the characters having learned anything at all. Appearances by Justine Bateman, Judge Reinhold and a long section with Charlize Theron.

Since I didn’t watch this with the release of The Drift like I was supposed to, I watched it with the release of his follow-up album. Wow. Some records I need to get: Night Flight, Climate of Hunter, the Ute Lemper album. Scott worked on Pola X so they show some behind-the-scenes bits of the warehouse performance and motorcycle crash. 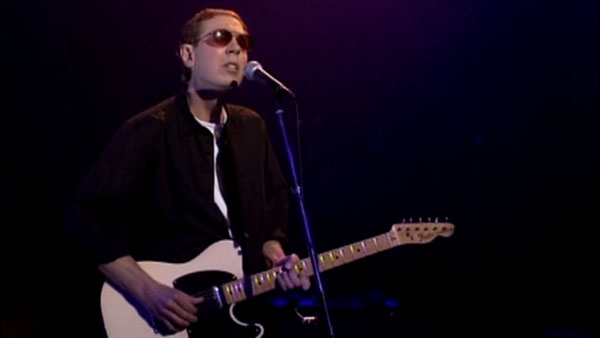 Also watched Maria Bamford‘s stand-up thing recorded at her house with no audience – weird and awesome. She’s got a new one with her parents as the audience, which sounds even better.

The Queen of Versailles (2012, Lauren Greenfield)

Katy watched on netflix in a couple installments – I think I was there for all of it, but not too sure. Belongs in the Movies I Only Sorta Watched category. Pretty fascinating, starting as a document of the loony mega-rich couple building the largest house in America, until the housing crisis delays their plans and threatens his timeshare business. Wonderful to see things from the 1% perspective, especially when they’re in what they consider to be desperate financial straits (though the wife has a five-shopping-cart trip to walmart and visits the warehouses where their extraneous crap is stored), repeatedly referring to themselves as normal people who got screwed by the banks.