Anthology horror with a lousy framing story, exactly like Dr. Terror’s House of Horrors. This is actually based on the comics, didn’t just steal the title. Buncha pricks on a tourist romp in some ancient crypts get lost, run into evil cryptkeeper Ralph Richardson (bad parson of The Holly and the Ivy), leading to series of flashbacks before revealing that they’ve all been dead all along. 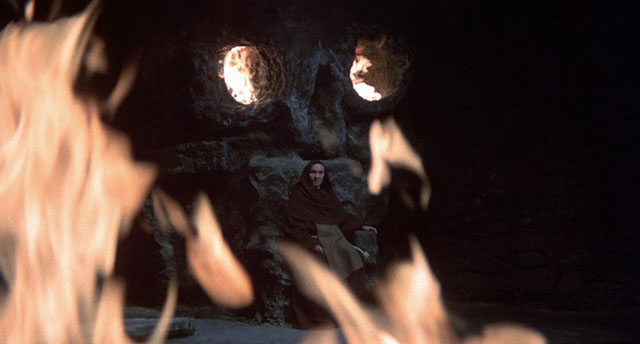 First, TV star Joan Collins kills her husband (for the insurance) on Christmas, then she’s stalked by a psycho killer santa. 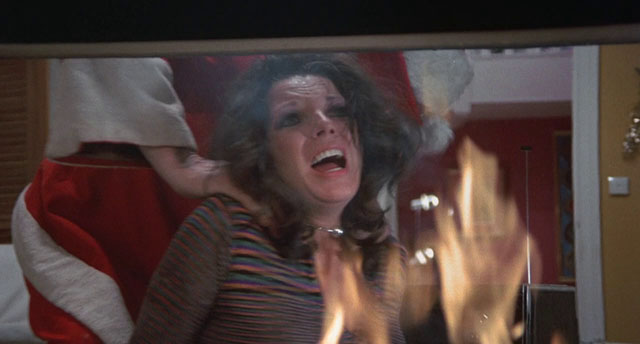 Next, Ian Hendry (Repulsion) leaves his wife to run off with a girl, but he dies in a car crash then comes back a zombie. 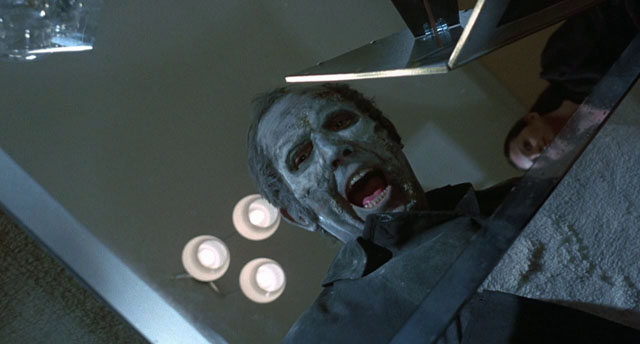 Robin Phillips wants to do some realty scheme, but friendly old Peter Cushing refuses to step aside, so Robin destroys the old man, who comes back a zombie and kills him. 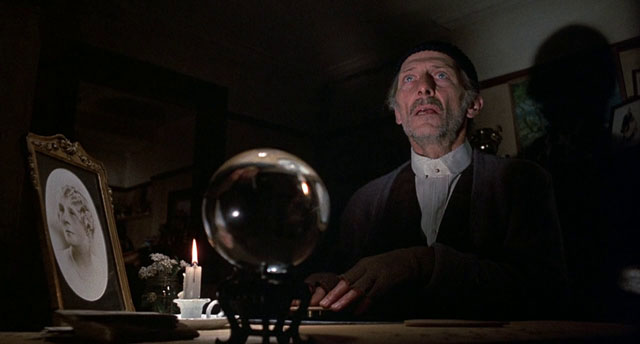 Richard Greene (Hound of the Baskervilles) dies in a car crash after his financial advisor (Roy Dotrice, Mozart’s dad in Amadeus) wishes on the monkey’s paw, then he and Greene’s wife have second thoughts and wish him alive again, but he lives in zombie-agony. Three zombie stories in a row! 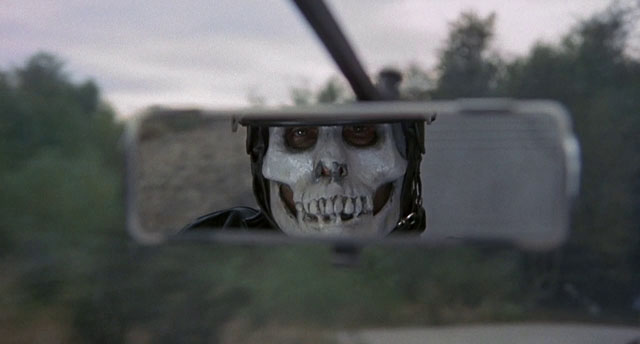 Mustache businessman Nigel Patrick (The League of Gentlemen) becomes new head of a home for the blind and slashes budgets for everything to the despair of Patrick Magee (Alex’s tormentee/tormentor in A Clockwork Orange), who plots elaborate revenge. 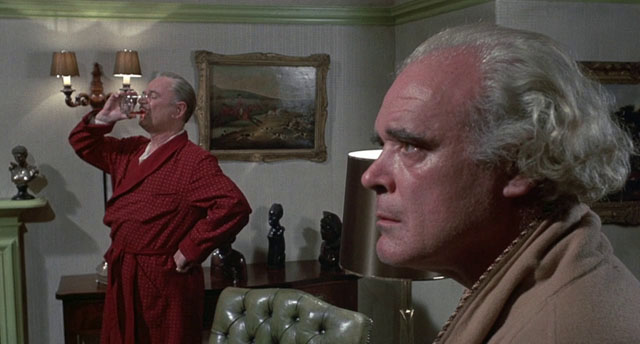