Rewatched Rififi recently after reading that this is supposed to be a parody. Instead of a team of experts successfully pulling a heist then getting killed off by rivals in the aftermath, we’ve got a team of incompetents who botch the planning and the heist itself, escaping with their lives and nothing more.

Cosimo (Memmo Carotenuto, a croaking Eugene Pallette type) is arrested ineptly breaking into cars, forms the heist master plan but gets edged out of the group. Peppe the boxer (ladies’ man Vittorio Gassman) takes over, teams with aged Cappanelle, tough-looking mama’s boy Mario, new dad Tiberio (Marcello Mastroianni, a couple years before La Dolce Vita) and suave mustache man Michele who keeps his virginal sister Carmelina (Claudia Cardinale in her first year in the movies) locked in their apartment. The plan involves Peppe dating a girl who lives above the shop they plan to rob, gaining access to the building through her. 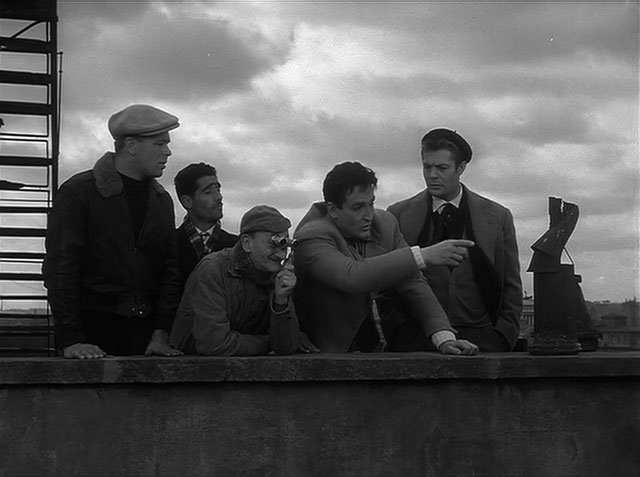 By the time of the heist, Cosimo is dead (run down by a bus trying to purse-snatch), Tiberio’s arm is broken, Mario is fooling around with Carmelina, and Peppe’s girl has quit her job. They break in anyway, fail to get the safe, just steal some food from the kitchen, knock down a wall, then slink away. Reads like there’s a ton of comic business, but for an Italian comedy it’s actually pretty subdued. 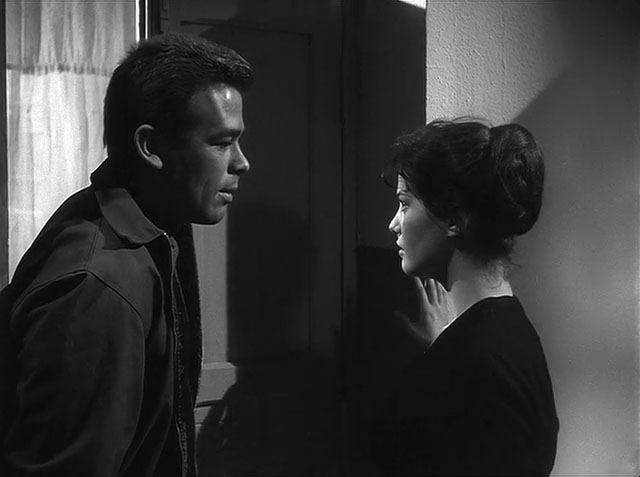 Based partly on an Italo Calvino story – what?