I took no notes on this one, and am starting to forget it, but I take exception to the stills and description playing up the connection to recycled Bollywood film reels, incorporated into the toys produced by the village where this film is set, and into the film itself in quick colorful segments, since this accounts for about a minute of the runtime. Besides producing toys, they prepare for an eclipse, and make a sort of viewing tower. Lovely to sit in Big Ragtag again, beer in hand, happy flashbacks to The Grand Bizarre and Distant Constellation. James Tillman opened, on keyboard, guitar, and dying laptop.

After the feature, we finally visited the VR-cade, dodged the Kevin Lee thing about terrorist propaganda, and slipped into the dark room where I got randomly assigned this experience, a 360+ degree but position-locked, fixed-duration selection of scenes about industrial work. My first-ever VR experience – I was impressed by the overall feel, but not by the resolution of the goggles, which felt not at all like real life, but like a video, sitting too close to the screen. Impressive sensations: after a scene cut, a man on a catwalk talking to me, and I wondered “if he’s on the catwalk where am I,” so I look straight down and I’m hovering in space. Our physical selves are standing in the dark room at retro arcade consoles – I’ve got a steering wheel to orient myself in the real world, and at one point I look down at my hands, expecting to see them grasping a steering wheel, but visually, my hands don’t exist.

This period thriller-thing was an improvement over Belmonte. As with that movie, it’s sometimes hard to tell what it’s adding up to narratively, but it effectively builds atmosphere. Where this is all going must be more apparent to Argentinians of a certain age than it was to me. I did notice that whenever two dudes have a disagreement, one of them ends up disappeared into the desert, which gave me flashbacks to the post-Pinochet doc Nostalgia for the Light. 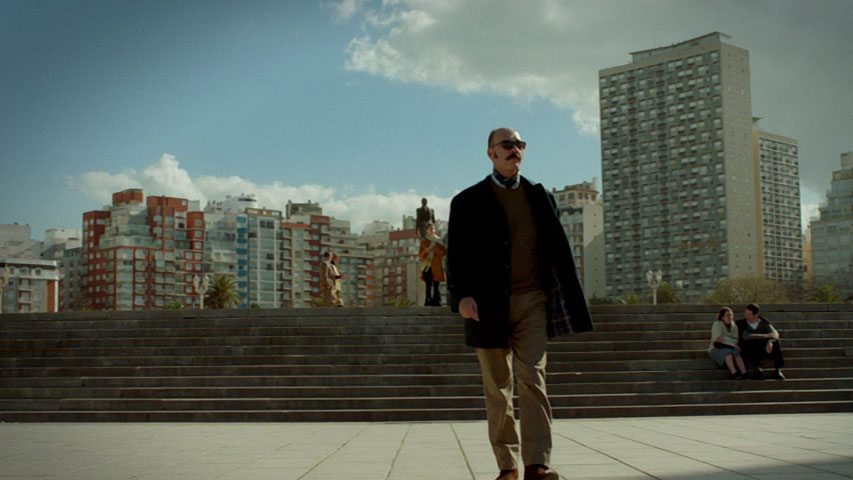 Darío Grandinetti (from Talk to Her) publicly psychoanalyzes a rude stranger into freaking out and committing suicide. Neighbors call Darío “counselor,” but he’s obviously not a mental health counselor, just a respected lawyer, who is close with government man Vivas who wants to “buy” a house that isn’t on the market because its previous owners disappeared before they could sell (leaving behind bloody handprints, how sloppy), so now the paperwork’s all a mess. 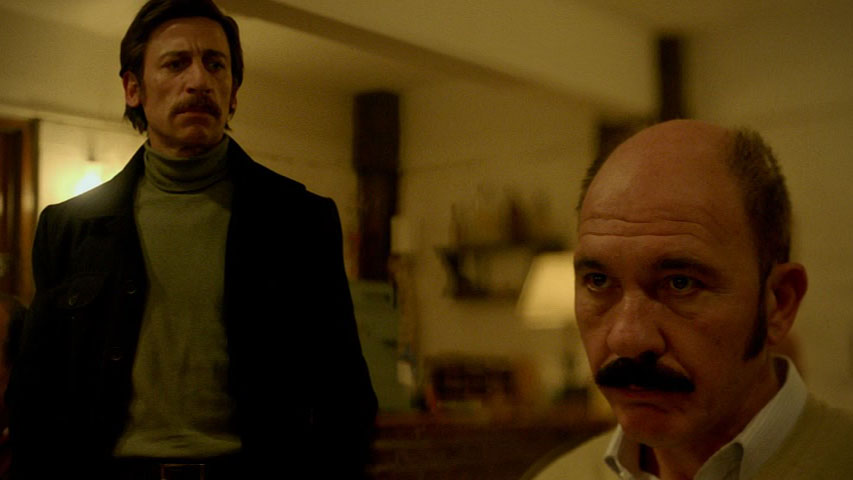 Eventually a famous Chilean detective (Pablo Larraín regular Alfredo Castro, the dog trainer in The Club) will come around asking questions about the suicided man, who turns out to be Vivas’s wife Mabel’s brother. While we wait for the detective plot to kick in, all the sidetrack scenes are intriguing… Mabel freaks out at a museum… a government official welcomes three American cowboys whose performance was postponed by a previous official… Darío’s family attends a slow-mo rodeo and has a great time while an animal is slaughtered to mournful string music… his wife encounters a stranger while peeing in the woods during an eclipse. 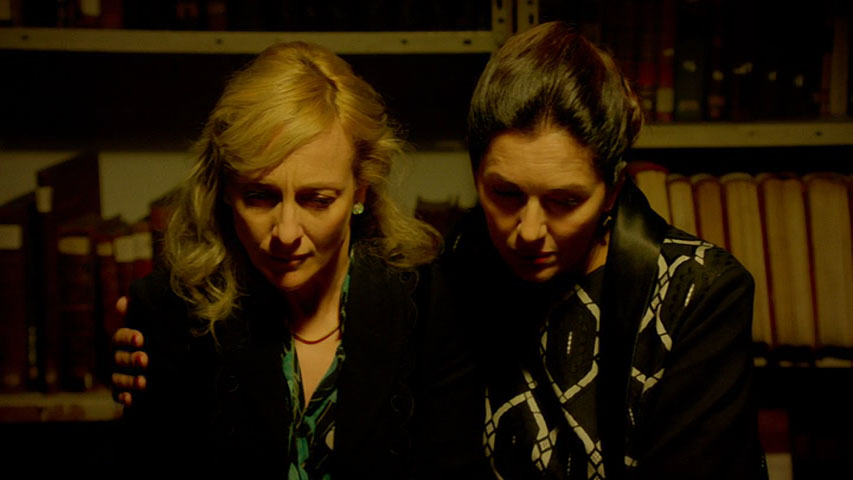 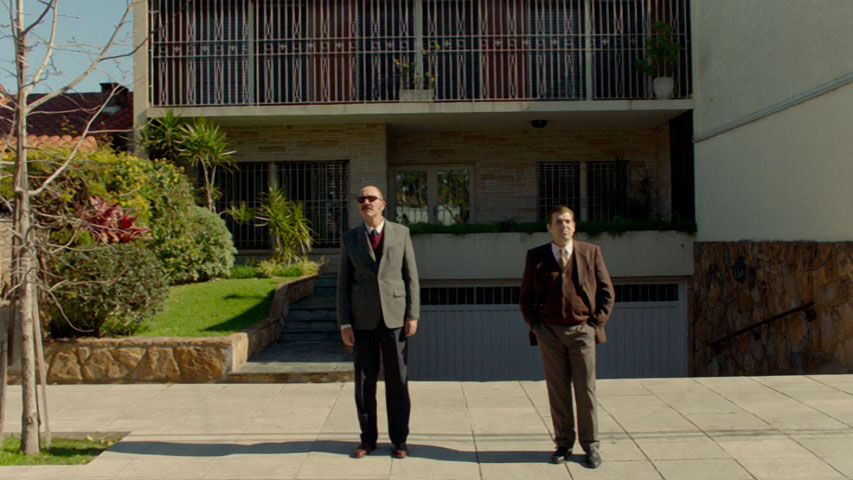 According to Michael Sicinski, Naishtat is “a highly experimental filmmaker aim[ing] for greater accessibility,” so it’s be interesting to see his earlier features. I remember hearing things in Cinema Scope about El Movimiento. V. Rizov in Filmmaker summarizes Rojo: “A really unpleasant lawyer kills a guy because he can and then commits all kinds of similarly unsavory bullshit. The movie is, nonetheless, very fun…” and Adam Nayman writes more about cynicism and disappearance.