Black-and-white static camera setups of tourists browsing a former concentration camp. Some are on organized tours, some use personal listening devices, and some are just reading the signs. Lots of photos, some selfie sticks, some chatty groups and solo lingering. I won’t catalog all the terrible t-shirts people wear to the site, since someone on Letterboxd has already done that. At first I thought “these people are simply awful,” but they’re not – it’s just that those few bad t-shirts stand out, and it’s not clear why they so badly want photos of each other in front of the “arbeit macht frei” sign, but at least they’ve made the effort to come to this place and maybe learn about history instead of getting drunk at the beach. Anyway, the movie is exactly as simple as I’d heard, while the thoughts it provoked were much more conflicted than I expected. 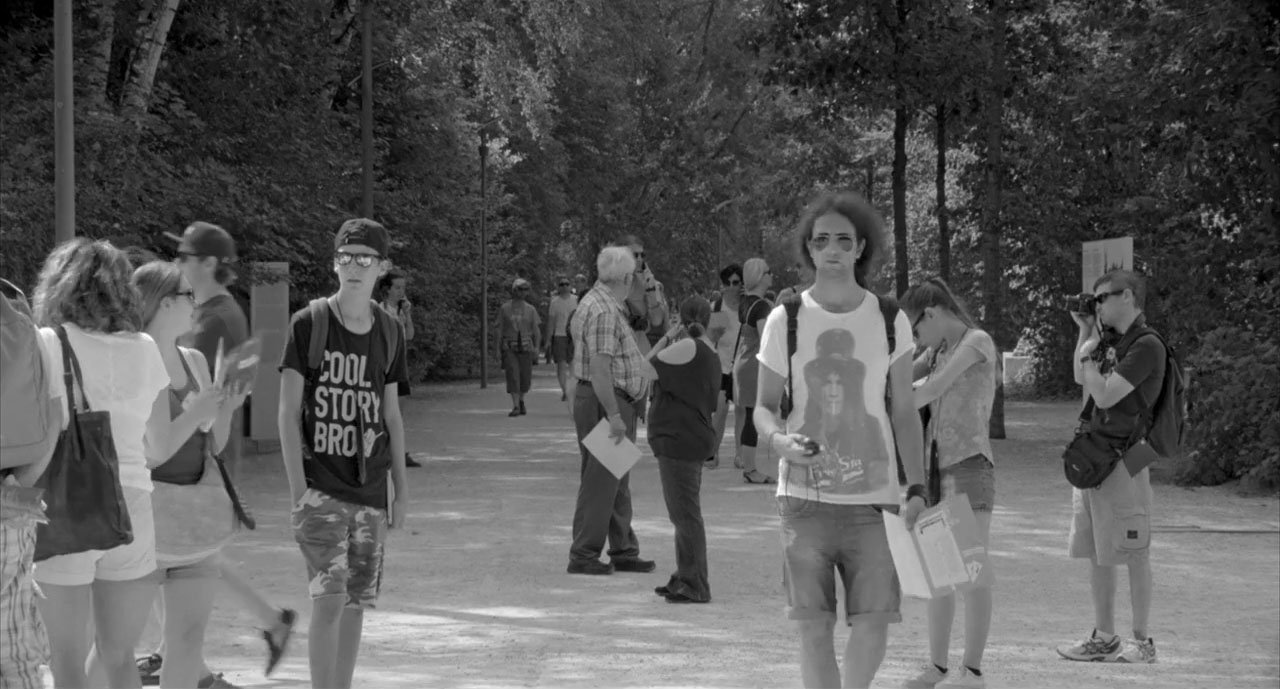 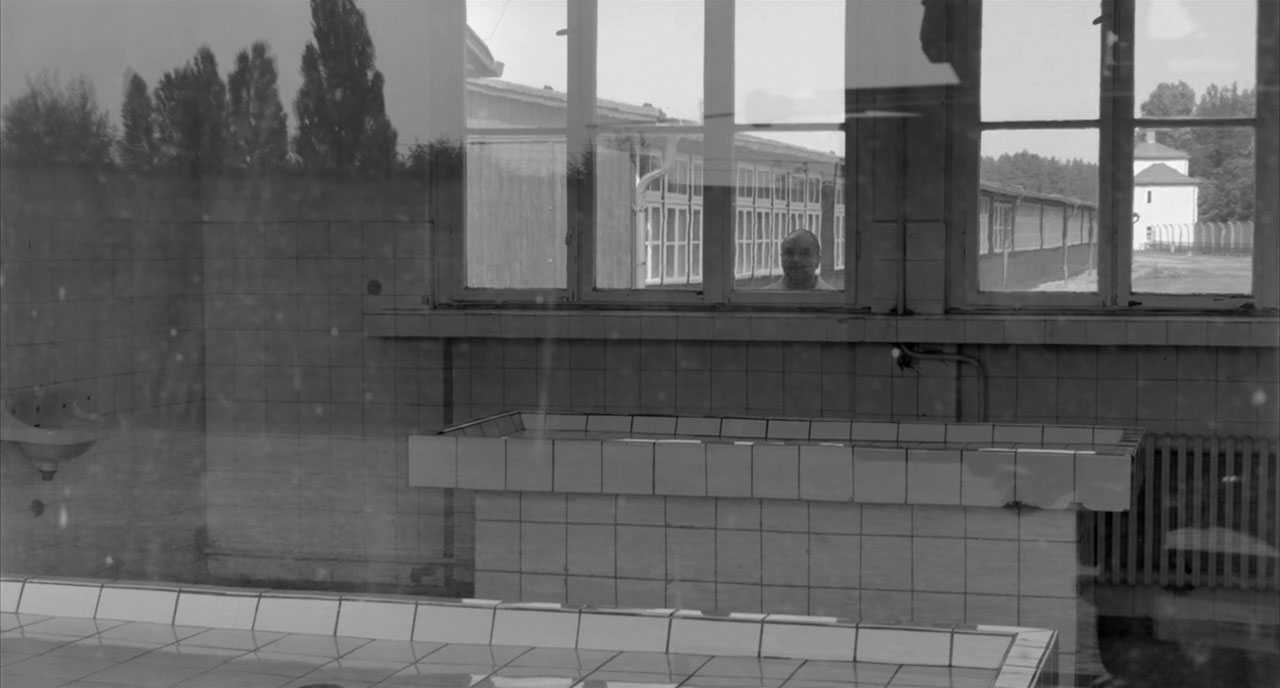 I was in a strange mood one night during Cannes Month, and thus became the first person to ever double-feature Austerlitz with Death Proof. This didn’t actually play Cannes, but Death Proof did, because life is strange. 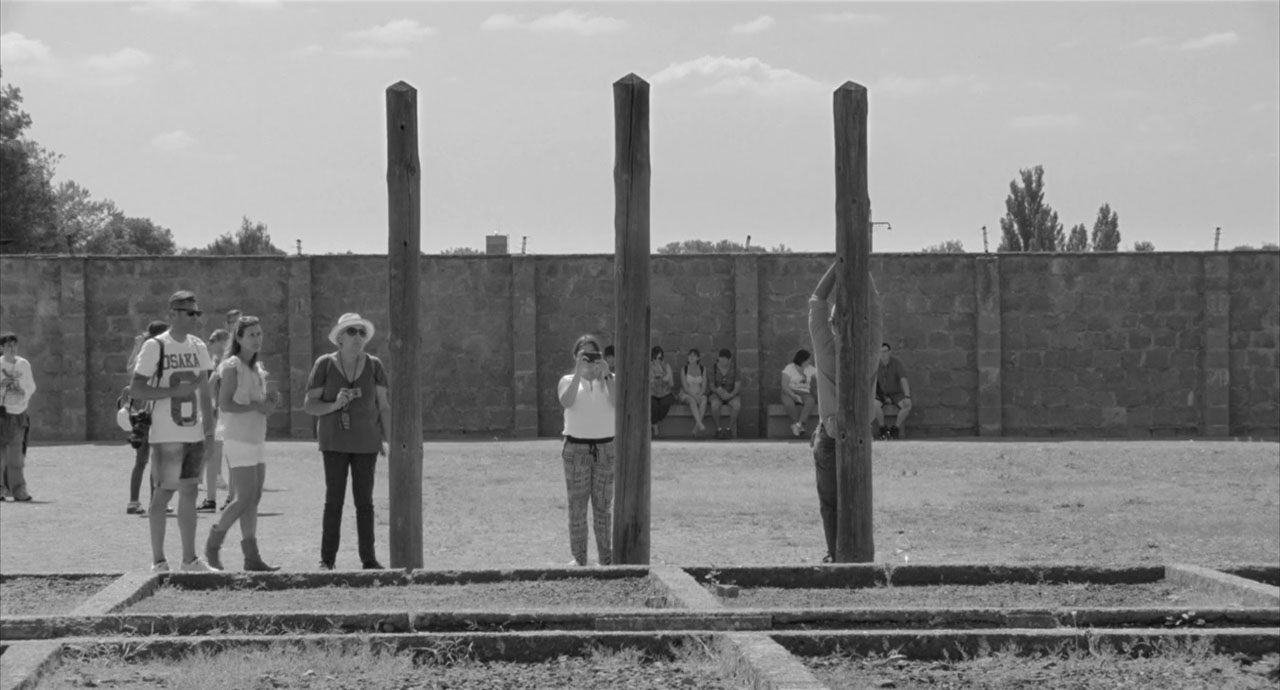 Exhibiting a simplicity and intellectual acuity that is far too rare in the field of documentary, Loznitsa has created a film whose cumulative impact will stay with you long after you watch it, tinting and shading the way that you experience a multitude of previously ordinary cultural practices … Austerlitz is about the disconnection between the greatest horror of the 20th century and our inability to adequately convey it to the 21st. Loznitsa captures this tragedy in the form of a young dude bopping through the gates of Sachsenhausen, his t-shirt emblazoned with last year’s meme: “COOL STORY BRO.” 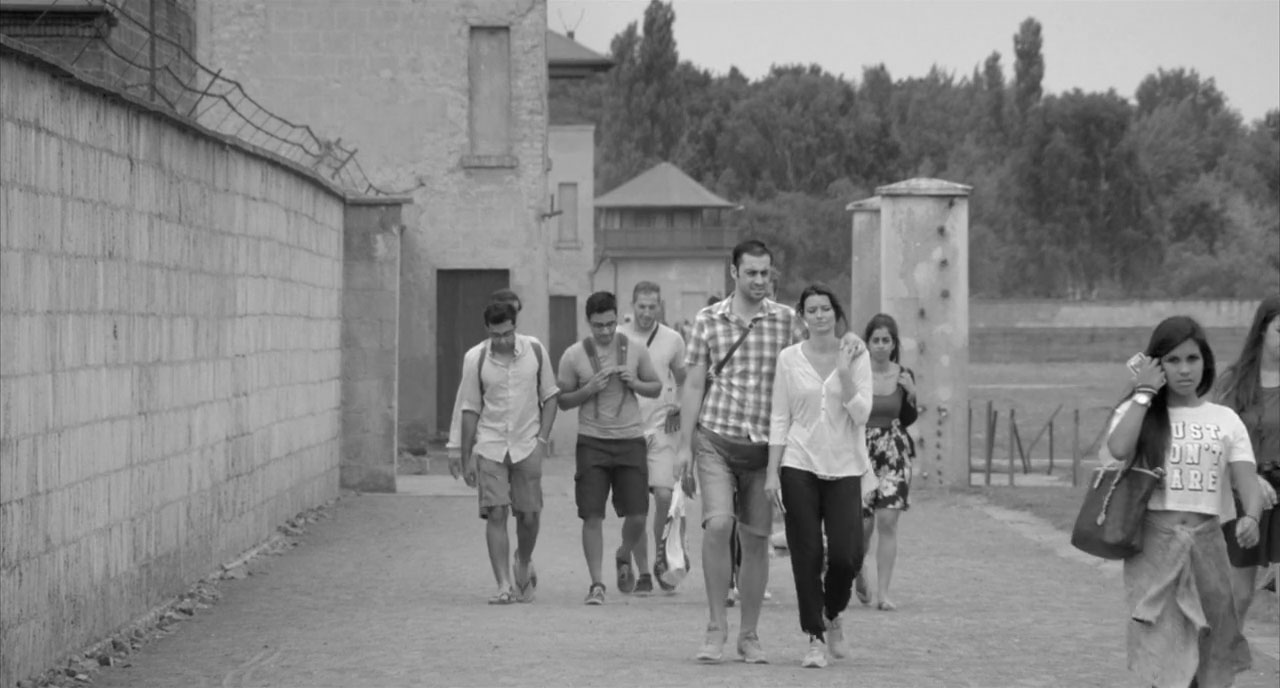 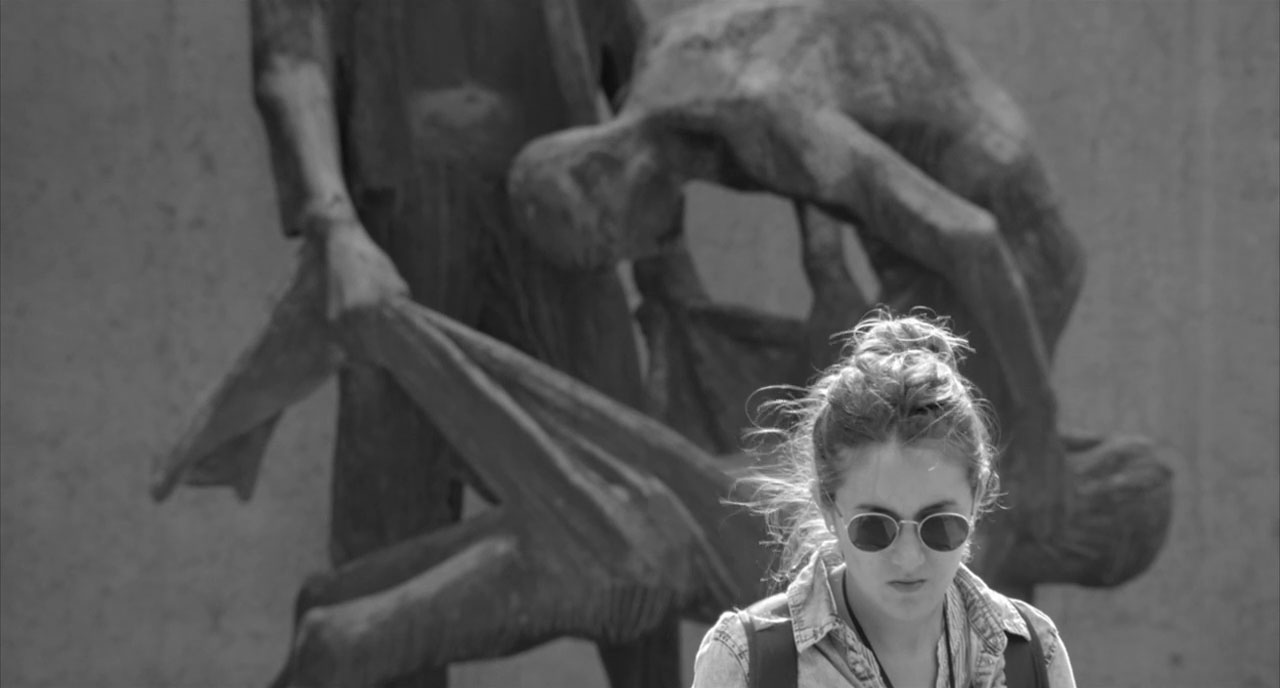 The deep-focus photography of DP Jesse Mazuch accentuates the choreographic shuffle of the crowds en masse, their collective amble posing an unsavoury contrast to the bodies once confined here. The connotation is that grief has been repressed or is altogether absent, the free bodies hemmed in by social etiquette but not too hard put-upon by the gravity of the place. It’s hard to tell if this is the look of an aggregate vigil, several generations removed, or that of an amnesiac drift. 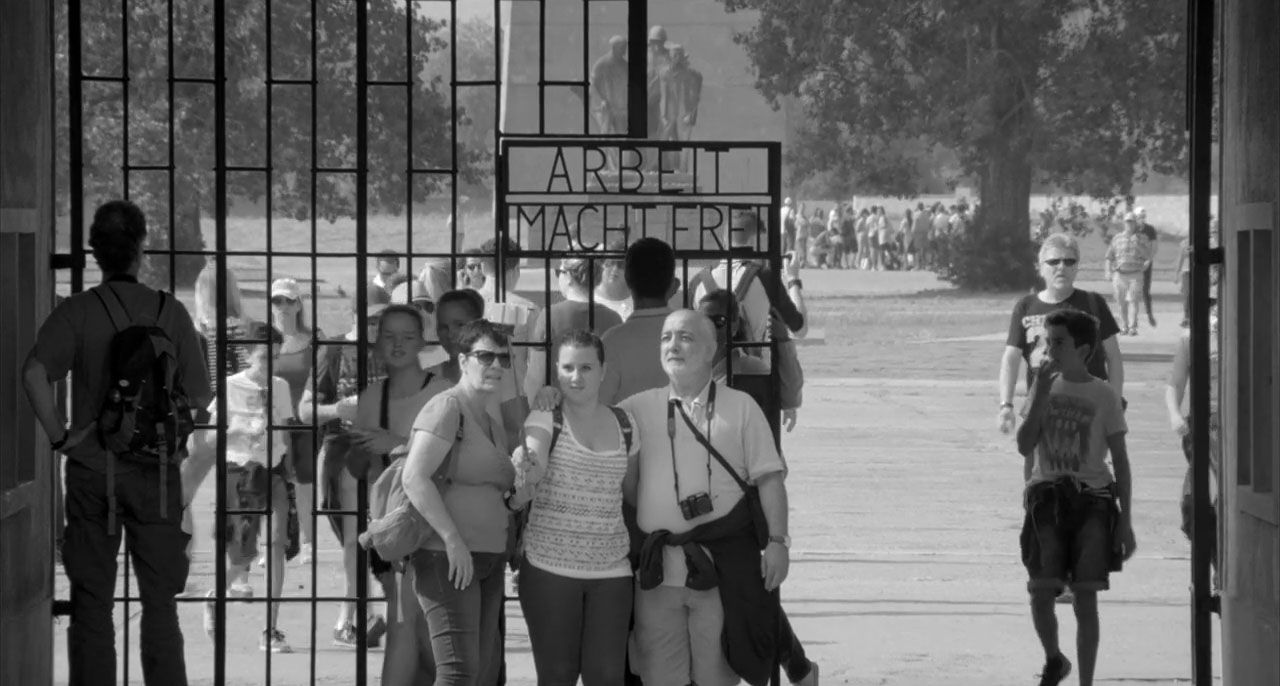 World premiere of this doc, which will double-feature with Profit Motive and the Whispering Wind at Tribeca in a couple weeks, so I watched Profit Motive on video then ran out to see this one in the theater. Unfortunately, Hidden In Plain Sight was also on video, and looked considerably worse projected in the theater than Profit Motive looked on DVD on my laptop. Shot in 16mm and video (you can sometimes see interlacing, especially at the end), then the whole thing thrown into an ugly low-grade digital video mash. If this bothered the director (in attendance), he didn’t mention it, nor did he mention how the music seemed to skip every couple of seconds, so I have to assume these things were intentional. It’s a movie about looking and seeing. Street, somewhat pretentiously (and comparing himself to Godard and Vertov along the way) wants to teach us new ways to look at city scapes. Leaving the theater I was very happy that my city was full of natural light and color, non-interlaced, without any of the dull ambient music (seemingly ripped from last night’s “experimental” shorts) that plagued Hidden.

Street visits Dakar, Santiago, Marseilles and Hanoi, stands on street corners and films stuff. Just whatever. Then there’ll be some black and an intertitle with a quote or an organizational header, then more street corners. Sometimes sync sound, sometimes sound from elsewhere or ambient music or silence. I was content to be bored for the hour, but Street lost some goodwill when he talked some crap about how he enjoyed seeing San Francisco disfigured by the 1989 earthquake… then lost more when he tried to make a point about tourists seeing a wide view of the city, and locals seeing more narrowly, observing finer details. It’s actually a fine point, but he is a tourist, and his street-corner tourist-gaze is far from a local’s view of the city. Shooting stuff that tourists aren’t expected to shoot (walls, locals walking around, more walls) does not make one a local and I resent his attempt to educate the audience and show us “unique perspectives” via banal images. Gianvito’s Profit Motive (or Marker’s Sans Soleil, or Vertov’s Man with the Movie Camera, or Akerman’s From the Other Side) this ain’t.