Sort of a process doc, focused on hands and objects (no faces are seen until the last ten minutes), partly documenting its own making (you hear claps for sound sync, direction to move action into camera view). I usually can’t figure out what they’re doing but I got when they traced the faint remaining pigment lines from ancient pottery and recreated the original design. Anyway the end titles (in reverse order) tell us exactly what we’ve been looking at. 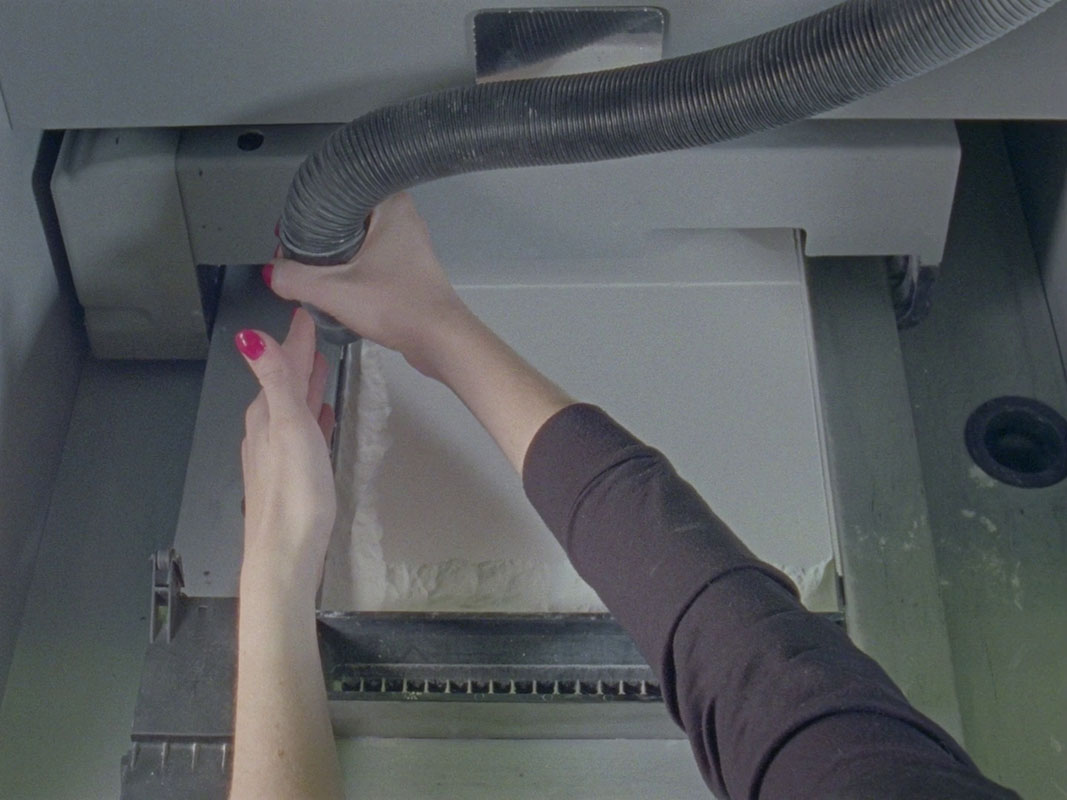 The film seems designed to ensnare viewers in the unspoken fetishistic pleasures of collecting, archiving, and displaying — the same pleasures that drive the economies of poaching and museum-building … Rinland has consistently used a number of formal techniques that have, in recent years, become associated with ASMR. [This film] is a comprehensive catalogue of triggers. 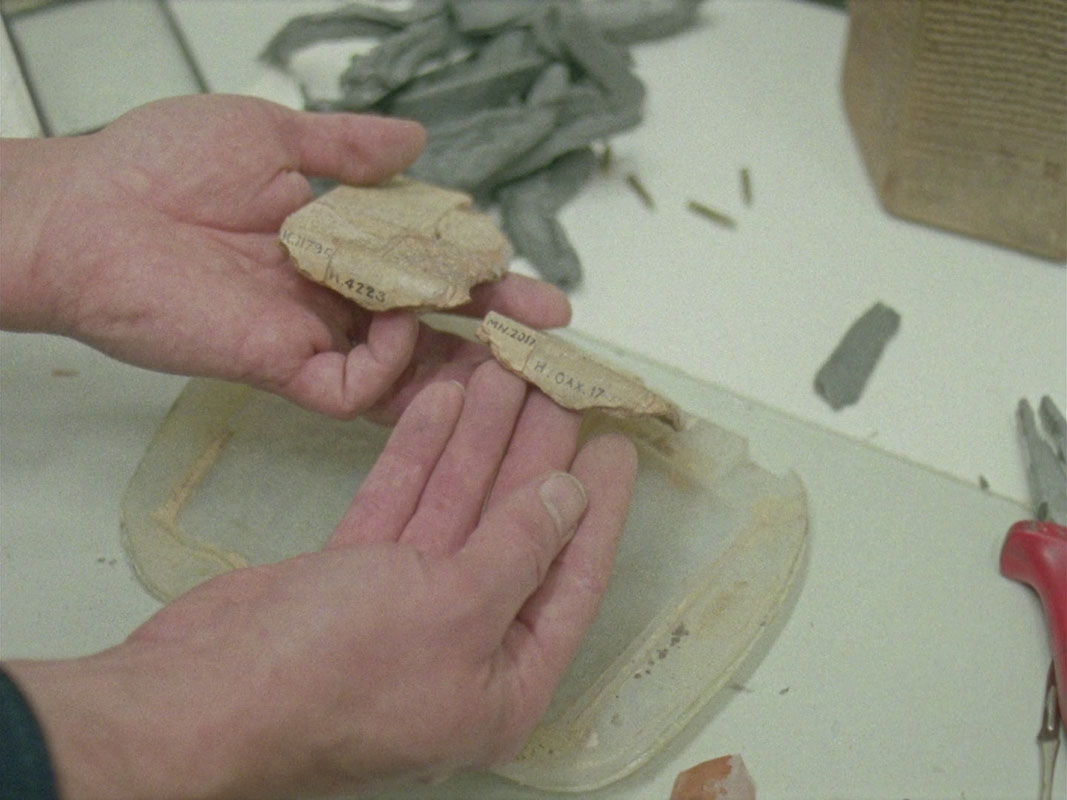