This was everything I hoped it’d be when I heard the vague plot outline. Japanese man wearing loud pajamas wakes up in an all-white room covered in switches. Whenever he presses a switch, something new appears in the room. Meanwhile a Mexican wrestler named Escargot Man prepares for a match. How will these two stories come together? 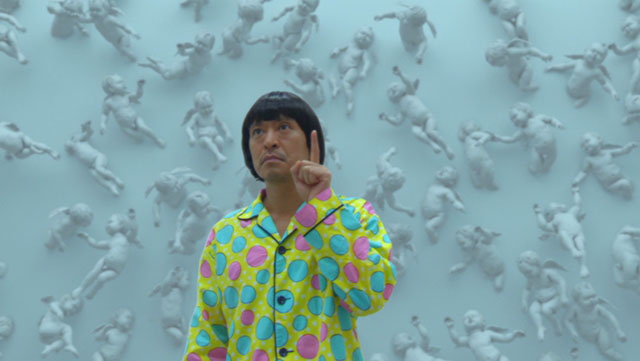 It gets weirder, of course. The switches are angel penises. The man gets a ton of useless stuff, plus sushi (but no soy sauce). He’s somewhat frustrating to my organized mind because he doesn’t try every switch or hit them in any organized manner. But the stakes are raised when he finds a floor switch that opens a door out of the room – just for a few seconds. 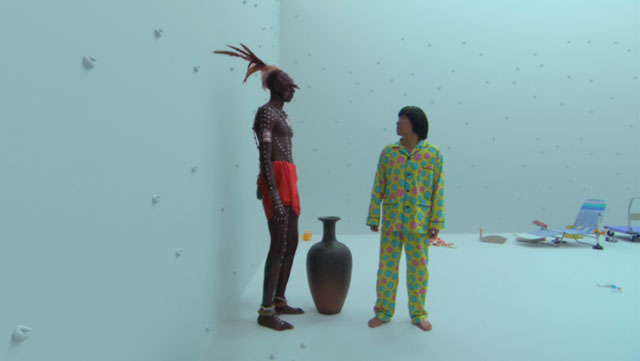 Maybe my favorite part: he has a large pot, and unlimited sushi, so he fills the pot with sushi to weigh down the switch. But it’s too full to lift. So he laboriously starts pulling bits of sushi back out of the pot with chopsticks, when he hits a button that causes an African man to jog into the pot, breaking it in half.

More intricate escape attempts. He finds the exit door has a combination lock (the combo is written on the African man’s head) and a key lock. The key appears on a timer, as does a rope from the sky, so there’s a plan involving swinging and grabbing and running. The man doesn’t talk out his ideas – instead we get wonderful comic-book montages as he envisions what he’s going to do next.

But sometimes he hits the wrong switch and this happens. 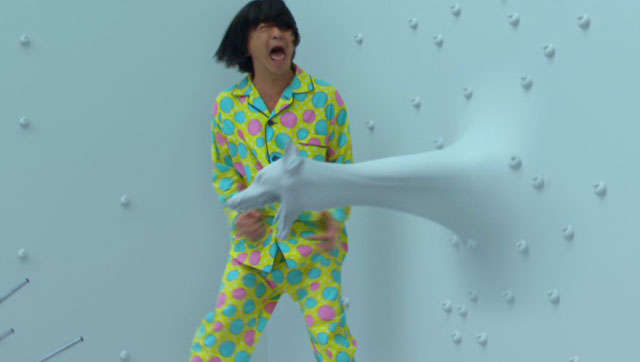 Plan is carried out, but he’s stuck. The door is unlocked, without enough room to open, and he can’t get back into the main room. Passage of time marked by red sushi turning brown. He finds a sliding panel and a new room of switches – this time when he hits them, things happen in the world outside that he’s not aware of. Frustrated, he flicks one switch over and over – one that causes the Mexican wrestler’s neck to extend and deliver a knockout headbutt to whoever’s closest. 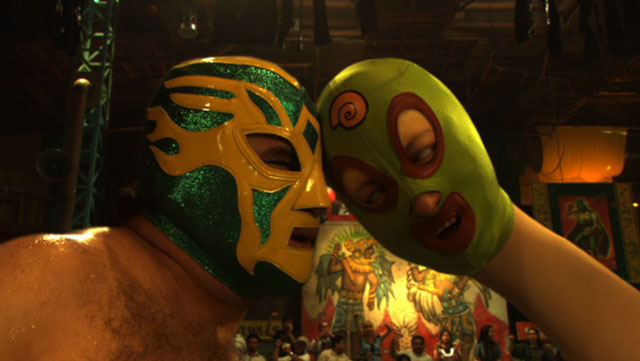 The man ascends a tower of penis switches… to the final room. 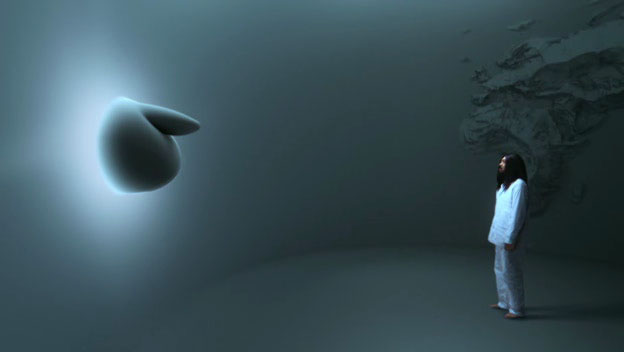