The further, depressing adventures of doomed Apu (now played by newcomer Soumitra Chatterjee) in an uncaring, godless world. Apu now lives alone, trying to write a book while dodging the landlord. When he finally attempts to find a proper job, he claims to be less educated and take a manual labor position, but then decides that won’t be any fun. Still with no ideas or direction, he accepts an invitation to the country and accidentally gets married.

Well it’s a weird situation – he’s going to his friend Pulu’s cousin’s wedding, but the groom appears to be insane. The girl’s dad is convinced that there’s an “auspicious hour” during which she must marry to avoid curse, so they ask Apu. “Is this a play or a novel? What do you take me for?” But he does it, returning to his city apartment with his bride Aparna (Sharmila Tagore, star of Devi the following year).

Aparna makes the best of the situation, seems to be a caring and hard working wife. Things are going well for Apu, so we know this can’t last. She goes home to her parents’ after getting pregnant, dies in childbirth, then he wanders away to finish his novel, leaving his son with the in-laws. 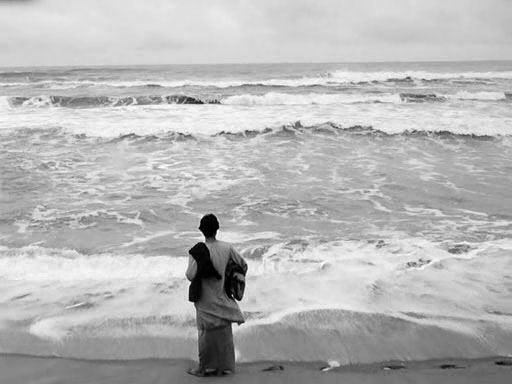 Pulu tracks him down five years later. Apu has abandoned the novel and is working odd jobs from town to town. He’s more of a fuckup than I thought he’d end up. He comes to see his son, convinces the boy to leave the disapproving grandpa and come a-roaming, in an apparently happy ending.

Film Quarterly called it “the most important single film made since the introduction of sound” and I’m not even kidding, while Rosenbaum calls it “the final and weakest part” of the trilogy. At least we can say it’s authentic Indian cinema, the same year Fritz Lang released his “Indian Epic”