“There’s something terrible about reality.” 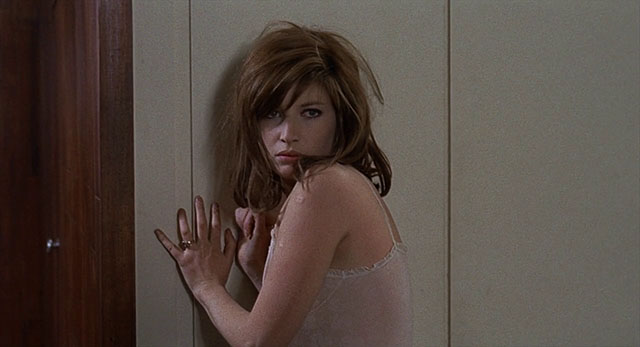 Monica Vitti (a couple years after Avventura/Notte/Eclisse) starts out acting homeless and desperate, begging (actually buying) a sandwich off a striking worker and devouring it behind some trees. Turns out she’s comfortably married to factory owner Ugo, but she seems to have whatever Julianne Moore had in Safe mixed with run-of-the-mill bored-housewife craziness (husband says she hasn’t been quite right since a car accident). 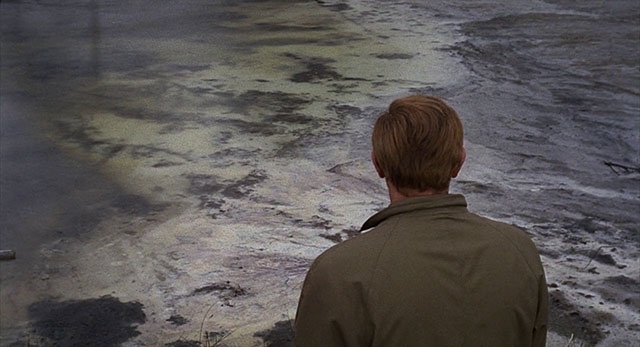 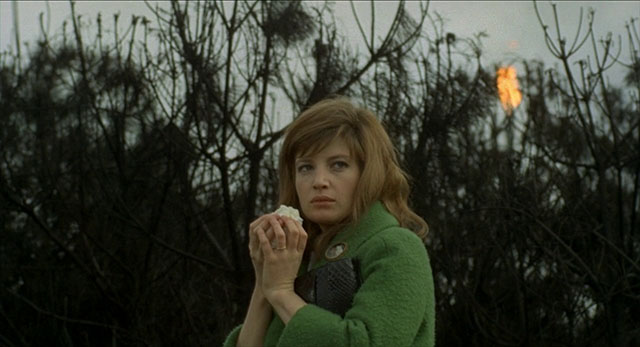 Zeller (Richard Harris of Caprice, which probably isn’t how most folks remember him) is the new guy in town, meeting Ugo inside a rackety, color-coded steam-spewing factory to talk about replacing the strikers. Soon enough the three of them are joining a bald friend and two other women at a would-be-orgy at a beach house (actually a red shack over a polluted river). Monica thinks she’ll open a shop, is painting the place but still doesn’t know what she will sell, tries to confide her feelings in a somewhat ambiguous Harris. I’m not sure what it all meant, but Antonioni shoots the hell out of it, in hazy, polluted color. 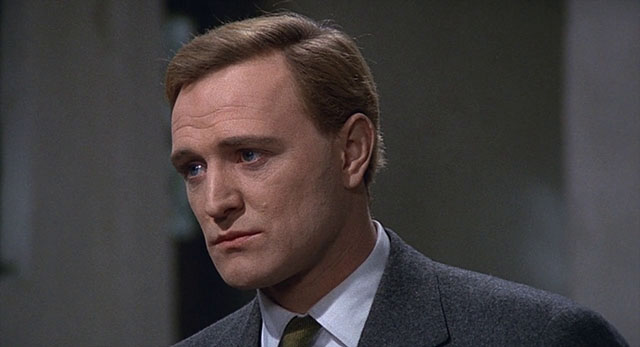 From the film within the film: a story told to Vitti’s son: 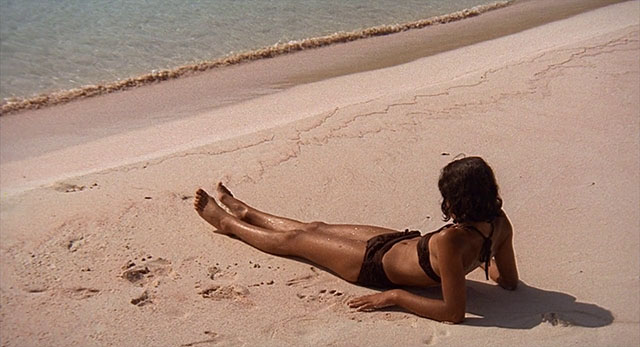 Criterion says it’s a “look at the spiritual desolation of the technological age”, “a nearly apocalyptic image of its time”. M. Le Fanu:

Red Desert is the most ambitious of all of Antonioni’s attempts to ground the condition of our modern existence in a theory of alienation… on the one hand, Antonioni would say, the world being created by the advance of technology is undoubtedly beautiful: we see it in the fantastic structural shapes thrown up by science and industry… on the other hand – and here the pounding soundtrack of the film’s opening ten minutes makes its inescapable comment – this new world is very close to hell. 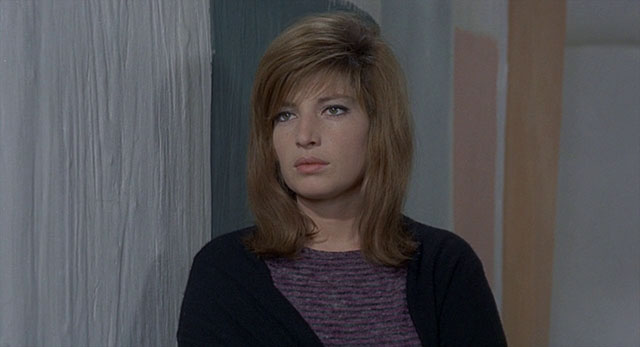 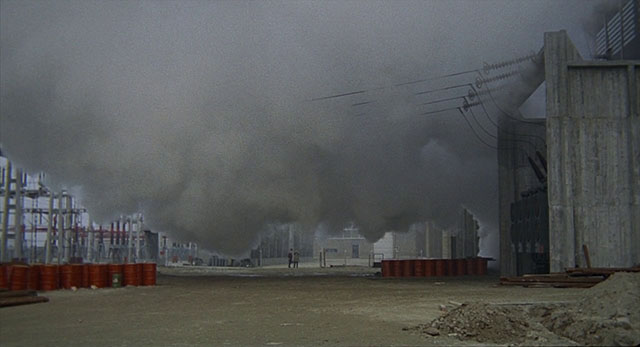