Oh this was awful! The worst, slowest, MST3K-worthy British (“made in Hollywood USA,” the end titles promise, but trust me) “horror” movie, back when horror meant anything out of the ordinary. And yeah the movie turns out to be about a 200-year-old frog who is lord of a castle, and that ain’t a bad concept, but nobody dies except the frog (one old woman is frightened, and a younger woman screams!) and nothing happens for the first 75 minutes except rich British people speak slowly and properly and act put out by things. Oh, and someone is menaced by an even worse rubber bat than the one in Black Sunday. 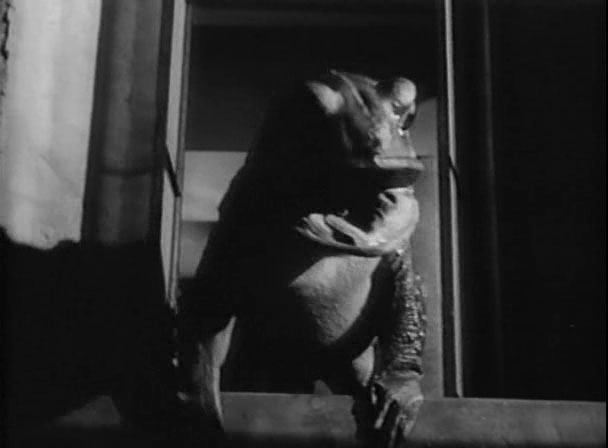 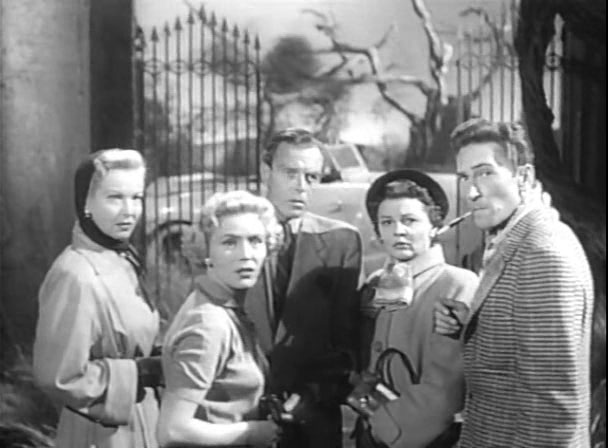 Richard Carlson (of The Ghost Breakers and It Came From Outer Space) is to marry Veronica Hurst (a small part in Peeping Tom) but his uncle dies and Carlson disappears to tend to the family castle. Hurst arrives with her insufferable relative Katherine Emery (Isle of the Dead), and they worry for over an hour then invite some friends who worry more, then Hurst gets out of her room and sees the frog and it jumps to its death and the couple who’ve shown no affection for each other can finally get married. The second-to-last feature by Menzies, who made Things to Come in better days, adapted from a novel by Daniel Ullman (writer of a hundred westerns). I was surprised to see that a 3D version exists, since dull people worrying aloud in 3D is no more thrilling than in 2D. 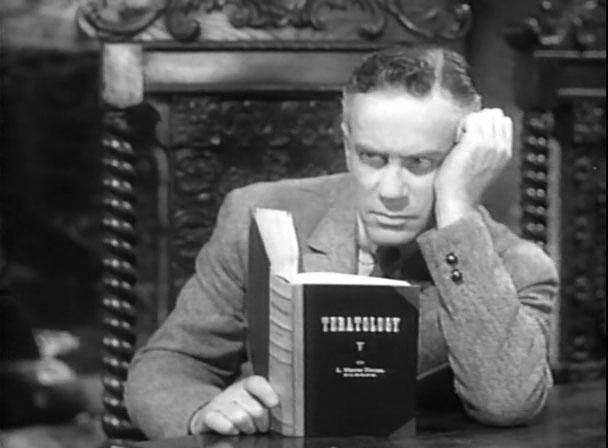 Narrator Emery begins the movie centered in-frame but her chair slowly sinks. Here she is at her lowest, pleased as punch after the giant frog suicide: 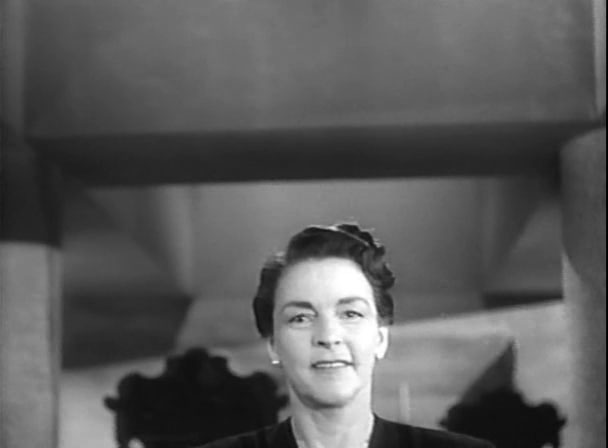