This is one of Buñuel’s anarchic sketch films (see also: Simon of the Desert, Phantom of Liberty) which he made in between his relatively more normal, subversive upper-class films (in this case between Belle de Jour and Tristana). I still think I appreciate his films more than I enjoy them, but the more of them I watch, the more I feel that his career is unassailable, that his last twenty years of filmmaking produced one long masterpiece. It turns out I had seen this before, though I barely remembered it. Must’ve rented the tape from Videodrome. Don’t think I finished it last time, because it got foggier around the halfway point. 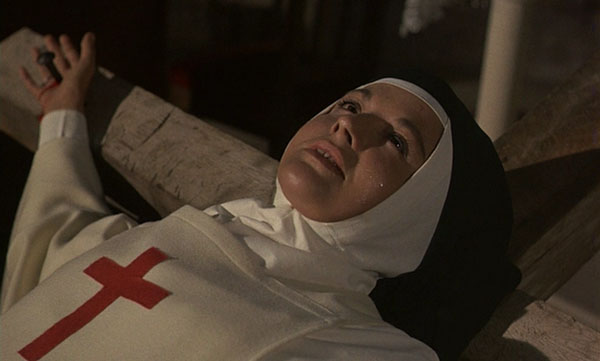 Such a smart and well-researched movie, I don’t feel qualified to discuss it. I can discuss the cinematic aspects though. Good photography with no surprises, unusually long shots but not noticeably/showoffy long. Buñuel’s movies always feel the tiniest bit too slow for me, too perfectly calm and collected, the acting and sets and camerawork too high-quality for their content, which I suppose is the point.

The plot is a “picaresque”, two beggars wander into various scenarios during their long walk from Paris France to a holy pilgrimage spot in Santiago Spain – although it turns out they’re not on a pilgrimage themselves, they just heard there’s a huge crowd in Santiago where they can get rich on spare change. Different historical periods and bible stories blend into their present-day 1960’s voyage without anyone batting an eye. They meet Satan(?), the Whore of Babylon, and lots of people discussing the six central mysteries of Catholicism and their associated heresies. They do not meet Jesus, the Virgin Mary, the Marquis de Sade or the Pope, but they’re all in the movie via sidetracks from the main action (though one could argue that it’s all sidetracks). Plenty of surreal moments keep the movie lively even when the dialogue is all obscure religious debate. 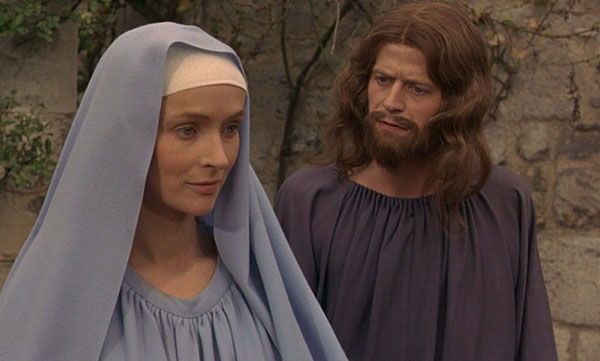 French cinematographer Christian Matras was about Buñuel’s age, had also shot most of Max Ophüls’ best films, also The Eagle Has Two Heads with Cocteau and Grand Illusion with Renoir. Co-writer Jean-Claude Carrière (also an occasional actor) worked on most of Bunuel’s 60’s-70’s stuff and over a hundred other movies, including recent ones like Chinese Box, Birth and Goya’s Ghosts. The guy who played Jesus starred in Rohmer’s sixth moral tale a couple years later. Virgin Mary Edith Scob was in Franju’s Judex in the 60’s, and lately in some Raoul Ruiz films and the newest by Olivier Assayas. Of the two tramps, the older would be in the next two of Buñuel’s French films, and the younger would star in Clouzot’s La Prisonnière and Godard’s Détective. 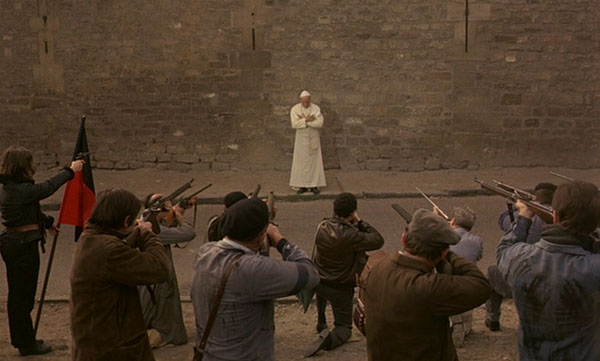 In the DVD interviews, Ian Christie tries to make us feel better for not knowing the historical references – he says nobody knew them. He got a press kit. The film was influenced by The Saragossa Manuscript, which sounds cool. “What heresy means for him is a kind of metaphor, I think, for human beings’ fascination with arguing about the immaterial, the invisible, trying to bolt it down and make it literal.” Screening when it did, it was alternately seen as cleverly reflecting or having nothing to do with the political and social upheaval in late 60’s France. Interview with the writer and documentary on the DVD are both pretty alright, nothing that needs repeating here.

Our two bums with the whore of babylon: 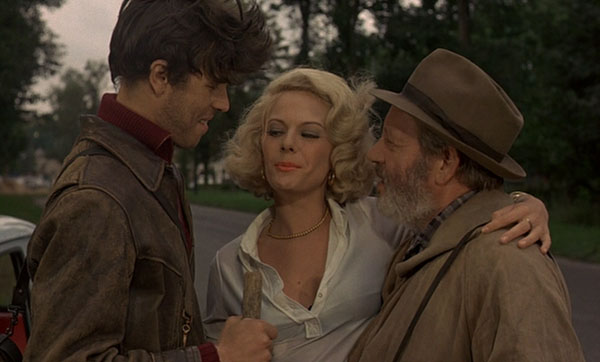 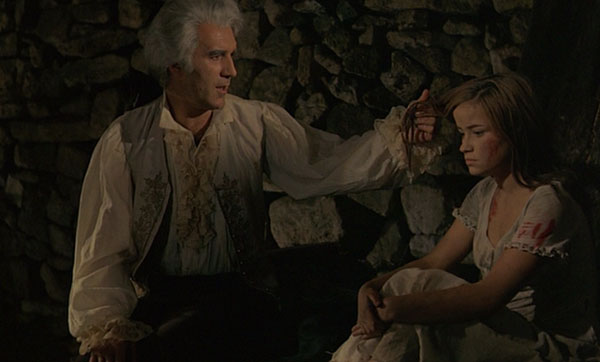 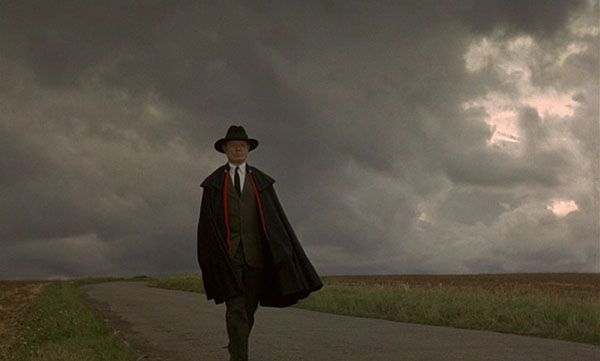 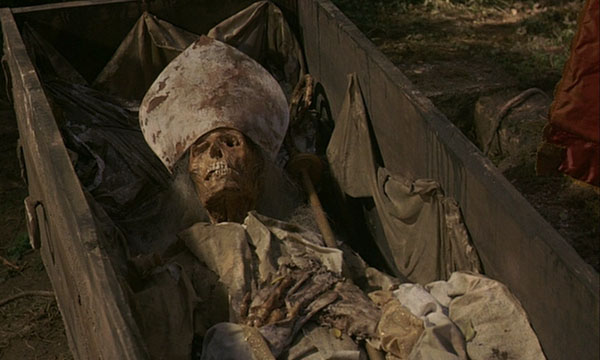