Miranda 1 “the professsional” is presenting her work on Miranda 2 “the amateur” to the viewer. I think 1 transmits numbers and patterns to 2, who paces a cell, reacting with hostility to these communications, while 1 watches lovingly. “A portrait of a woman on the brink of technology-induced madness”

Another single-room two-person short. Will Oldham is an ageless man telling his stepson a bedtime story about how the boy was kidnapped and sought for over a hundred years, only to mysteriously reappear.

Whoa… teenage Chantal comes home, eats dinner, tosses the cat out the window, cleans the apartment, then kills herself on the stove. Jeanne Dielman in miniature – with less technical mastery, replaced with a playful sense of anarchy, extended to the dubbing (she sings in voiceover when not singing onscreen, and when lighting a match, the sound effect is a voice saying “scrrratch”). Watching the doc later, she calls it “the mirror image of Jeanne Dielman.”

Up there with Lynch in terms of having the most warped ideas and having the technical chops to get them onscreen. This is the height of color and form/space/scale weirdness while still maintaining some vague narrative trajectory, accompanied by bent spooky music, then it hits new heights when our heroine leaves the house (putting on a mask first, much appreciated), sneaks into a theater and unleashes her phantasmagoric cel-animated phallic-symbol madness on an unsuspecting stop-motion audience. A masterpiece, filmed from 1974 to 1978.

Serigne boarded a pigogue heading to Spain and died on the way. However, Serigne sits around the fire with a couple of friends detailing the trip and his reasons for leaving. Obviously a ghostly precursor to the feature.

Faster cutting between a larger set of dancers towards the end. 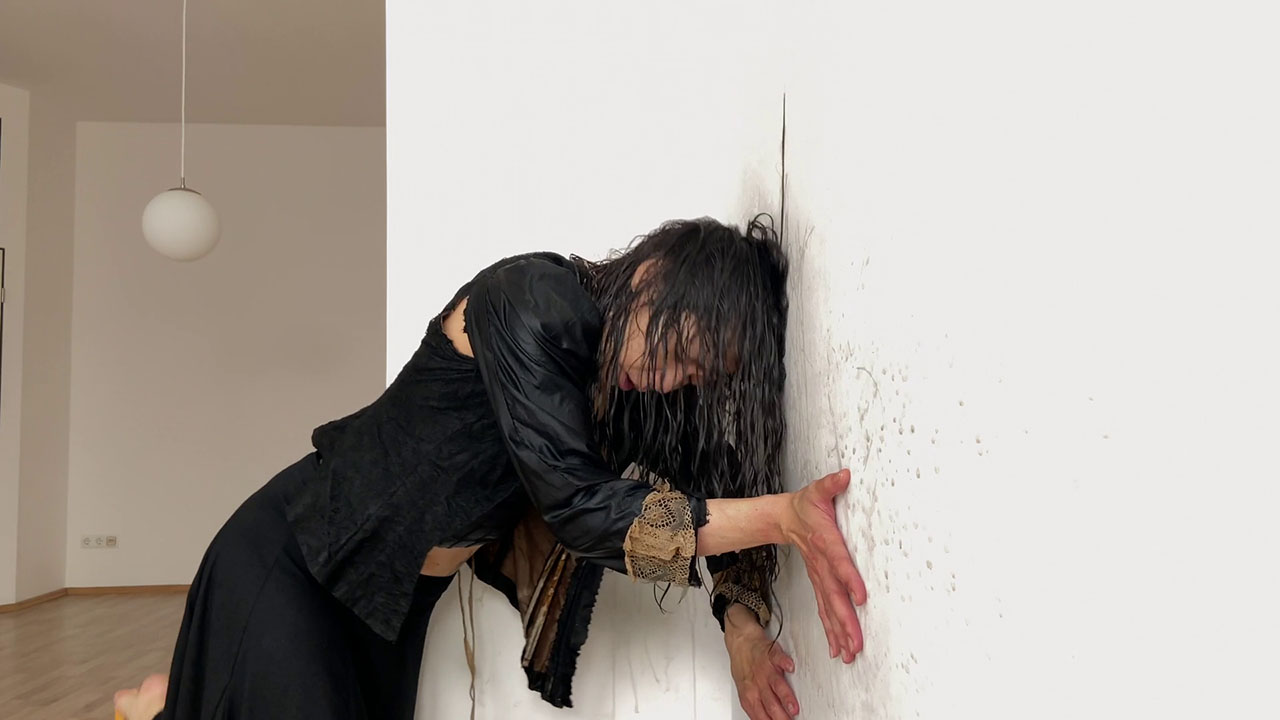 Shot in the Jauja ratio (square with rounded corners). Strange movie – I didn’t know where it was going, thought the much-discussed pie scene was fine, followed along through some wtf moments, and finally felt deeply moved at the end. The second great ghost film of 2017. Theme of writing down secrets and slipping them into rocks and walls, similar to the Wong Kar-Wai whispers. Writer/director Lowery has a bad mustache, makes lyrical indie dramas in between Disney live-action cartoons.

Rooney and Casey are married, argue sometimes, make love sometimes, then he dies in a car accident just outside the house and appears as a classic ghost (white sheet with eyeholes). Time moves fast – months pass while he makes a single round of the house. He terrorizes some new residents, observes a house party with a nihilist Will Oldham, and witnesses the demolition of the house and construction of a massive office building. Suddenly time resets and we’re in American settler times, then back to the house, where the strange new-house noises heard by Rooney and Casey appear to be the Casey ghost, making one wonder whether the ghost is even Casey after all. No need to write down what happens in the final minute, because I’ll never forget it.

A female-directed movie where both the male leads get naked, heh. Of course I saw this cuz Bonnie Will Oldham plays Kurt. Vaguely adrian-brody-like guy named Daniel London plays Mark… was apparently in Minority Report and Patch Adams.

The title comes from the line “sorrow is nothing but worn-out joy”. One of the few lines in a very quiet movie. Peaceful, especially once they get to the hot springs. Supposedly it’s “about” two old friends trying in vain to reconnect their dying friendship. I did not have this feeling of regret and woe hanging over my head, found it to be a profoundly happy movie.