The camera prowls a nice house full of artworks and memorabilia, two visitors conversing on the soundtrack, their footsteps clomping through the halls, but never seen, as a piece of music comes and go in scraps. 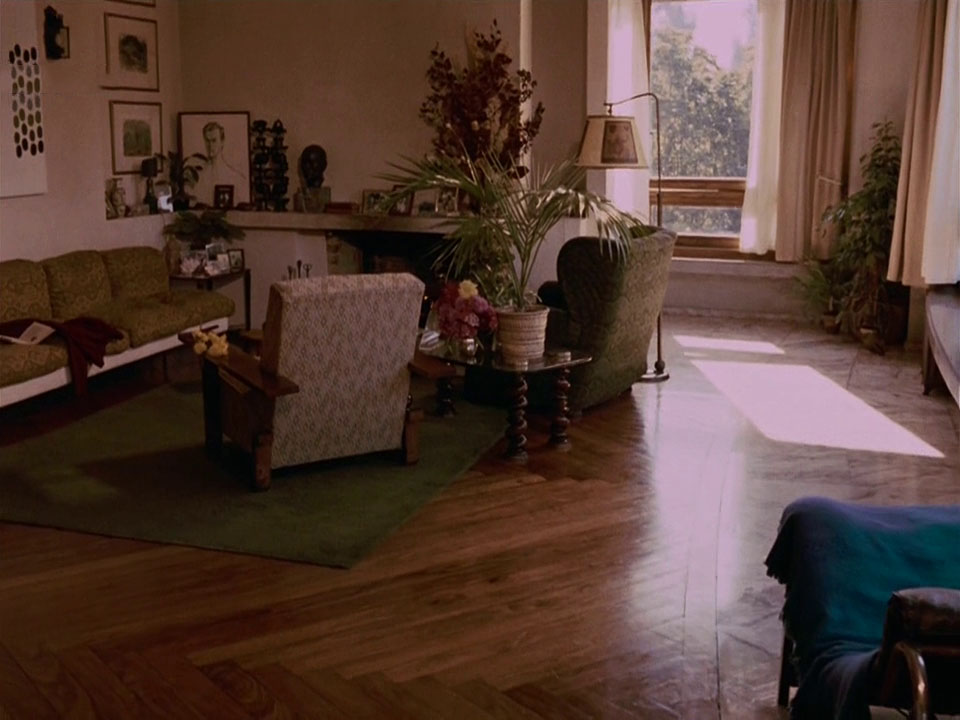 Then Manoel de Oliveira introduces himself (“Cinema is my passion”), speaking directly to us. He walks to a new room, the color of his sweater changing and a small picture of the Mona Lisa following him into every camera angle, then shows us home movies with loud projector noise. 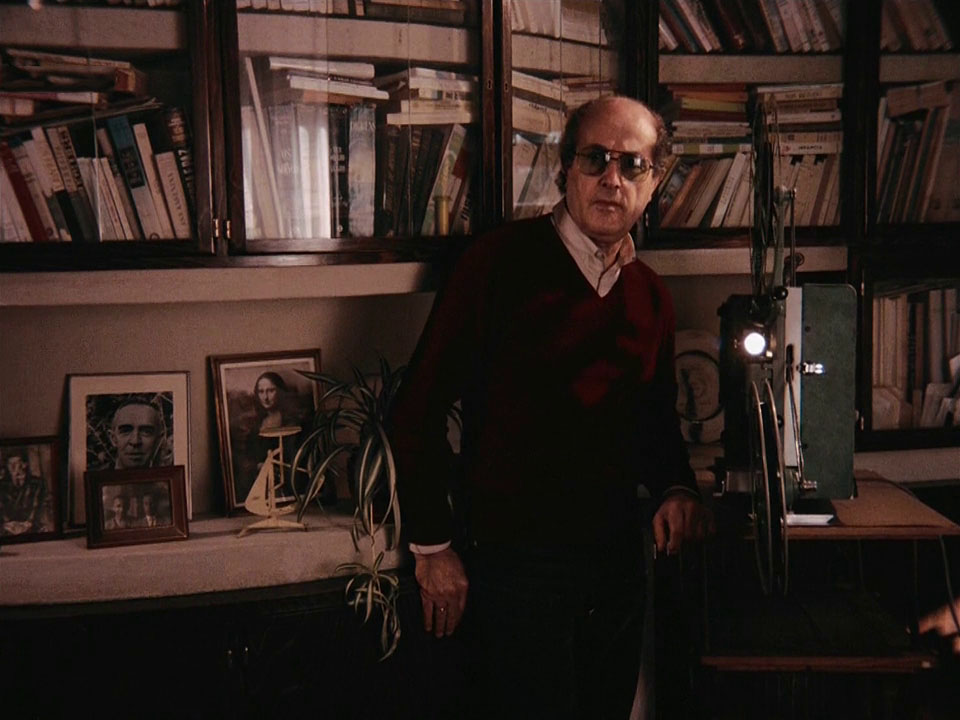 Back to the visitors, who were supposed to be meeting someone at the house and feel self-conscious about their intrusion, but not enough to leave… back to Manuel, and so on. Manuel’s deliberately-paced stories of the past in plain language feel like a school report, conflicting strangely with the poetry and superstition of the visitor segments. He eventually tells us that he’s a visitor here himself, having sold his childhood home to pay for his films. 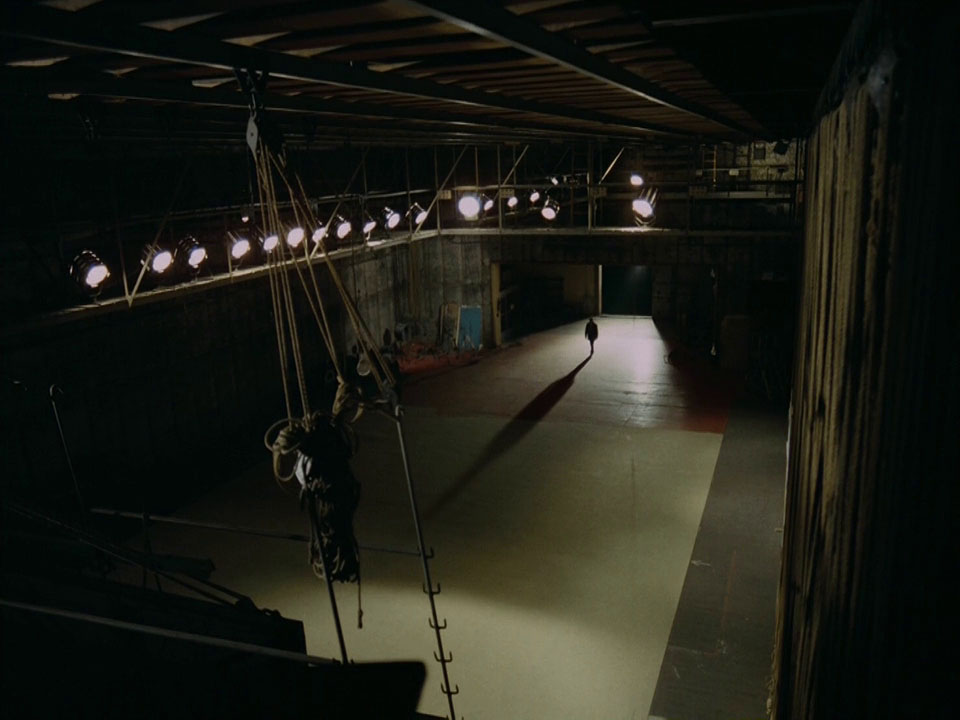 Halfway through, we interview Manuel’s wife Maria Isabel, only the second person we’ve seen in the film. Manuel gets less narrative and more philosophical after this break. He talks about his recent films (and the one he was writing: Non), and we head unexpectedly into reenactment territory with the story of his arrest by the fascist government soon after the premiere of Acto de Primavera. 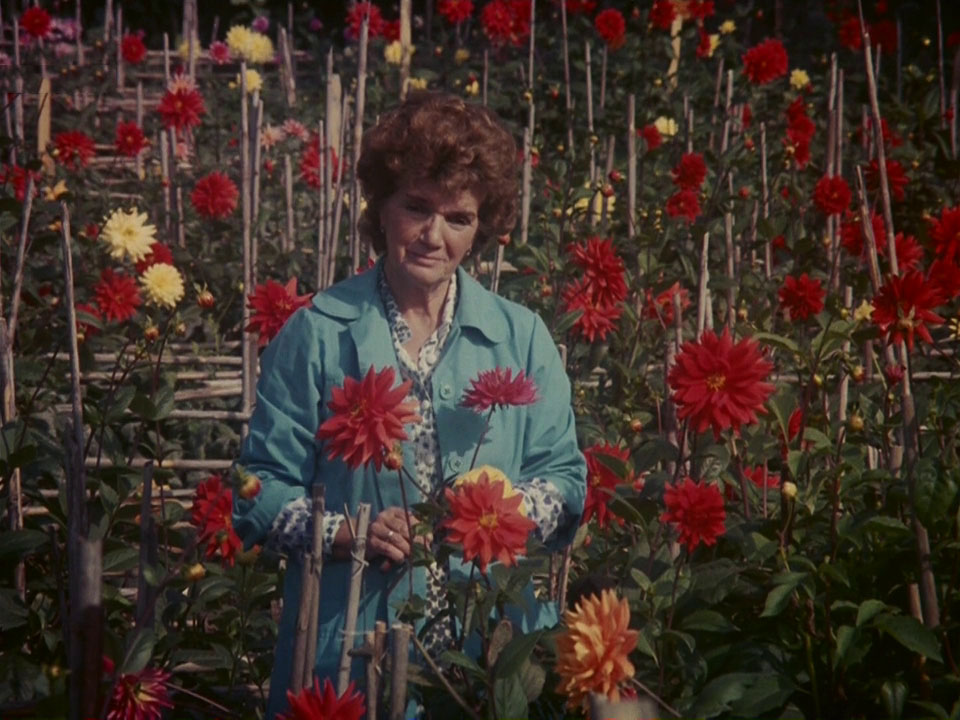 Oliveira spoke like he was at the end of his life, not realizing that another 22 years and half his body of work was still ahead of him. His final narration, “and I disappear,” then a quick slideshow from the family album until the film runs out of the projector. This was withheld from public release until after the maestro’s death, a fitting finale. 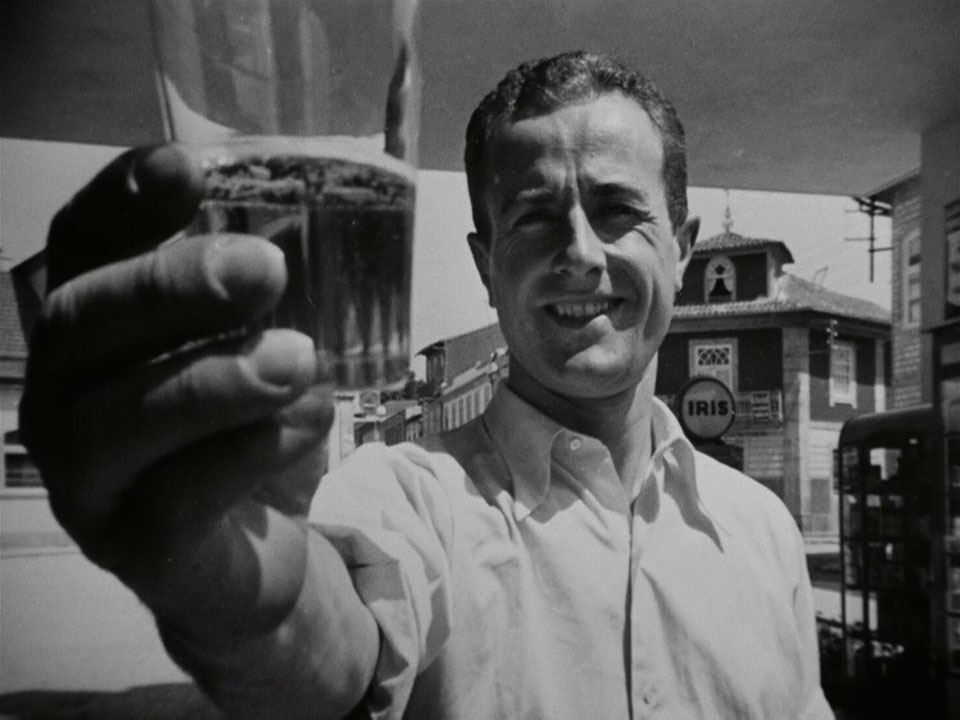