A hell of a weird, fun flick. The central story is a sort of Western parody: a couple of truckers come across a lousy ramen place run by a woman named Tampopo and decide to help her improve it, recruiting more experts until she has the best ramen in town, then disappear into the sunset. But the movie’s most genius idea was cutting little food-related vignettes into the main film, basically an improvement on the structure and focus of The Kentucky Fried Movie. 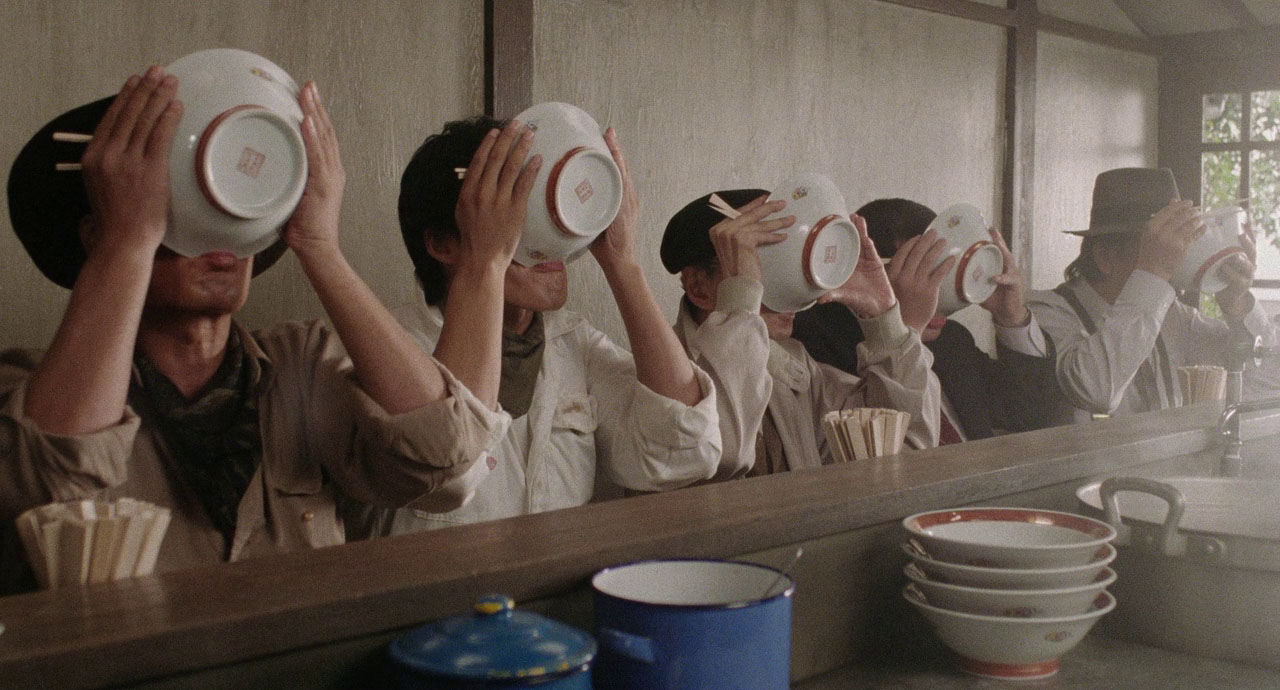 The first I’ve seen by Itami, who also made episodic comedy The Funeral, and died twenty years ago this week. Tampopo is Nobuko Miyamoto (Itami’s wife, star of Sweet Home), along with her team: main trucker Goro (Tsutomu Yamazaki: Farewell to the Ark, Kagemusha, Rikyu), his sidekick Gun (Ken Watanabe, the most famous Japanese man in Hollywood), broth master Yoshi Kato (a bunch of Shinoda films including Silence), noodle expert Shohei (Kinzô Sakura of Itami’s A Taxing Woman), and hardass interior designer Pisken (Rikiya Yasuoka of some early Miike movies).

I’ve already forgotten half of the incidental sideplots, but the recurring one featured a white-suited gangster (Kôji Yakusho, the guy from Doppelganger, Tokyo Sonata, Eureka) and his girl (Fukumi Kuroda of Tales of a Golden Geisha) having weird food sex.