Along with Talking About Trees, we’re catching up with movies we meant to watch at this year’s True/False. We had tickets to see this (plus two shorts) at 10:15pm on Saturday after four other screenings, but ran out of energy. It’s a mid-length movie combining three different kinds of things:

1. Modern news footage of police violence mixed with classic Black Panther film mixed with colorful HD shots of the director herself, posing and walking through the titular garden. This is sometimes set to music by Nelson Bandela (Random Acts of Flyness), and is overlaid with thin strips or entire areas of Mothlight flicker.

2. Concert film of Nina Simone in 1976, playing a rambling but wonderful song called “Feelings.” Incidentally, it seems like her entire persona was copped by Cat Power.

3. Street interviews, the director stopping women in Harlem to ask if they feel safe. The rest of the movie worked beautifully for me – I’d watch those sections all day long – but the interviews weren’t as enlightening. Of the True/False movies we’ve seen in the last 15 months that involve asking New Yorkers about their anxiety, I preferred Hottest August. 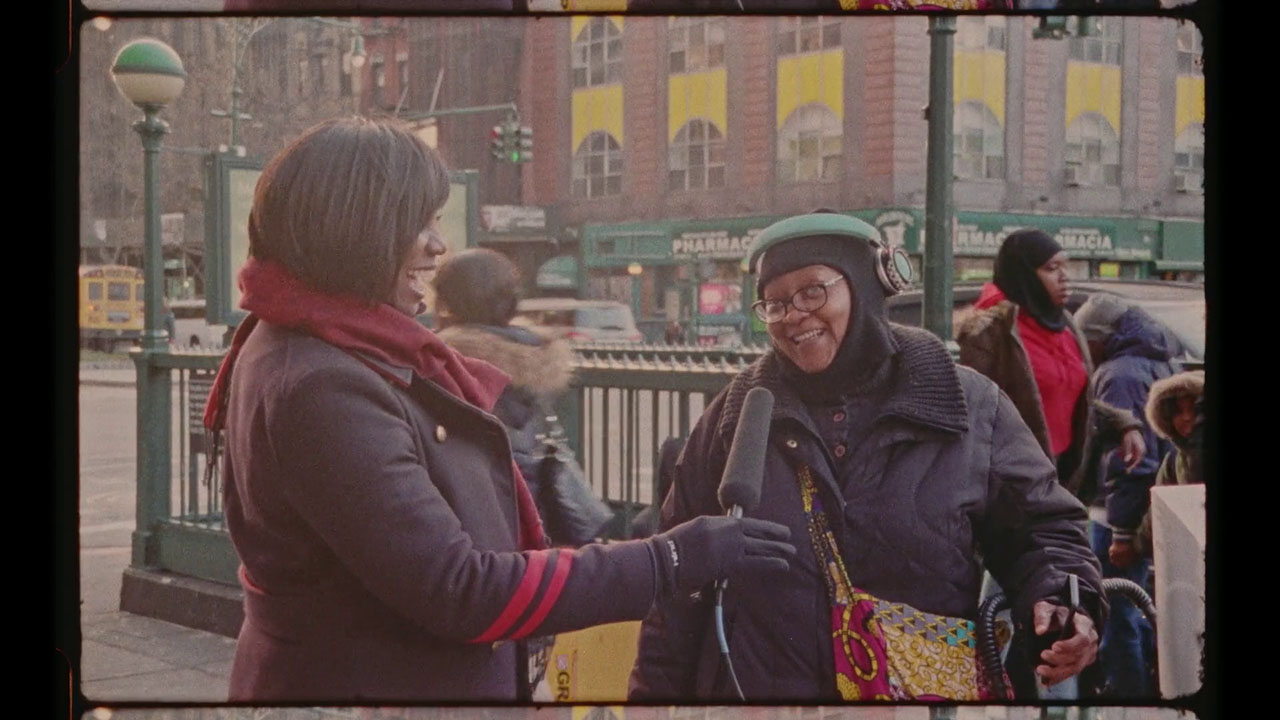 And since this was supposed to run at True/False with a couple of shorts, here’s something: a SXSW 2020 selection which moved onto vimeo instead. SXSW was the first fest to be canceled, and it happened while we were at True/False, the last fest to not be canceled. T/F got a last-minute premiere from SXSW on its final night, and I assumed everything else would move online and I’d hold a Quarantine Film Festival, but it turns out, after working hard for years to make your feature film and then getting accepted into fests, nobody wants to premiere on vimeo instead. Amazon’s doing a SXSW thing with only seven features, Mailchimp got all the shorts, and I watched this one then decided to focus on catching up with older films.

Stop-motion with 2D animation on top is pretty much my favorite thing… relationship-talk with zit closeups is about my least-favorite, so this short is gonna have to meet in the middle. Pretty fun example of displaying your influences – where Gaspar just stacked up his favorite books and movies for the opening scenes of Climax, Hoffman made miniature models of Persepolis and a Miranda July book for her character’s nightstand.