Portrait of an Aleutian island, interview of a local man with attention to language and landscape and animal life. Doubling and overlaps, adding and removing sounds, manipulating the colors (with a cool moment where you see the before and after). A town in the sky, the sea in the sky. Seals and jellyfish… this has got everything. 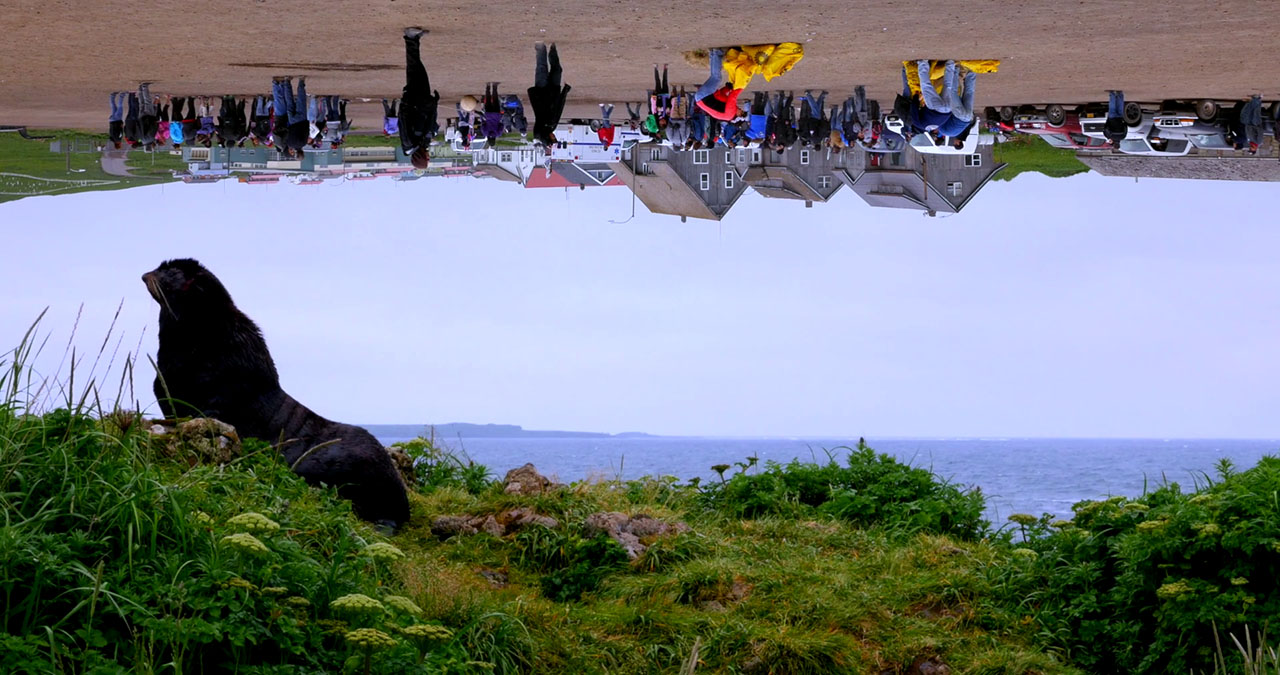 Rough/archival sound recordings, and rough audio editing to go with it. Wilderness and city, with some of the most abstract color-field, motion-smear and hand-marked imagery I’ve seen yet from Hopinka. Focused less around descriptive text like the last one, more conceptual. 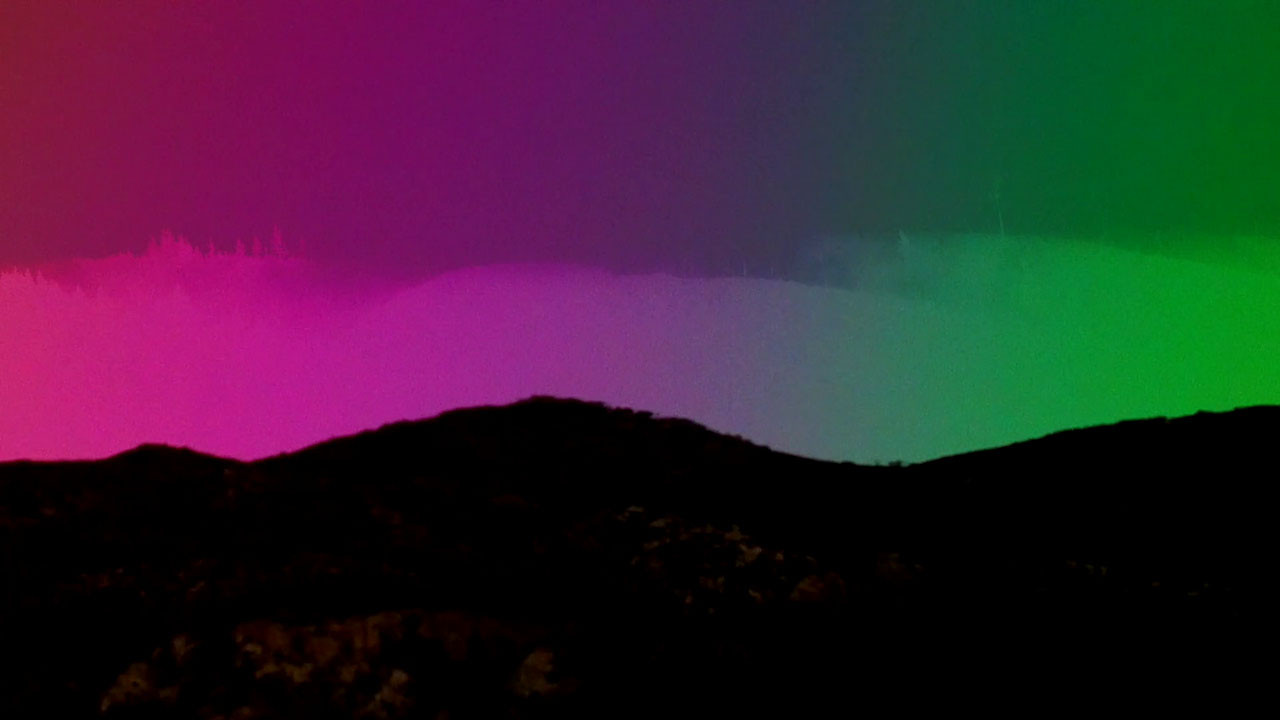 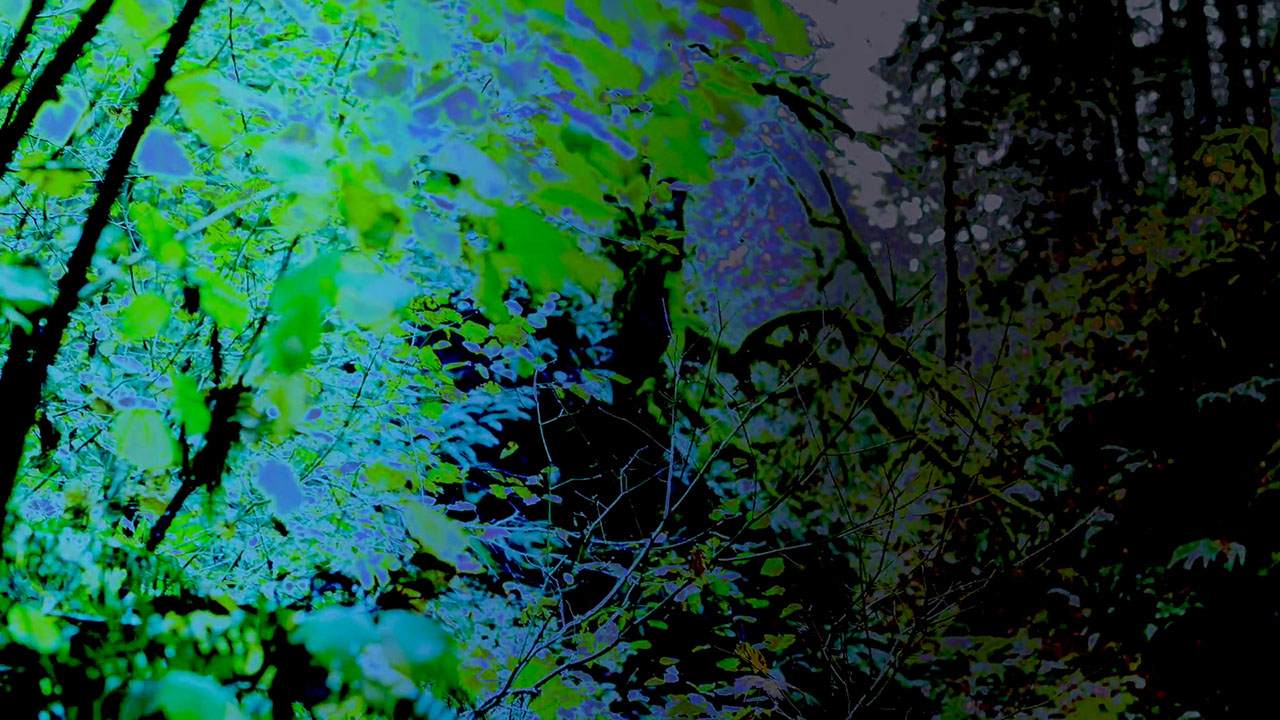 A whole different sort of thing. Letters written to a friend (who sometimes passes out) scroll from right to left, while the imagery ranges from vertical landscapes seen through an eyeball lens to invisible hooded persons against abstract backdrops to roads along burned-up hills to all sorts of landscapes. 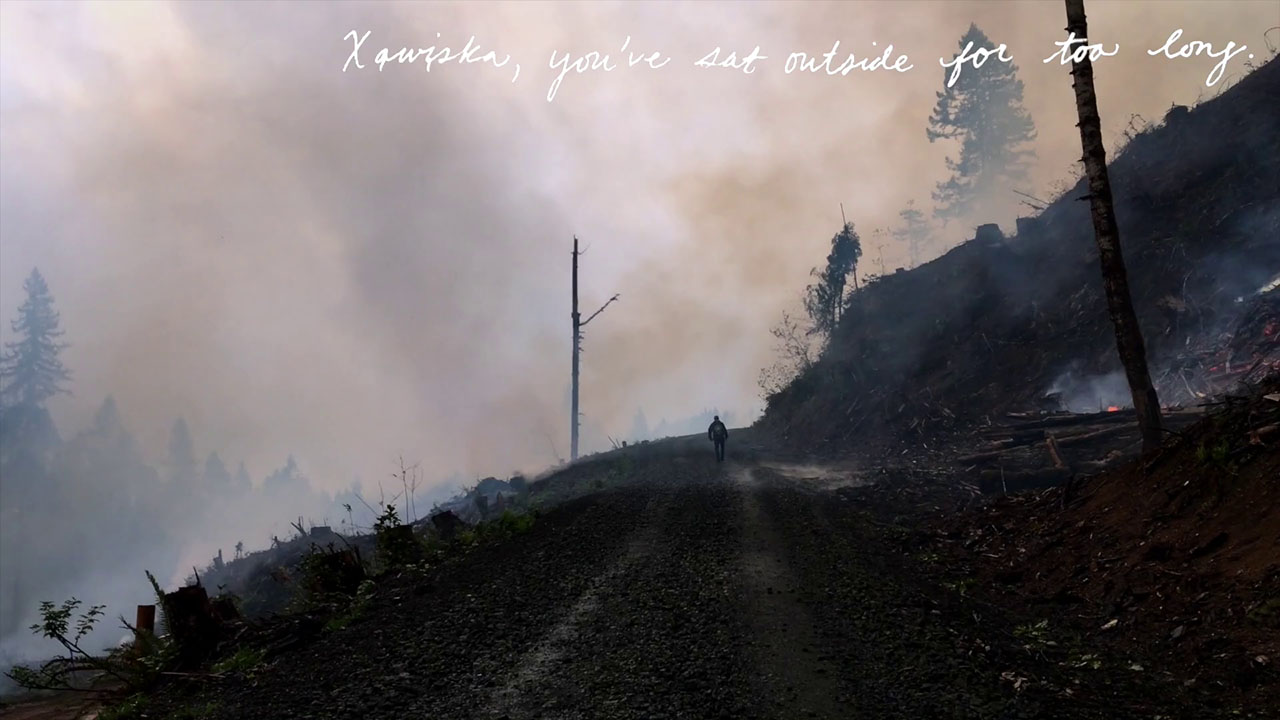 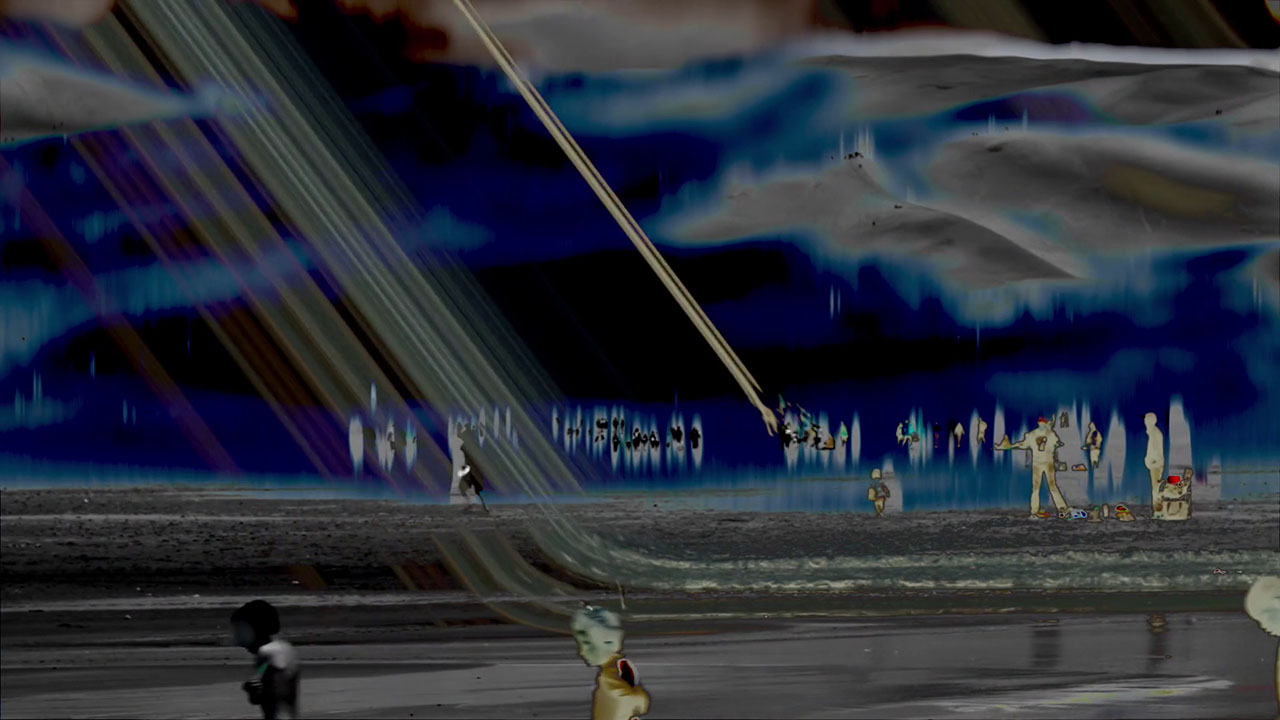 At band practice playing a Bo Diddley song, but more usually, on an overhead projector shuffling through colored films, a poetic correspondence spoken throughout. 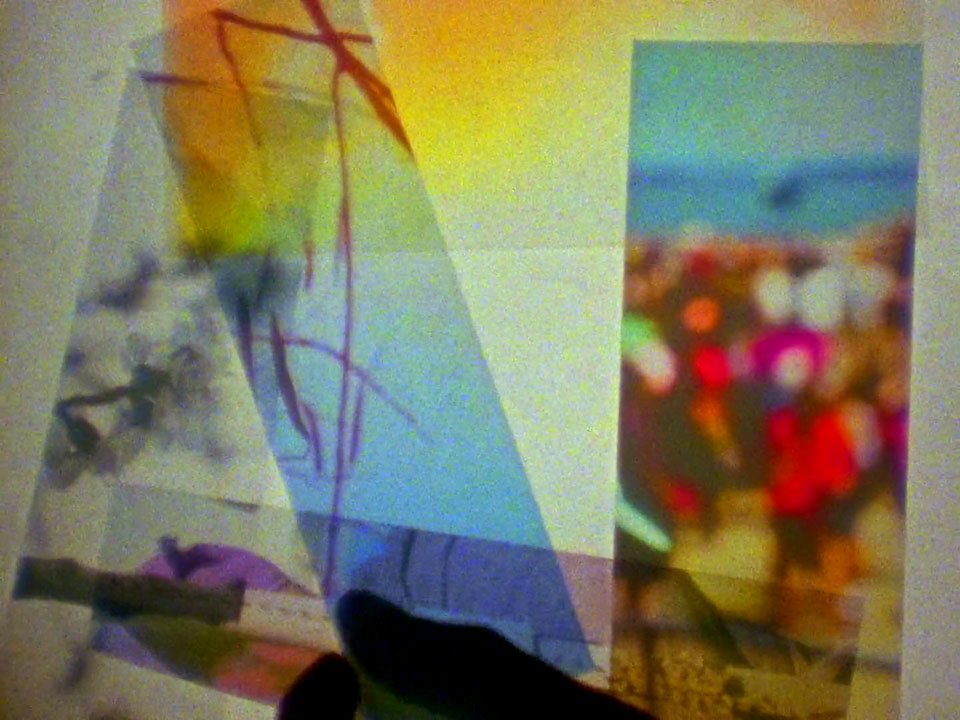