Qassem is always late for school, never does his homework, slacks off to play soccer. Things get out of hand when he decides to attend a big game in Tehran (about four hours northeast of his town – thanks, google maps). He steals money from his mother, borrows a non-working camera from his friend and scams every kid at school, claiming to be taking their portraits, then sells his soccer gear and hits the city. 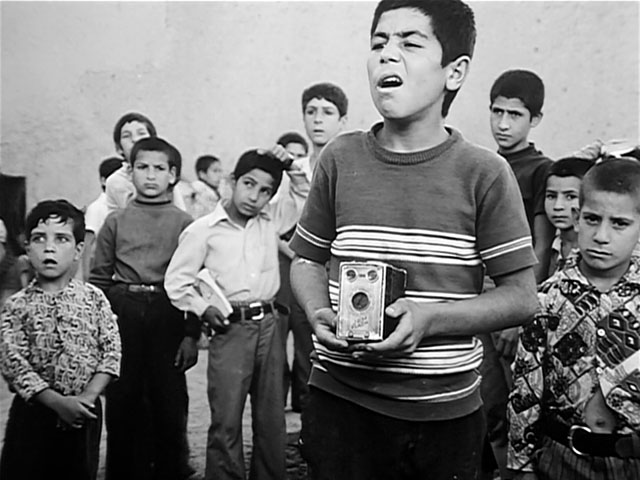 Once there, he has to buy a ticket from scalpers, but he gets into the stadium. Realizing the game won’t start for hours, he goes walking in the city, finds a grassy spot and takes a nap. He dreams of getting caught cheating at school, of all the kids in town ganging up and beating his ass. Wakes up at dusk, having slept through the game – last shot is him running through the empty stadium. 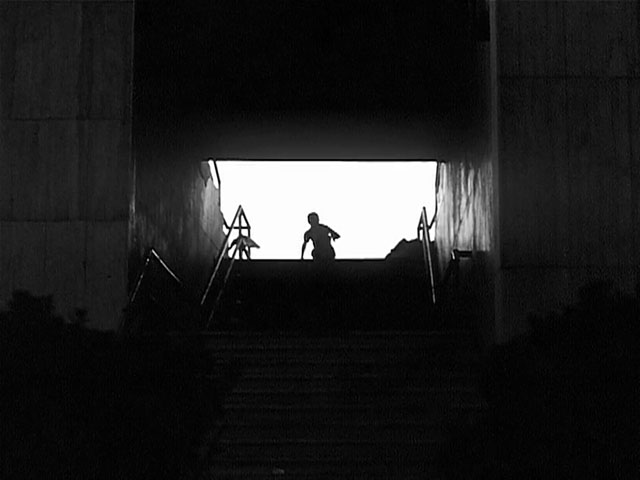 You can almost hear the narrator from Two Solutions to One Problem asking us whether Qassem deserved to see the game. The movie puts some fun hidden commentaries on Qassem’s state of mind in his schoolwork – another kid reciting a story in class might as well be narrating Qassem’s daydreams (“Kuzat had just one thought: to escape with all his might”), and a vocabulary drill hits on “outlaw, discipline, ambition,” and on the final word he gets inspired to sell his soccer goals for the last bit of money he needs to make his trip.

Criterion calls this Kiarostami’s first feature – it’s 74 minutes, while Experience the previous year was 60 – but Senses of Cinema calls them both “short features.” Semantics! It’s funny that SoC talks of Kiarostami leading the Iranian New Wave, since I couldn’t stop thinking of The 400 Blows during this movie.

Qassem with his parents: 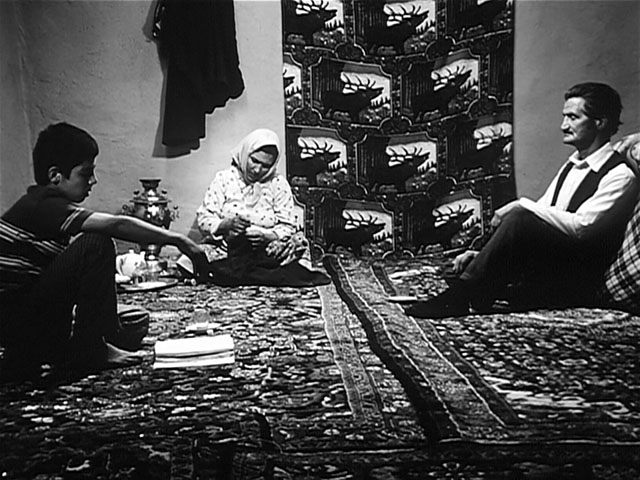 More elliptical story than Bread and Alley or Two Solutions for One Problem. Dara kicks a ball through a window at school, gets punished. He kicks another kid’s ball out of play, escapes punishment. Then he goes for a walk to the highway. There must be something I missed. Sharply photographed, with some tricks you don’t see much in Kiarostami films: a moving crane shot and a slow-motion effect. No dialogue except for the written intro. 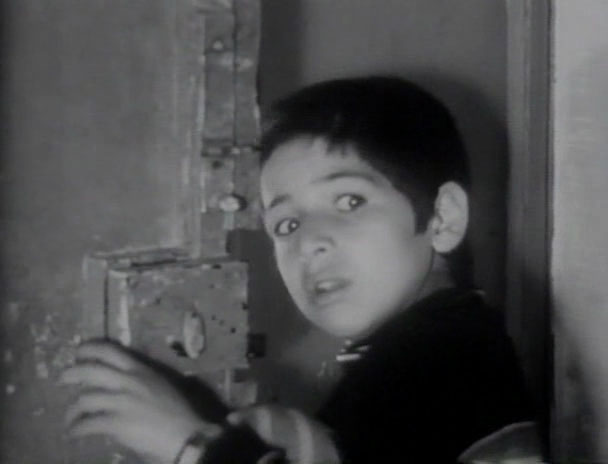 Oh my god, this one is my favorite. Opens with guy in a horse cart galloping through the alleys, but our hero is the old man with a hearing aid who slows him down. Good to see that even in Iran a favorite past time of elderly men is throwing crumbs to flocks of pigeons. Our guy goes home and removes his hearing aid due to obnoxious road work outside, then can’t hear when his granddaughter is at the door. More and more kids gather outside to help her shout to be let in, until finally he looks out the window. 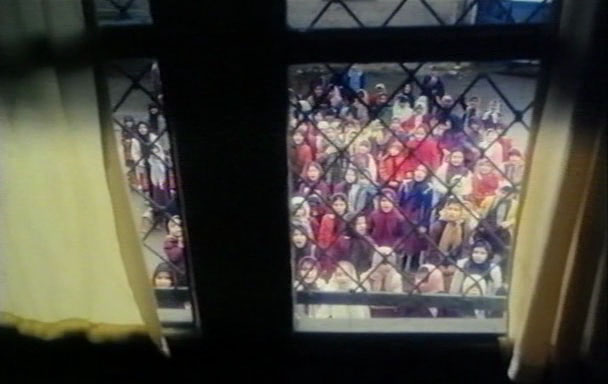