Since I’ve watched nearly all of Alain Resnais’s movies, and loved nearly all the ones I’ve watched, I had the completist urge to watch his hour-long entry in a series of TV episodes about creative types: Kafka, Vivaldi, Einstein among others in an optimistically-titled, short-lived series called The Audio-Visual Encyclopedia. Didn’t expect much, but it’s pretty remarkable.

Bertrand Tavernier digs through the archives: 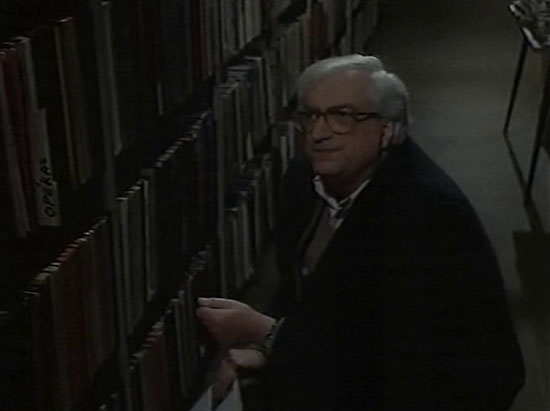 Opens with a player piano, seen but not heard, then people talking about Gershwin in different languages, unsubbed. The film’s writer Edward Jablonski is on screen talking about Gershwin when a narrator starts talking over him. Photos fade in and out, people vanish like in Not on the Lips. Resnais makes much of Gershwin’s erratic behavior shortly before dying of a brain tumor, uses this to justify interruptions and strangeness in the movie. And Resnais’s recent interest in graphics – see (or preferably don’t see) his comic-book movie I Want To Go Home – comes alive with illustrations.

One speaker is put on hold in a corner of the frame while the movie lets another person talk: 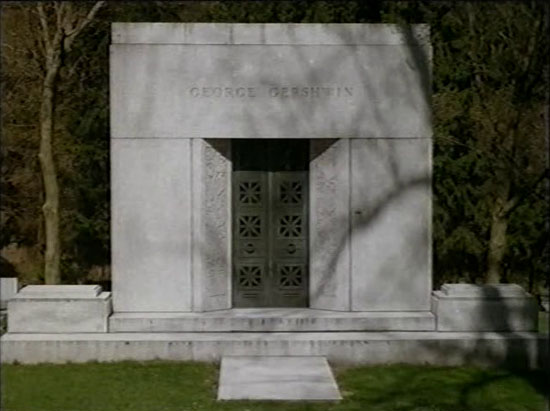